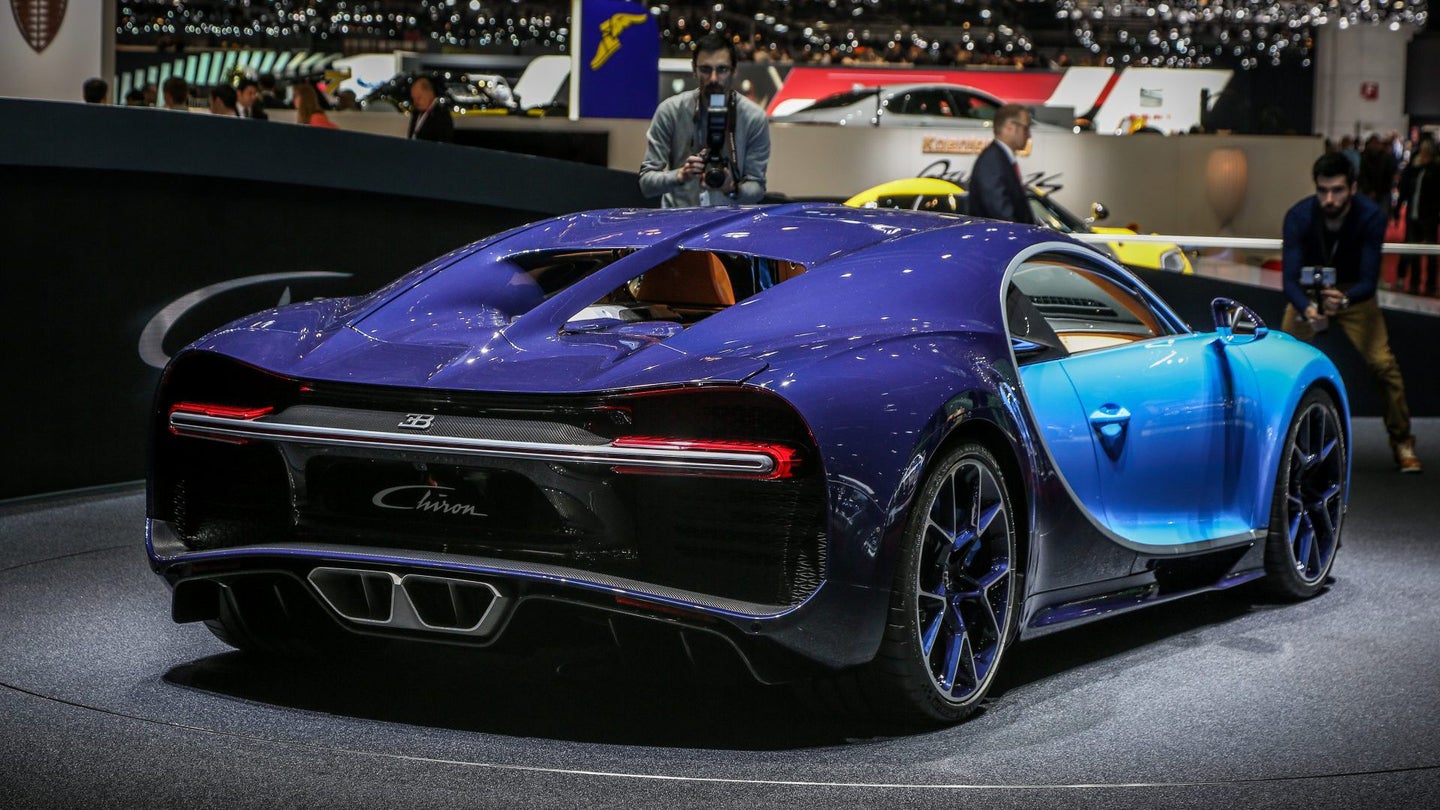 Bugatti has issued a recall on its $3 million Chiron hypercar over bad welds that can be found in the Sparco-sourced seat recliner brackets, affecting the driving position and giving the car's uber-wealthy owners a taste of the plebeian, minivan-pushing life. Well, sort of.

Turns out, the rich don't even do recalls the same way as we do. On top of a legally-mandated letter, affected owners will receive an email and personal phone call arranging an appointment to have their Chirons inspected. Bugatti's "Flying Doctor" technicians will then come to the owner's house, pick the car up, and transport it in an enclosed truck to the nearest Bugatti service center. If faulty welds are found, the entire seating assembly will be replaced free of charge.

All in all, 47 cars have been affected, 12 of which reside in North America.

With a production run capped at 500 units, the Bugatti Chiron is a successor to the mighty Veyron, besting it with a zero to 62 miles per hour time of 2.4 seconds and packing a 1,500-horsepower, 8.0-liter, quad-turbo W-16. While Bugatti has yet to announce an official top speed, it must top the Koenigsegg Agera RS's 277.9 mph if the company wants to take its "Fastest Production Car Ever" crown back.

Bugatti to Start Developing the Chiron Successor in 2019

Bugatti’s next hypercar is just 6 years away from production.