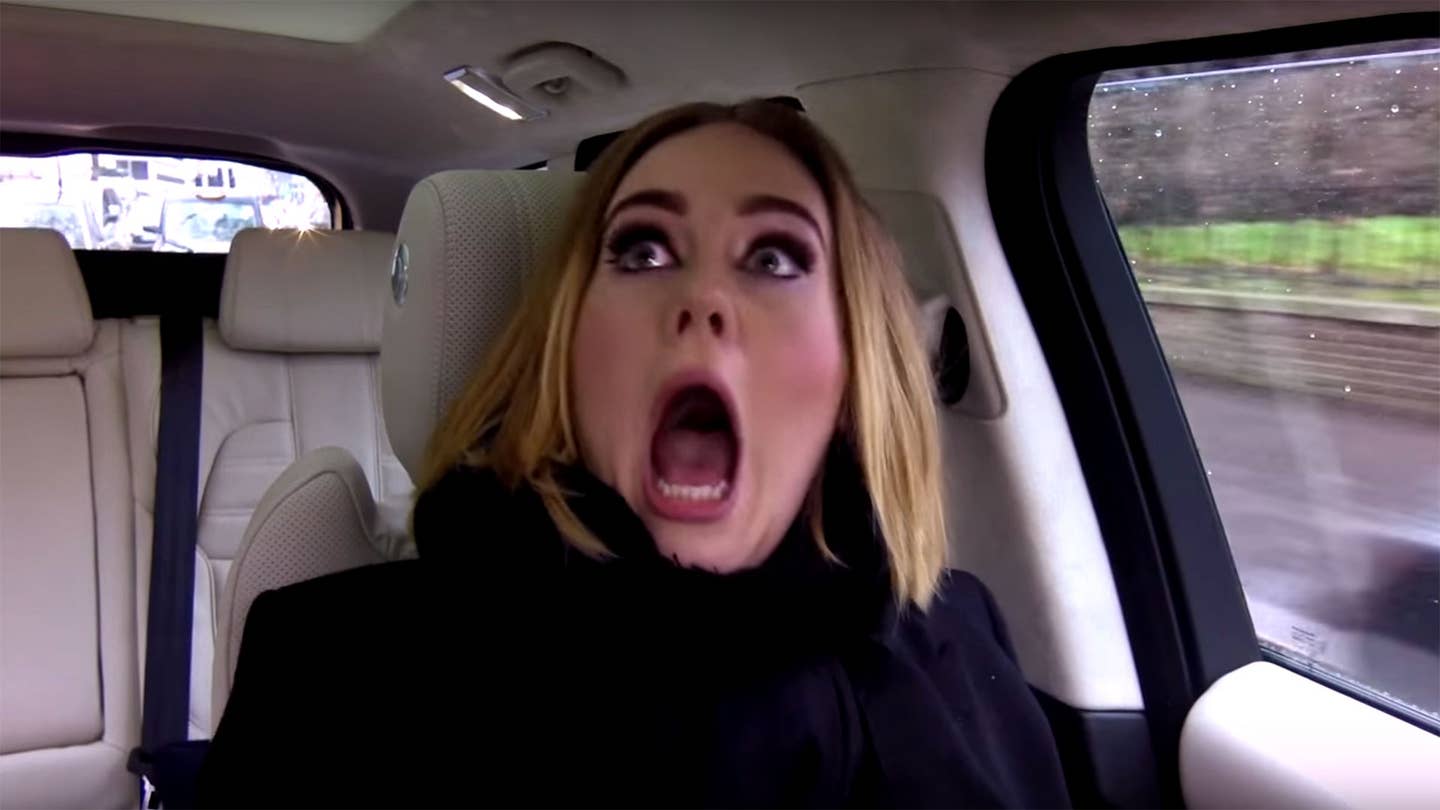 Countless are the tortured romantics who’ve belted out Adele’s smash-selling piano ballad “Hello” alone, at top volume, oozing palpable heartache, in the privacy of their cars. So it kind of makes sense the Grammy-winning British torch singer would wind up performing her hit in one—specifically, a black Range Rover Sport traveling the rain-slicked streets of London—for a segment on The Late Late Show With James Corden called “Carpool Karaoke” Wednesday.

In the 15-minute video, the cherubic chat show host handles chauffeur duties involving lots of seat-belted grooving. But he joins Adele for energetic duets on “Hello” and “Someone Like You,” although Corden’s voice is necessarily overwhelmed by her towering contralto.

The two affable Brits have a good old time together. They ponder getting into a fistfight with Taylor Swift’s squad; Adele spills a mug of tea on herself, raps along to Nicki Minaj and vamps to vintage Spice Girls. She joins an illustrious Late Late Show passenger list that includes Mariah Careyand odd bedfellows Rod Stewart and A$AP Rocky, all of whom previously wended through traffic with Corden, harmonizing and charming one other to create viral tremors across the internet. Wednesday’s edition was no exception: The hashtag #AdeleCarpool lit up Twitter. Three of Britain’s most beloved exports make for quality entertainment.