Although it will probably cost you. 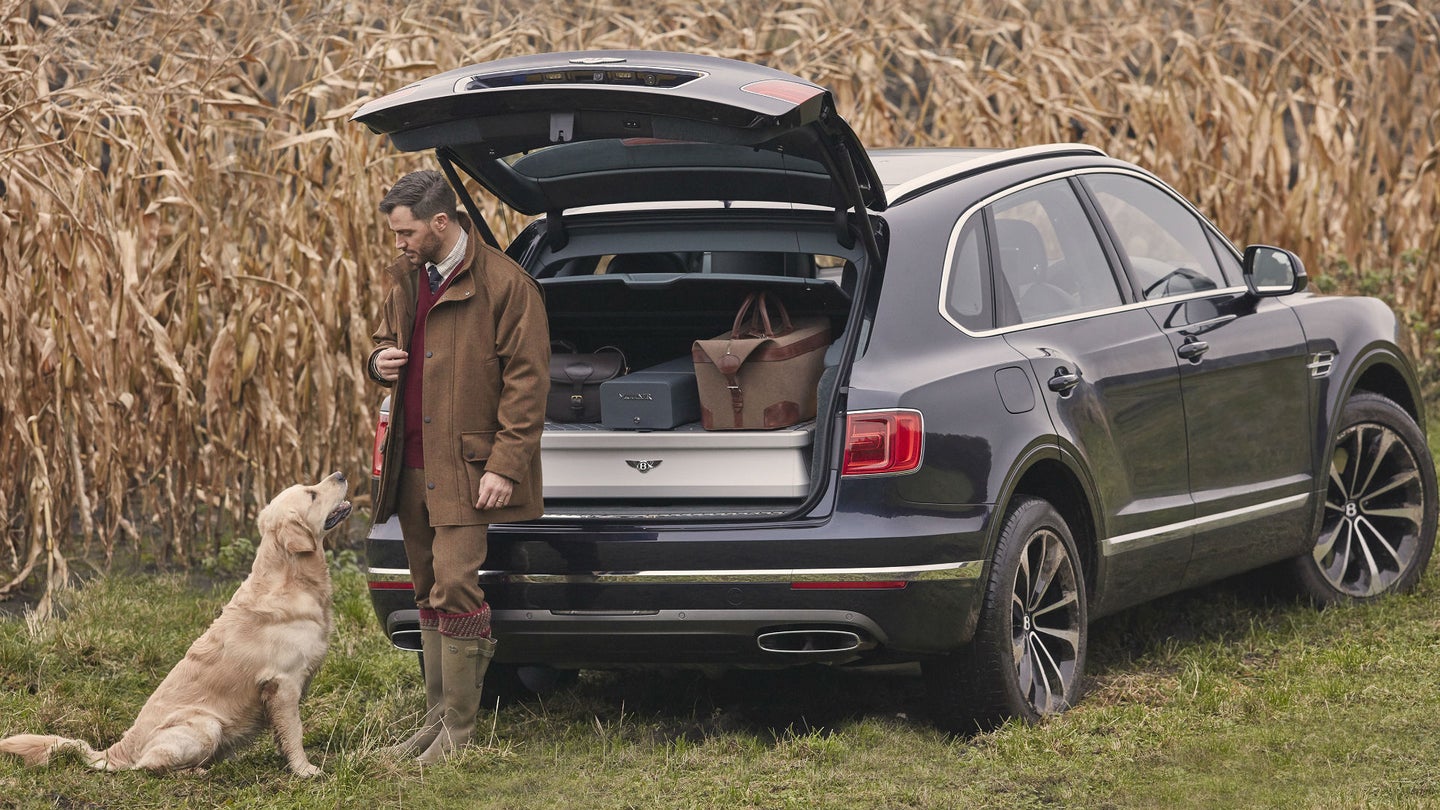 Bentley built another one-off version of its new luxury SUV called the Bentayga Field Sports, which it announced in a press release on Tuesday. This Bentayga has been crafted by Mulliner, Bentley's bespoke service that hand builds custom cars for Bentley's most loyal customers.

Mulliner partnered with London luxury shotgun builder Purdey to create the quintessential companion vehicle for hunters and other field sports enthusiasts. Bentley says Purdey is a great partner that shares Mulliner's values of bespoke craftsmanship and thoroughness, the process of building a Purdey shotgun can take as many as two years to complete.

Since the bespoke Bentayga is built with help from a firearms company, the main attraction of the Field Sports Edition is the special storage compartment in the 15.2 cubic-inch trunk with room for plenty shooting accessories. Mulliner created special cutouts for clothes, ammunition, drinks, and even binoculars. There's also a lockable humidor for storing cigars and a leather-swathed storage area behind the rear seats with space for two guns.

Don't let the Bentley nameplate fool you, the Bentayga is already a capable off-roader thanks to its multi-mode air suspension and arsenal of dynamic driving modes for any terrain. Its twin-turbocharged W-12 helps it rocket around dirt trails and clear steep inclines with the flex of a toe.

Bentley won't name the cost, but a one-off Mulliner-built variant is sure to fetch a much steeper price than a regular $230,000 Bentayga.