On David Bowie and Car Crashes

Did a cocaine-fueled accident really inspire one of The Thin White Duke’s greatest tracks? 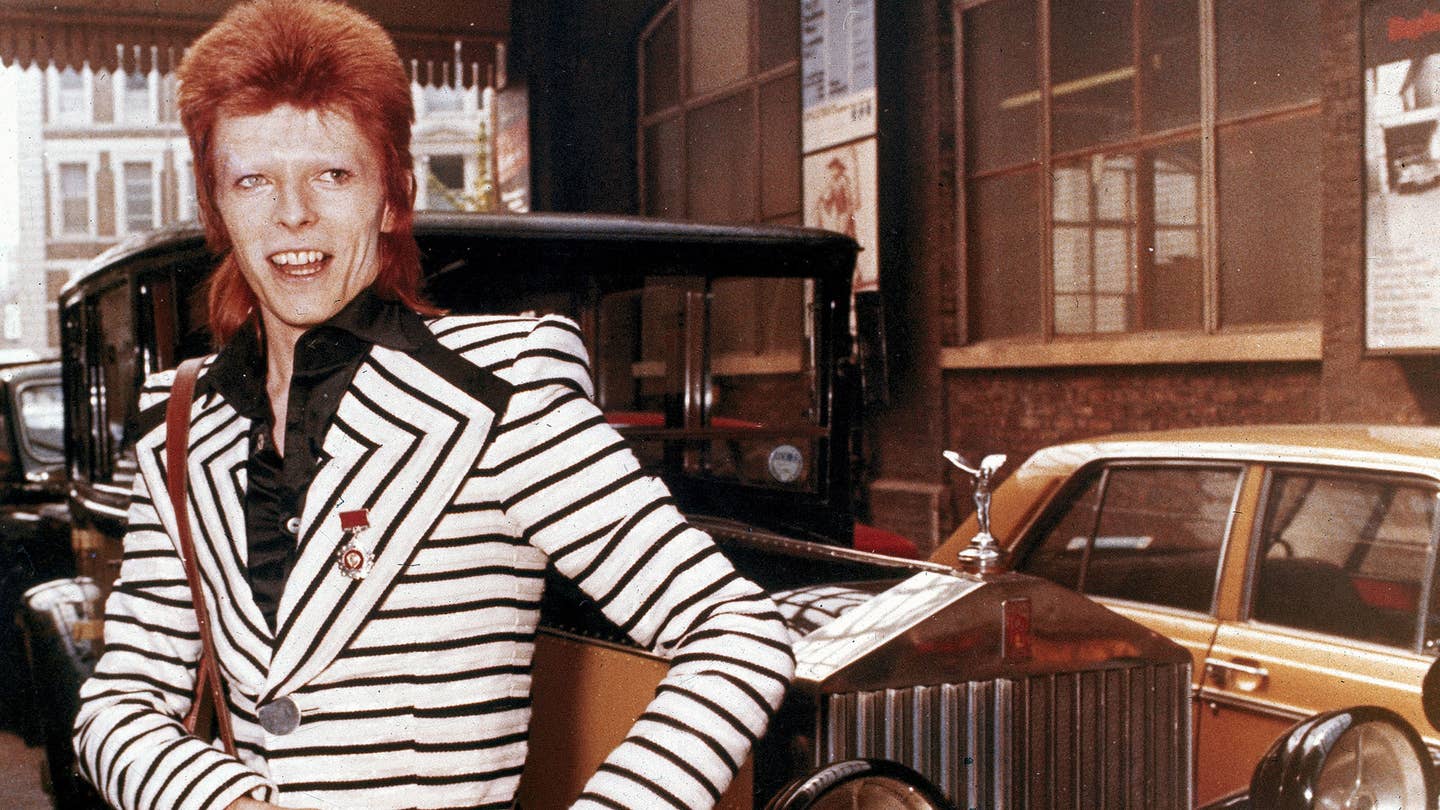 David Bowie, who died this morning at age 69 after a long battle with cancer, was a pop genius. And as a five-decade, polymorphic superstar, the man spent his share of time in fine limousines with beautiful women and, we presume, oodles of cocaine. Though he referenced the Ford Mustang, a Cadillac and Chrysler, Bowie wasn’t a car guy. He was, however, a futurist who appreciated the place of automobiles in the lives of modern humanity. Some of his more notable exchanges with the public took place on Amtrak’s Ethan Allen Express, from Penn Station to Rhinecliff, NY, where Bowie owned a farm.

The song isn’t about crashing cars, really. It’s about repeating the same mistake over and over again—the very definition of insanity. Bowie sings about a woman named Jasmine looking on while he speeds around a hotel garage at 94 miles an hour.

Jasmine, I saw you peeping
As I pushed my foot down to the floor
I was going 'round and 'round the hotel garage.

According to modern folklore, the lyrics are a reference to an actual incident in Bowie’s life, at the height of his cocaine addiction. While driving a Mercedes, he spotted a peddler who’d ripped him off—so he rammed the dealer’s car repeatedly, then fled to an underground hotel garage and drove in circles for hours. The classic hit-your-drug-dealer-and-run maneuver.

Like the best protean qualities of great David Bowie, it’s hard to tell if this oft-repeated tale is true. But we appreciate it nonetheless. Because rock ‘n’ roll is about mythos, and Bowie’s was second to none. He transcended so many things, fashion and music and surrealism and performance art. Maybe he wrote a fantastic song recalling his cocaine-fueled road rage in Mercedes. Or, maybe, he just conjured it out of thin air and made it feel real. Today, when I woke up in a world without David Bowie, I’m not sure it really matters.