Autozam: Cute Car That Wishes It Were a Supercar

It looks like a supercars baby, but the rare Japanese import Autozam AZ-1 can be yours if you are willing to bid for it. 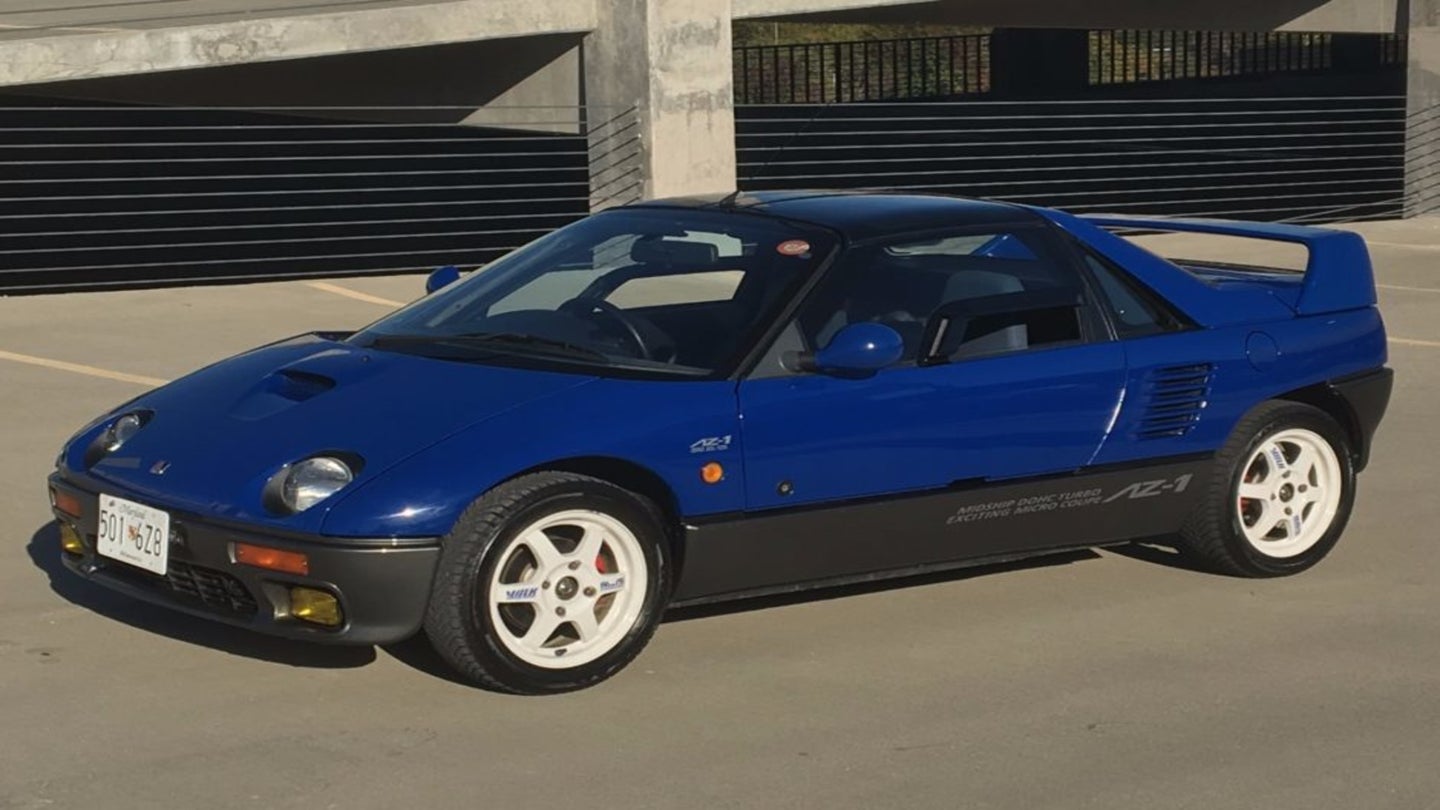 For the second time in a month, an Autozam AZ-1 has appeared on Bring a Trailer. The Autozam AZ-1 for sale is a 1992 model and features a mid-mounted 657cc turbocharged three-cylinder engine, a five-speed manual transmission, and most importantly gullwing doors.

We covered the one that was up for auction last month and that Japanese kei car ended up selling for $18,277 with more than 101,000 kilometers on the clock, but it was one of the earliest models sold. It was car number four of the 4,392 that were produced. The Autozam currently for sale has been driven for over 143,000 kilometers, roughly 89,000 miles. The car has a HKS intake, an aftermarket exhaust, a blowoff valve, Momo steering wheel, and Volk TE-37 wheels. Strangely enough, the previous Autozam was also fitted with Volk TE-37 wheels at the time of auction as well as having the same color, Siberia Blue and Venetian Gray.

The Autozam is definitely a people pleaser. The one sold last month ended up at Monterey Car Week shortly after it was imported into the country, where it won two awards at The Little Car Show. I personally know the Autozam currently for sale is a people pleaser as well. How do I know? Well the car has visited my local Cars & Coffee and was turning heads when I saw it. Most do not know what it is when they see it, so it is definitely a conversation starter.

As of my writing, the Autozam AZ-1 has a bid of $12,850 with five days remaining. Sadly, if I urge you to go and bid, it will most likely be taken away from my area, but go do it anyway so others can enjoy seeing this unique ride.