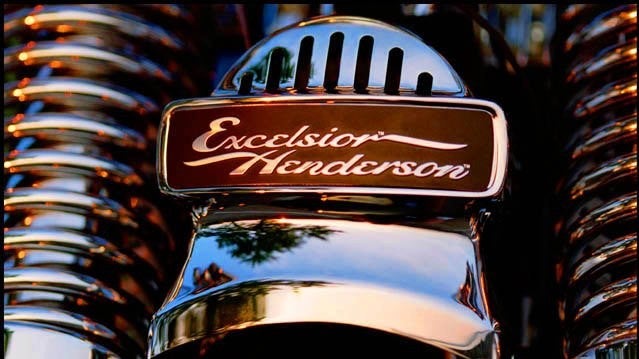 Anyone could buy one vehicle at an auction, but what about an entire brand? At the Mecum auction in Las Vegas, Nevada on Jan. 27, 2018, the entire Excelsior-Henderson brand will be sold to the highest bidder. This includes the brand name, all intellectual property, web domains, and expired patents.

If you’ve never heard of Excelsior-Henderson, we don’t blame you, but it used to be a pretty big deal. It used to be part of the “big three” of American motorcycles, right up there with Harley-Davidson and Indian. It was part of the Schwinn empire and ownership decided to kill the brand around the time of the Great Depression in the early 1930s in favor of bicycles, which was a wise business decision at the time. The brand made a brief, rather insignificant comeback in the 1990s producing fewer than 2,000 bikes and now the owners of the brand are ready to give someone else a turn.

Whoever ends up winning Excelsior-Henderson will be taking a huge risk. The competition for motorcycles is hot right now and cruisers are no exception. The American cruiser market is already a bit crowded between Harley-Davidson and Indian. That’s not even counting European and Japanese competition.

Excelsior-Henderson might be better off as a boutique brand than anything else, building low-volume bikes with an antiquey vibe rather than taking a shot at a high-volume, entry-level cruiser and getting eaten alive by the Indian Scout and Harley-Davidson Sportster. Whatever happens to Excelsior-Henderson, we’ll be rooting for it.