NASCAR cars are known for rubbing fenders, this one looks like it will buff out. 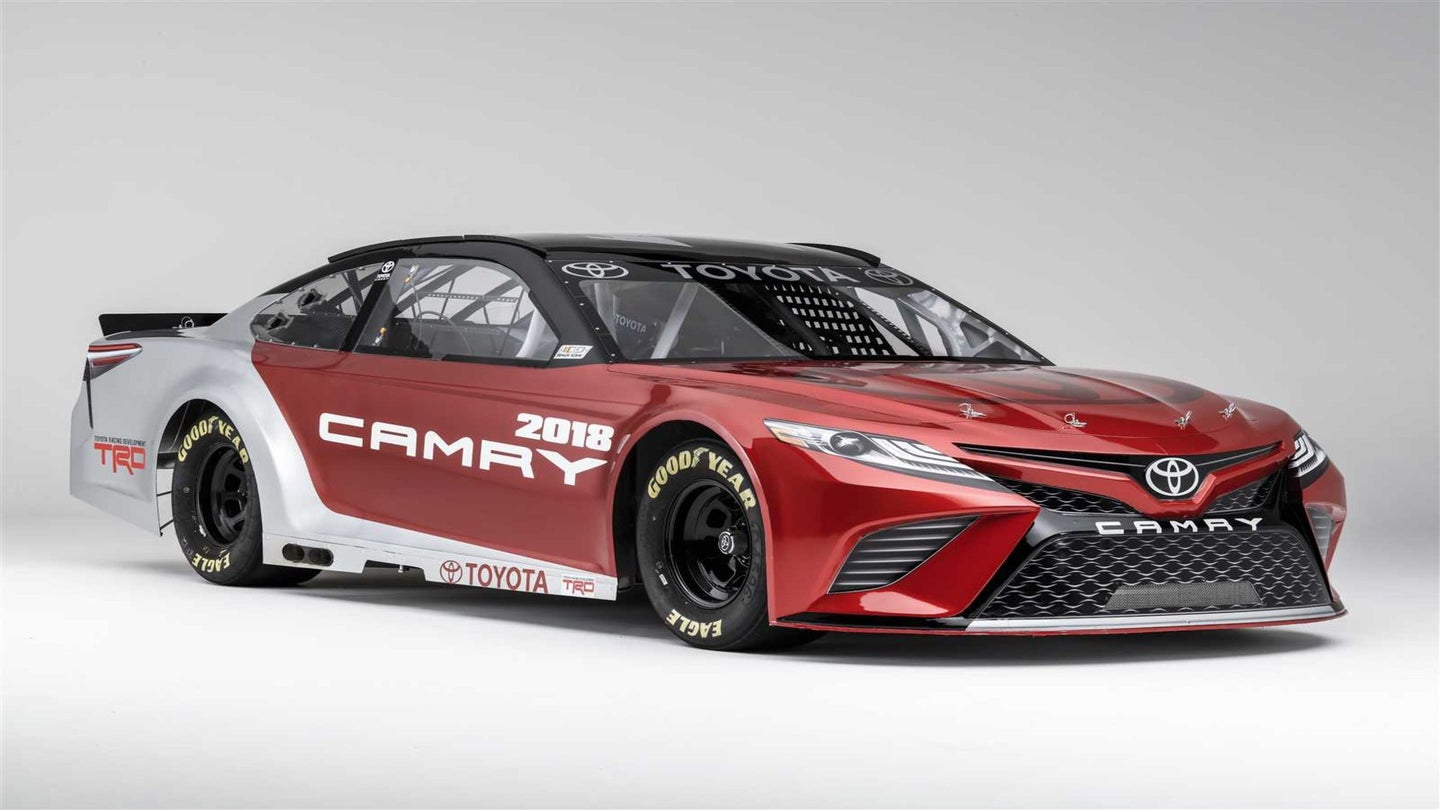 When racing comes to your city no matter the form, promoters like to showcase race vehicles for the visiting city and the local media and NASCAR is no different. This week NASCAR visited downtown Charlotte, North Carolina to promote the upcoming Bank of America 500 race which will be NASCAR's first road course playoff race in the 14 year history of playoffs.

The media event was located near the NASCAR Hall of Fame, but streets were open with NASCAR racecars parked curbside. Not closing the streets was probably a mistake, because a Caution Flag had to be thrown when a SUV came down the street and hit one of the Toyota Camry NASCAR racecars as it attempted to exit it's parking spot.

The NASCAR Camry was an apparent pace car-show car, so someone was channeling their inner Cole Trickle.

Harry Hogge: All right. While we're still under a caution, I want you to go back out on that track and hit the pace car.

Cole Trickle: What for?

Harry Hogge: Because you've hit every other goddamned thing out there, I want you to be perfect.

The SUV caught some air from the hit and received most of the damage while the NASCAR Camry appears to only have a damaged fender which buckled the hood. You have to wonder the insurance issues with hitting a NASCAR car.

While the accident occurred, NASCAR driver Brad Keselowski was being interviewed by a local news crew. "We just saw a car wreck!" said Keselowski.

I am guessing next time, they might close the road.