A new, old-school sort of hero. 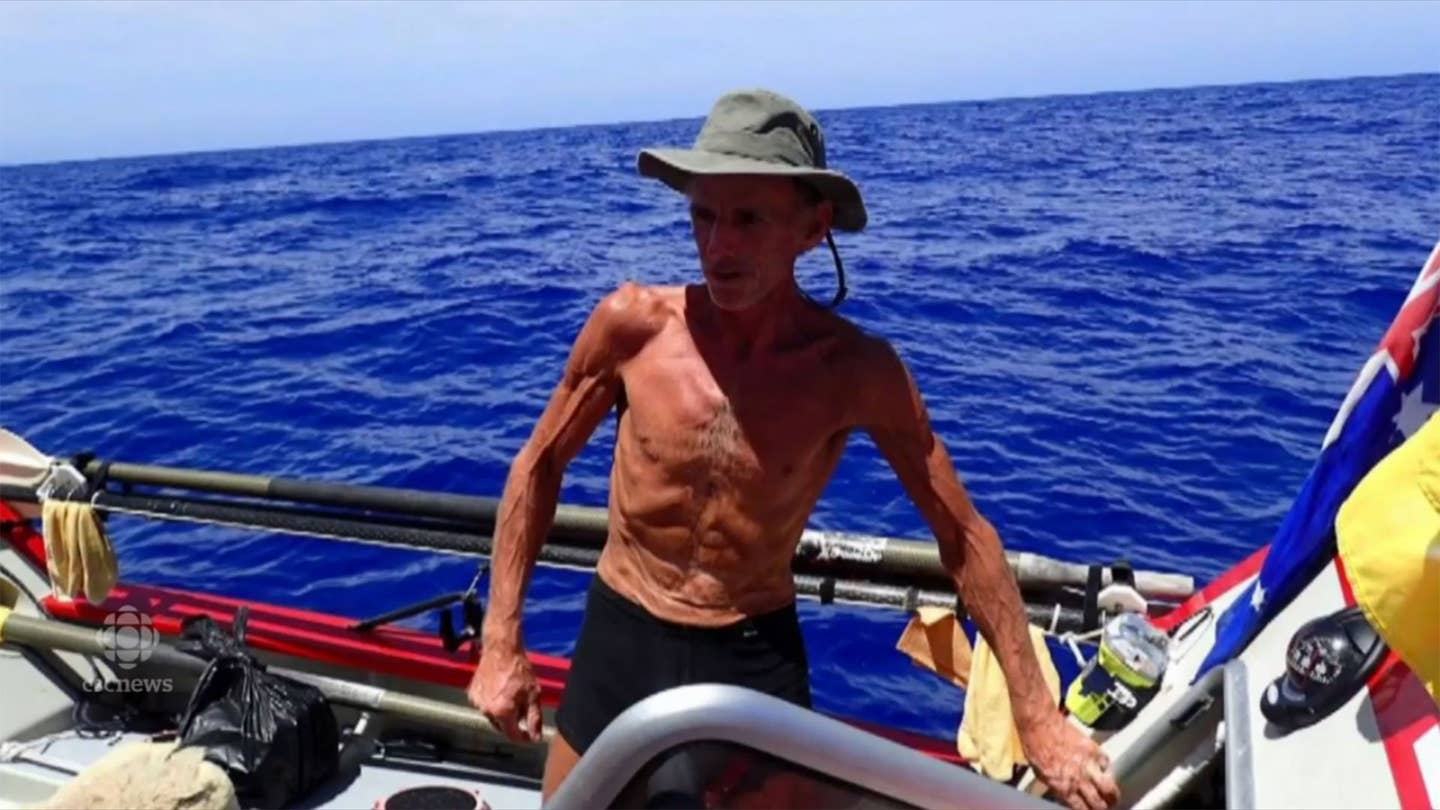 John Beeden arrived in Australia looking like a tanned skeleton. The 53-year-old Englishman had just rowed 7,400 miles, nonstop and solo, from San Francisco to Cairns, Queensland, Australia. The effort took Beeden 209 days, an extraordinary feat of dedication and endurance.

Attainable records are falling. It gets tougher every year to set an important record. (Ask us how we know.) Firsts, those rarer still. Firsts put you in with Lindbergh and Yeager and Slocum and Knox-Johnston. And even in that elite and daring company, yard for yard, few of those intrepid voyagers had it as tough as Beeden did.

Piloting a 19-foot composite rowboat with a tiny cabin and all the supplies needed for months of travel at sea, Beeden accomplished his feat by rowing fifteen hours a day. The record was set despite challenging conditions that delayed his arrival by a month.

"Didn't think I could go on and had to dig deep and getting pushed back hundreds of miles that you have already rowed and you have to row it all again," he told the Australian Broadcasting Company.

Challenging conditions. Have you seen the Pacific in a storm? It’s terrifying. Ships, whole ships, can be tossed around like toys. Wind-driven waves regularly grow larger than the entire length of Beeden’s boat. And it’s the irregular ones that get properly terrifying.

We’ll throw money and watches and laurels upon our racing heroes at Le Mans and Daytona. John Beeden was happy with a Ginger Nut cookie when he was reunited with his family in Carins. So tip your hat to that man, because he just put all our endurance racing efforts to shame.

Trans-Pacific Partnership or No, We Still Won’t Get the Cool Trucks

Could a free-trade deal signed by President Obama bring Euro-only trucks to America?