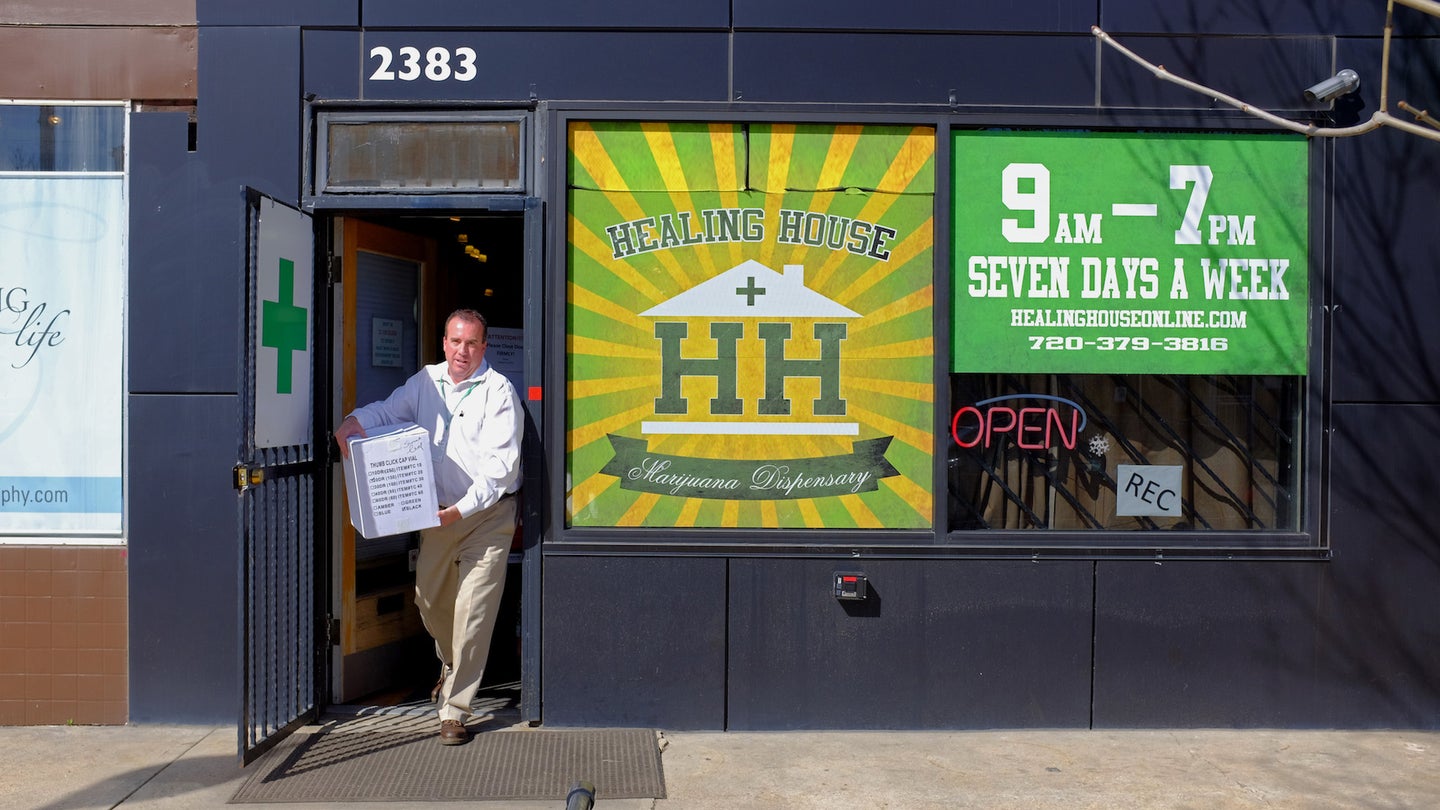 The California Bureau of Cannabis Control introduced new regulations preventing unmanned aerial vehicles from delivering marijuana across the state. California, which legalized recreational marijuana by passing Proposition 64 in 2016, will begin issuing licenses to retailers and businesses on January 1st of next year. What we’re seeing now is an example of future scenarios being discussed and analyzed. If weed is legal, drone delivery is legal - is the natural next step legal, too? Well, according to FastCompany, it seems slightly more complicated than that.

Reportedly, the issue that can’t be overcome is that weed delivery legally requires aface-to-face interaction, as well as being done indoors, after arriving via motor vehicle. “Deliveries may be made only in person by enclosed motor vehicle. Cannabis goods may not be visible to the public during deliveries. Cannabis goods may not be left in an unattended motor vehicle unless the vehicle has an active alarm system. Vehicles used for delivery must have a dedicated, active GPS device that enables the dispensary to identify the geographic location of the vehicle during delivery.”

In short, "Transportation may not be done by aircraft, watercraft, rail, drones, human-powered vehicles, or unmanned vehicles."

Of course, beyond-line-of-sight regulation - which prohibits a pilot from flying a drone out of sight - seems to be another wrinkle in overcoming this kind of restriction. The aforementioned Bureau of Cannabis Control has released their ‘Initial StudyNegative Declaration’ to the public last week, which goes into an astonishingly extensive amount of detail and scenarios.

Feel free to wade through some of it. It's interesting to see the legalese and way of thinking employed, as it can give you a little glimpse at the future. Will drones always be banned as a delivery method for marijuana? Probably not, but we're living in the early days of UAVs, where everyone is trying to re-assess how to navigate these unexpected scenarios. We'll be sure to report on the evolution of this intersection of drones and marijuana, as new problems are encountered and new solutions are proposed.