“As female racers we are racers first, and our gender comes second,” wrote Mann. 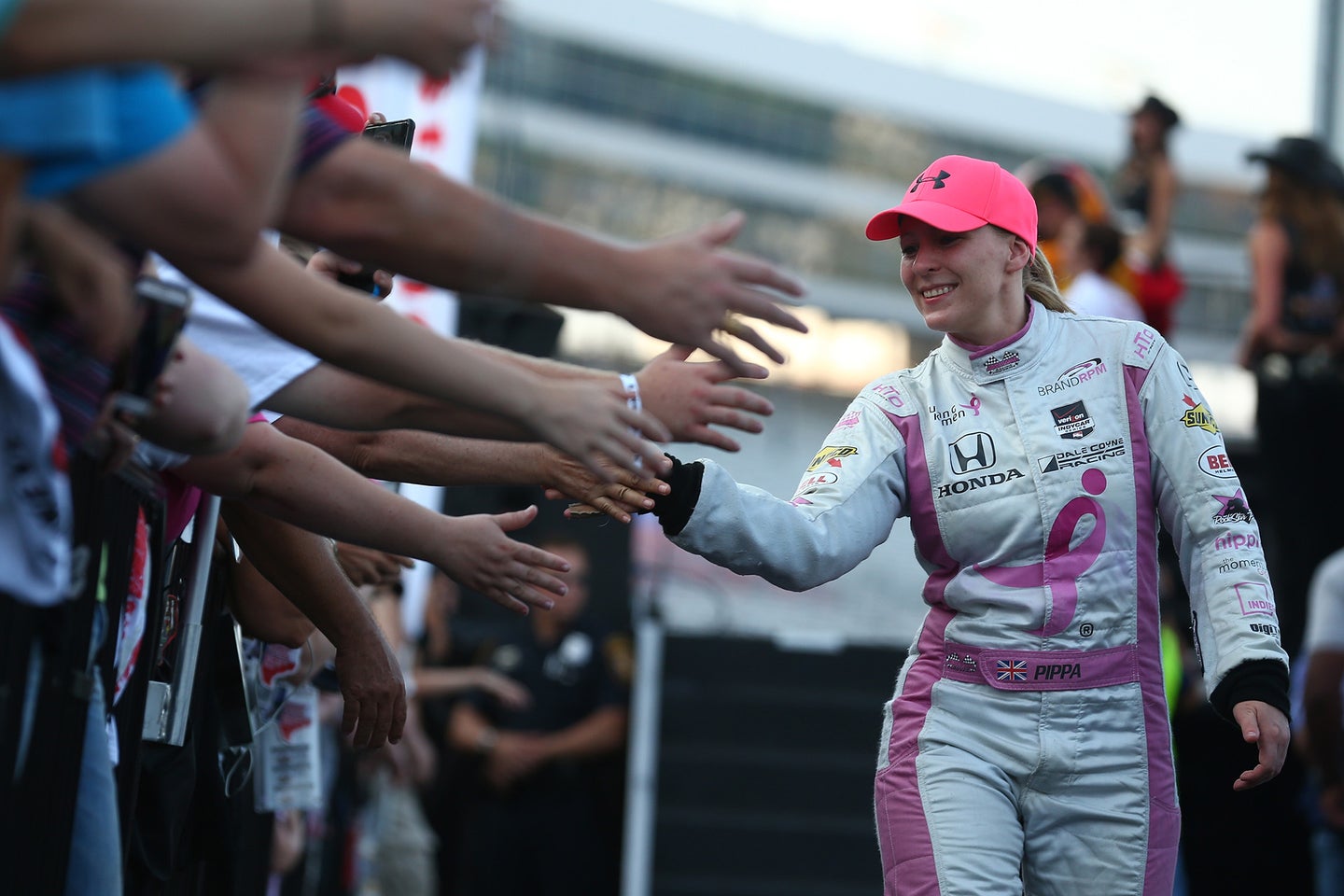 NASCAR's Danica Patrick, NHRA Top Fuel Champion Shirley Muldowney, World Rally Championship driver Michèle Mouton, IMSA's Christina Nielsen, and IndyCar racer Pippa Mann are just a handful of successful female racers who compete and beat men in races on a regular basis. Though these drivers have succeeded and continue to succeed in the motorsport world, efforts to segregate women into their own separate series are still alive and well.

On Monday, Mann wrote about a women's series that she declined to name forming in Europe that had approached her for her support. Mann had already declined this series three years ago because it is trying to make a spectacle out of the novelty of women racers rather than support them in existing mainstream racing efforts.

"As female racers we are racers first, and our gender comes second," wrote Mann. "We grew up dreaming of winning races, and winning championships, against everyone – the same as every male racer does. We did not grow up dreaming of being segregated and winning the girl’s only cup."

Although cars are stereotypically considered to be a "guy thing," the stereotype is quite wrong. Additionally, motorsports are one of the few sporting venues that allow men and women to compete directly against each other. Some people take offense to the existence of these classes, yet there are no rules prohibiting women from competing in open classes instead. I have personally been defeated by women in these open classes, and I was the first to congratulate them and shake their hands afterward, just like any driver should.

For an example of a motorsport that treats women well, look at the North American rally scene. Whether RallyAmerica, NASA Rally Sport, the American Rally Association, or SCCA RallySprints, I see more women involved in rally than in any other form of motorsport. And they are involved at all levels–drivers, co-drivers, crew, and volunteers. Best of all, they are taken just as seriously as any man. They should be because they're just as competent, no matter what their job is. The rest of the motorsport world could learn a thing or two from the rally scene.

Some might argue that Mann is not standing up for her fellow women by speaking out against a racing series that would promote women. But I agree with her point that a separate racing series for women isn't needed. One by one, racing series are doing away with grid girls in an effort to be less sexist. How would a women-only racing series be any less condescending? It sends the message that women need their own series because they can't keep up with men, and that simply isn't true. The resources going into this new women's racing series would be better spent helping women succeed in existing programs and further leveling the playing field between women and men.

Bantam Jeep Heritage Festival organizers want to provide a place for women to learn “without the stress of their husbands’ [judgment].”

The Women and Wheels Project

Sarah Vaun showcases the females who ride, wrench, and race.