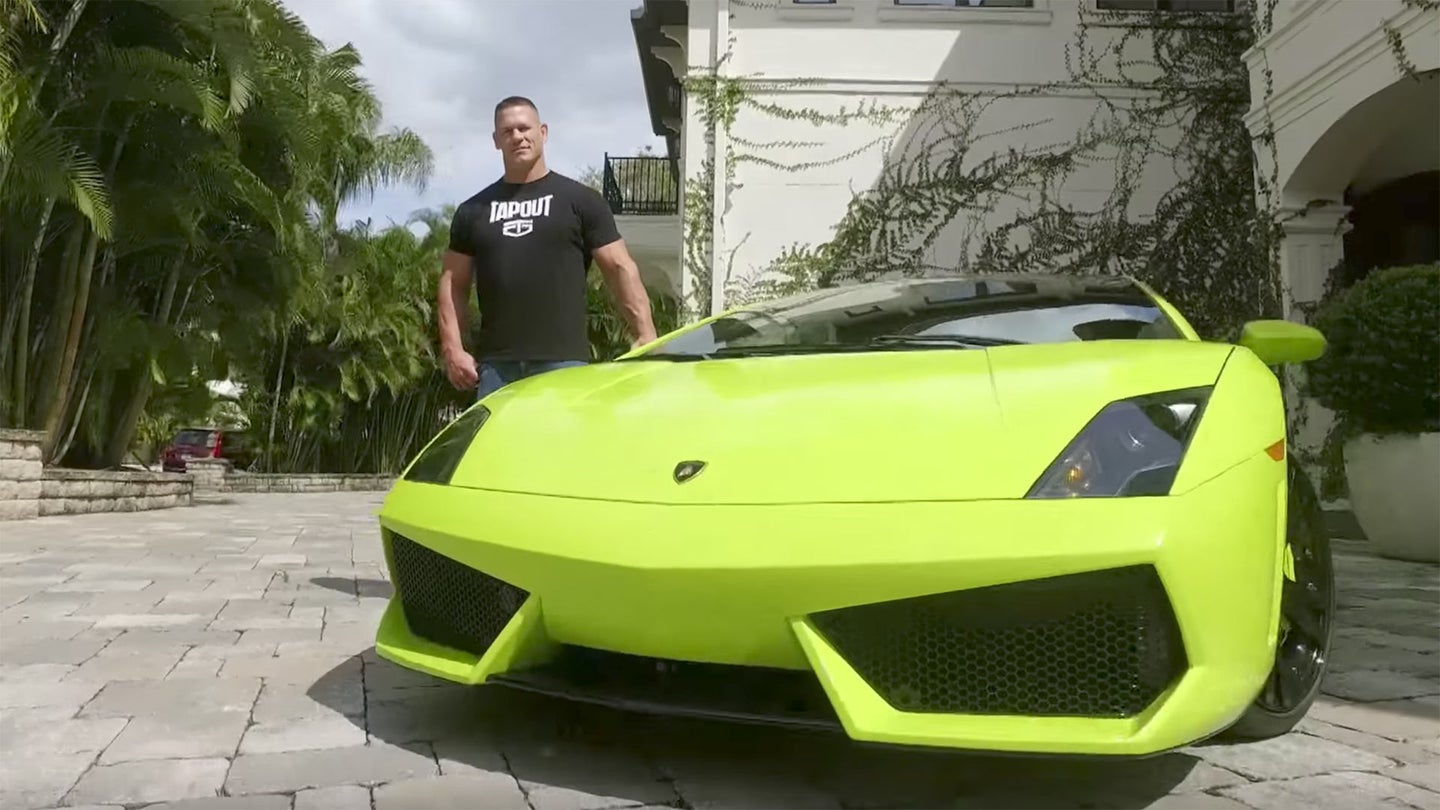 When you think of John Cena, you usually think of the WWE, a flurry of mediocre movies, and his lifting prowess. However, you do not think of him as a car reviewer. At least, I didn't...until now. After spending a little time stalking the YouTube account The Bella Twins, I discovered that John Cena has a knack for reviewing and giving an in-depth tour of a wide variety of supercars. John Cena has proven he knows more than the average celebrity when it comes to performance and build history behind the exotics they seem to daily drive.

Over the course of approximately 20 minutes of Cena time, I saw him review a 2006 Ford GT, 2008 Mercedes-Benz SLR McLaren, 2009 Lamborghini Gallardo LP 560-4 and a 2012 Range Rover Autobiography Ultimate Edition. All of these cars would be interesting to ogle in their own right, even if the actor/wrestler had little to say; lucky, Cena goes way beyond, "I like the way it looks."

For example, on the Ford GT, Cena explains there were only four options in 2006 Ford GT: forged alloy wheels, red brake calipers, a McIntosh sound system, and Ford GT racing stripes. Cena also dives into the performance of the Ford GT and how the supercar produces 550 horsepower through 5.4-liter V8. But perhaps the most important thing Cena says during the episode covering his current Ford GT is that "you may or may not see one [a 2017 Ford GT] here on Auto Geek."

By the time I cycled through all of the Auto Geek videos, I feel confident that Cena is a true auto nerd (can't say auto geek again, that would be lame) and worthy of his own show. From here, I'd love to see a show where Cena goes to other celebrities' houses and asks them how much they know about their own cars.