Why Not Buy This Panoz GTS Racecar?

This true track day special is up for grabs. 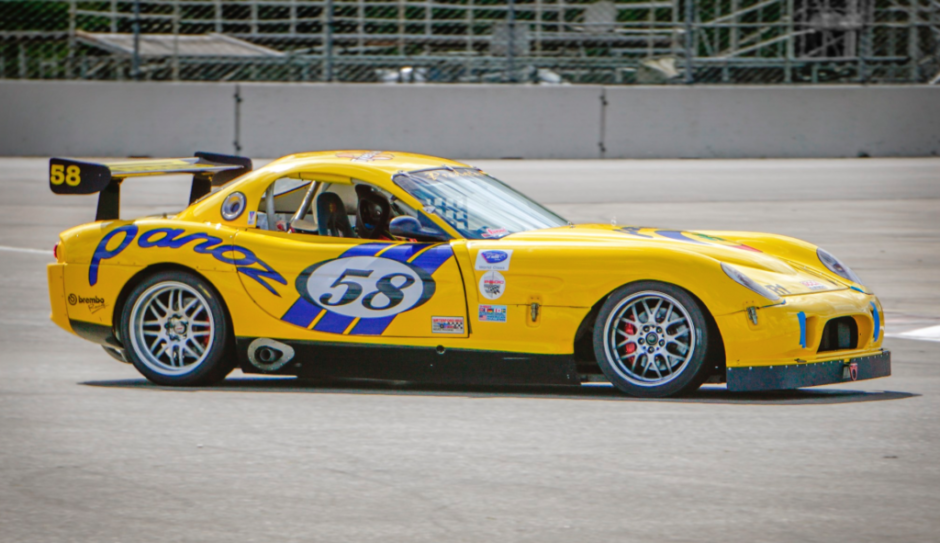 Some people spend their time modifying road cars for the track while others skip the nonsense all together. If you know someone that fits in the latter description, this Panoz GTS could suit them well. Dedicated design shows that this racecar is nothing short of brutal, and with 550 brake horsepower on tap, it seems like it could do the job rather well.

The exterior doesn't hide any secrets—this is a purpose built car. You can find bits of aero from the front to the rear with a lightweight body wrapping around its racecar innards. A large rear wing provides a hefty amount of downforce at speed, and the side dump exhaust lets out a throaty note that meets the decibel limit at most racetracks including Mazda Raceway Laguna Seca, according to the owner.

The original Ford 351 cubic inch V8 has been swapped for a 374 unit by the previous owner. This bumps power as well as the engine's redline which can be set at 7,200 RPM once the governor is removed. Power is translated through the 5-speed manual transmission which has reportedly seen less than ten hours of track time.

Pleasantly, the cabin does feature a few creature comforts for racers. It comes equipped with a hookup for helmet fans, making it easier to drive on track for longer stints. A CoolShirt system is also included in the sale, though it isn't installed yet.

Aside from that, things are as you'd expect. A Cobra racing seat houses the driver while a STACK ST1800 Instrument Cluster provides the car's vitals.

The Bring a Trailer ad states that the sale will come with two sets of 18" wheels, a set of 17" wheels, several sets of unused Pirelli 18" slicks, new front brake rotors, and various spare parts. That's a pretty good deal considering that the car will likely see a lot of track time in the future.

Conclusively, this is a well put together racecar that has been cared for throughout its life. Bidding is open and the auction ends on May 15, so make sure to check in to see how much it goes for then.