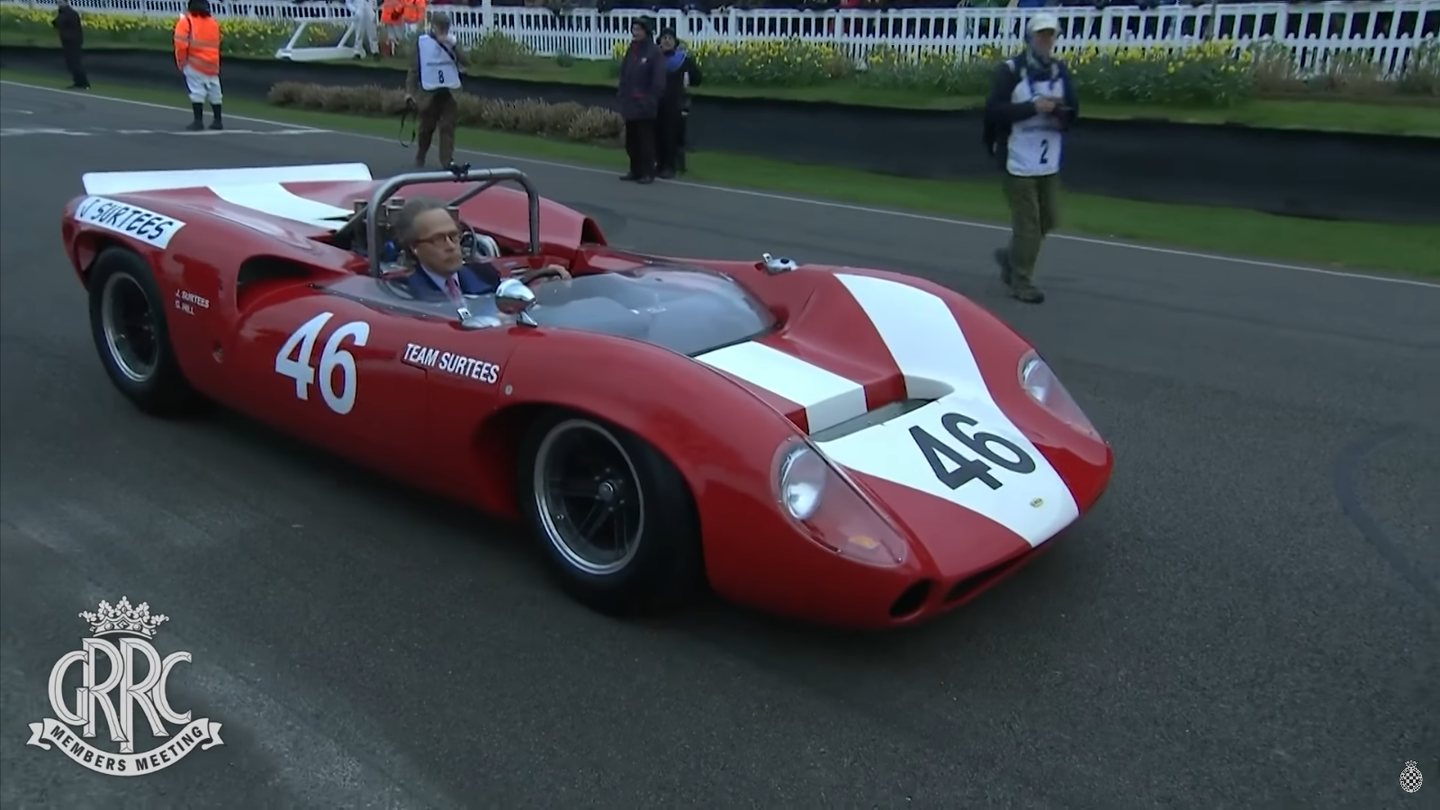 Earlier in the month, F1 and motorcycle racing champion John Surtees passed away due to a respiratory condition. The world of motorsport mourned his loss, remembering him as a hero of the trade. He set an example for character and proficiency in his field, going on to win multiple titles including F1 World Champion with Ferrari in 1964 and Moto GP Champion in 1956, 1958, 1959, and 1960. Dubbed "Figlio Del" by the Italians, meaning "Son of the Wind", he was a natural born racer who went on to change the sport. This weekend at Goodwood Members Meeting, Surtees was remembered with a moment of noise for his impact on motor racing.

The event began with Lord March pulling onto the track in Surtees' legendary Can-Am car. He provided the inaugural rev which was then followed by many others at the event, sending the English national hero off in a fashion that is particularly fitting. A rush of engine audibles filled the lawn with emotion, involving everyone at Members Meeting. Throughout the clip, you can see those in the paddocks pay tribute to Surtees and celebrating the moment, one that will surely go down in the memory of the auto community as well as the Surtees family.

Surtees will go on to be remembered as one of the class acts of motorsport. He remains the only individual to win world titles in both Formula 1 and Moto GP, rightfully solidifying his place in the history books.

Goodwood Is the Perfect Time Machine

Want to go back to a time that was great? Go here.