Weather an unfortunate factor in Texas. 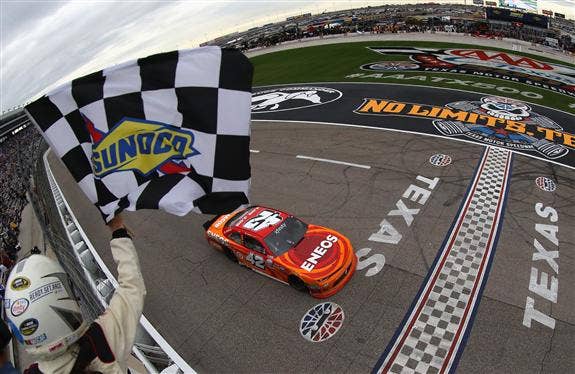 Weather.com says "rain stops" at 4:30 p.m. CT, but the folks at Texas Motor Speedway hope it's sooner than that. With the NASCAR Sprint Cup race just moments from the "start your engines" command, it started raining, and while the worst seems over, the track drying continues.

This is the nightmare for NASCAR: Three races left in the season, you have network TV (NBC), lots of sports competition on other networks, and you're stuck with driver interviews and Rutledge Wood wisecracks. But until somebody figures out how to put a roof over the tracks, this is it "the deal," as Richard Petty would say.