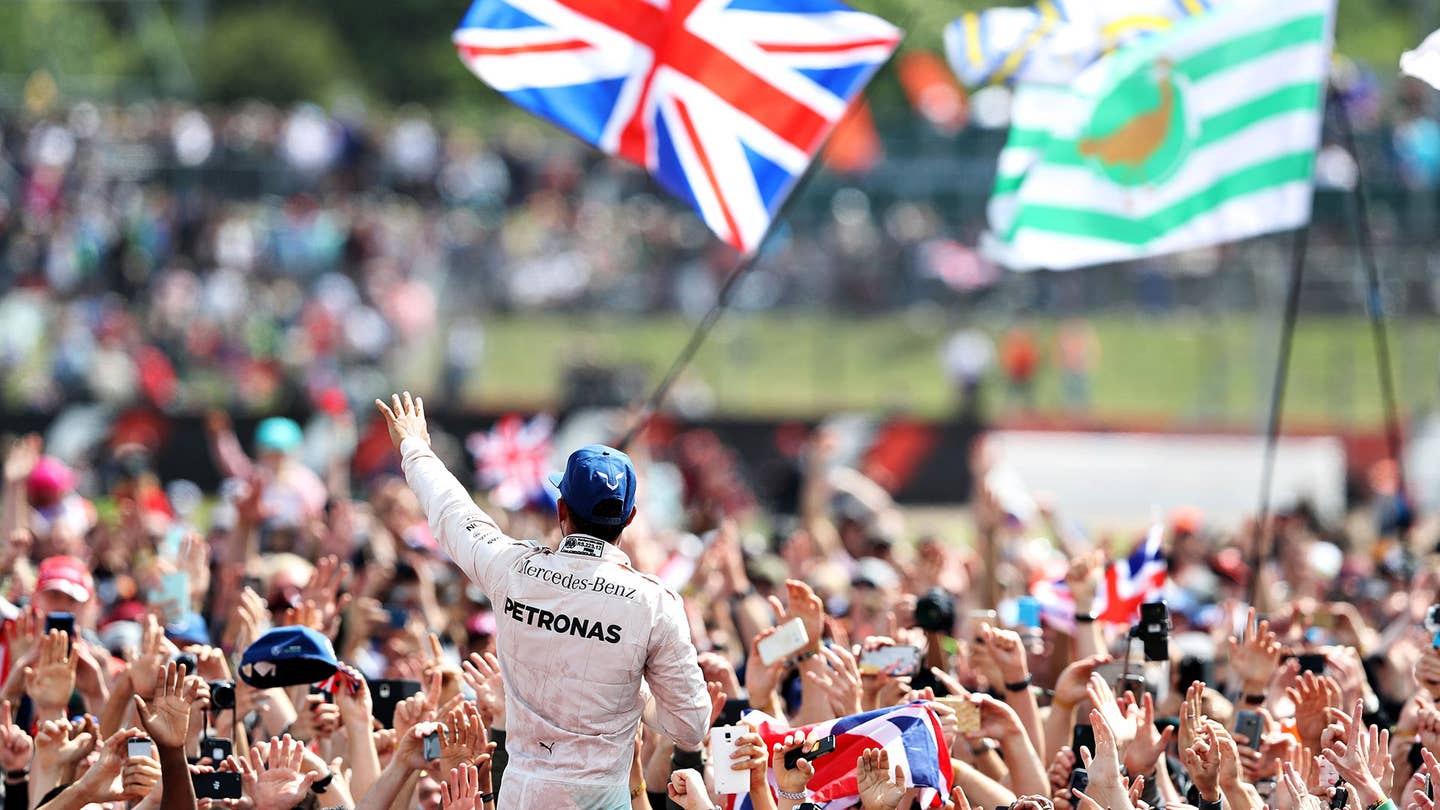 Lewis Hamilton is destined to become the greatest Formula 1 driver of all time. There, I said it. Of all time. Disagree? Go ahead, tell me what an idiot I am. You can post your comments right at the bottom. But before you do, read this story. Then weigh in.

How do I figure that any one of these drivers is better than the other? We can't line them up in spec cars and let them duke it out. Do we look at their strengths and weaknesses? Take Alberto Ascari. As Enzo Ferrari once said of him: “When Alberto was in the lead, he was so stylish that no one could overtake him. But in close combat, he didn’t have enough of the killer spirit.” And how about Stirling Moss. During his time, Moss had the true mark of greatness in one regard: He could win races in lesser cars. But Moss’s resume also has one major shortcoming: He never had a peak in his career when his greatness was matched by a truly great car for any length of time.

In the end, there's only one way to say one driver is better than another over the course of a career, and that’s with numbers. In my opinion, you cannot argue with the fact that, right now, Schumacher is the greatest of all time, because he has won the most by far. Isn’t that what makes one driver better than another? Winning? Schumacher has the most championships (7), the most victories (91), and the most poles (68). In every major category, by the numbers, over the course of a career, he is unmatched. And here is where Lewis Hamilton comes in.

Hamilton was a smashing sensation from the moment the green flag waved on his 2007 rookie year. He was on the podium in every one of his first nine races. That’s insane! It’s also a record that still stands. Before his F1 career was even eight races old, he was a back-to-back winner. He is a terrific tactician; anyone who wants to argue that point should be advised that Hamilton holds the track record at Monaco (according to formula1.com), the hardest circuit of all.

In the end, however, if we are judging greatness through statistics, the greatest move Hamilton ever made was not in a racing car. It was the foresight (or luck?) to join the Mercedes team before the 2013 season. So much of racing is about being in the right place at the right time—just ask Sebastian Vettel, who landed in Adrian Newey's unbeatable car during his four titles at Red Bull. Now Hamilton is in the fastest car (along with his teammate Nico Rosberg—a great driver, but not that great).

Schumacher retired twice. The first time, he announced his retirement after the Italian Grand Prix in 2006. (I was at that race and at that press conference, and it was quite a scene.) The second time he retired, he was 43. Right now, Hamilton is 31 years old. If I were a betting man, I would put my house on the fact that he will win this year’s title, which would be his fourth (and third in a row). Mercedes will continue to be the fastest car for the foreseeable future—at least until the formula changes. Imagine how many checkered flags Hamilton could collect between now and when he reaches the age when Schumacher retired for good? That’s as many as 240 more GPs, or more.

Hamilton needs 13 more poles to match Schumacher’s all time record of 68. He’ll snag that by the end of 2017. Hamilton needs five more victories to pass Alain Prost into second on the all-time wins list; he’ll likely do that this season. He needs 44 more wins to catch Schumi in all-time victories. If Mercedes continues its domination, Hamilton could reach that mark by the time he is 35 or 36 and still have plenty more career left.

Statistically, over the course of his career, Hamilton has won roughly 27% of the races he has started, and that includes some years when he was not in the fastest car. Using that number as a guide (27%), if he were to compete in 240 more GPs, that’s 64.8 wins, which puts him far ahead of Schumi.

Of course there is more to greatness than just numbers. In a the racing world, which is above all a sentimental one, greatness implies adoration. Ayrton Senna was great not just because he was so wondrously talented, but because he was so loved. While no one has ever had a better career than Schumacher, Schumi was never loved the way Senna was. In fact, there are plenty out there who despised Schumi, because he was capable of dirty tricks. As the motorsport scribe Xavier Chimits once wrote, “In this media-saturated world, it’s not enough to win. You also have to please. Michael Schumacher has failed on that score. It has been his only defeat, but it is a crushing one.”

Hamilton is not loved by all fans. Frankly, I’d like to punch his dogs Coco and WhateverHisNameIs in the snout, and I’m a dog lover. I don’t find myself warm and fuzzy when I see Hamilton’s fashion spreads in glossy mags, either. But Hamilton is maturing as a man. I love what he said after winning the British Grand Prix this Sunday.

"I am so grateful," said Hamilton. “I am very honored. It is a very humbling experience to be in this sport, particularly in a time of difficulty in the world and see so much love in the world. On this day, we come together and it is a beautiful thing.”

We need to see more of that Lewis Hamilton. He needs to watch a Muhammad Ali documentary and take notes. I believe he will snap Schumi’s records, and he will become, statistically, the GOAT. I hope that he wins the one thing Schumi failed to, and that’s the hearts of all fans.

A.J. Baime is the an editor-at-large at The Drive. He is the author of Go Like Hell: Ford, Ferrari, and Their Battle for Speed and Glory at Le Mans.