The Talladega Stunt Show, Brought To You By NASCAR 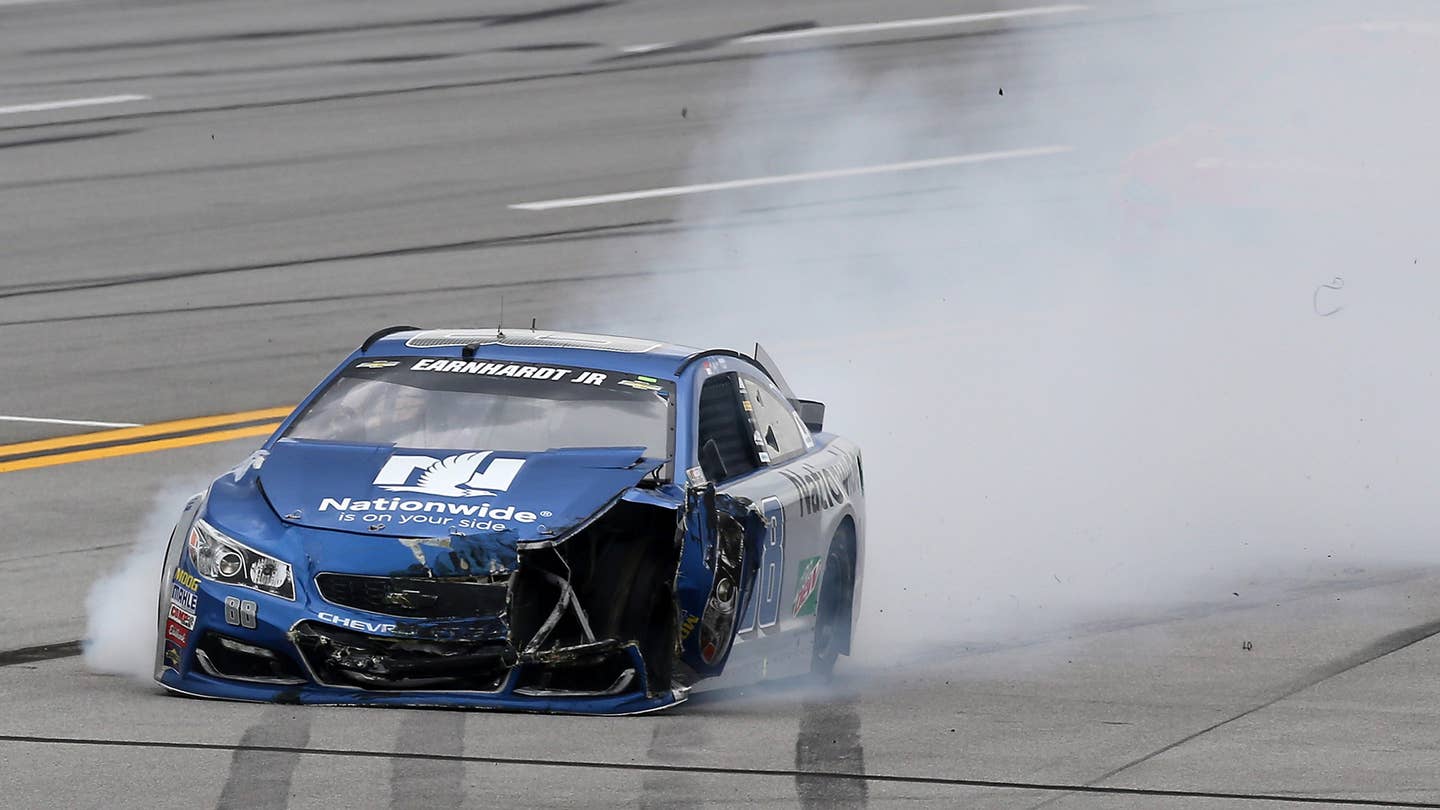 A few weeks ago I interviewed Joie Chitwood III, who was the head of Daytona International Speedway, and presided over the $400 million “Daytona Rising” track renovation.

For those unaware, Chitwood’s family ran the best-known traveling stunt driving show in the world. The Joie Chitwood Thrill Show toured the country for more than 40 years, and was credited by the redoubtable Evel Knievel as his inspiration for becoming a professional stunt man.

I asked Chitwood III what was next for him after the massive Daytona Rising project. This is what he said: “Maybe it’s be time to rekindle the old Chitwood stunt show and take it full circle back to where I started, be a stuntman again and drive cars on two wheels and jump over ramps.”

But after looking at the NASCAR races at Talladega this weekend, it doesn’t have to. We already have professional stuntmen, and women, performing at over 200 mph for your pleasure, in cars that appear to be uncontrollable at NASCAR’s fastest track.

Dale Earnhardt, Jr., in the photo above, crashes so hard his steer wheel came off. Chris Buescher flips the No. 34 car. Three times. Matt Kenseth gets airborne in the No. 20, flips, lands on the safer barrier. The “Big One” happened on lap 28, with 17 cars involved, completely blocking the track. Danica Patrick crashes; the hardest hit of her career, she says. “I hit a wall at 200 mph,” she said. She caught on fire, and flames were in the cockpit. “It was probably the most scared” she’s been in a race car, she told USA Today. Only five of the 40 cars managed to get through the GEICO 500 with no damage.

In Saturday’s Xfinity race, there was a last-lap crash so encompassing that it took NASCAR five minutes to figure out who won (Elliott Sadler). Joey Logano crashed and said it was “the hardest hit I’ve ever taken.” Friday’s ARCA race was called early because there were so many crashes, the program ran long, and since Talladega has no lights, they couldn’t finish the race.

All of which is fine, I suppose: The NASCAR drivers know what Talladega means. But they also know what kind of pressure they are under should they decide not to race there. And that’s what Tony Stewart did on Sunday – healing up from his broken back, he chose to race the whole race last week at Richmond, but turned over the car to Ty Dillon Sunday at Talladega because Stewart and his doctors knew what kind of risk he’d face if he raced.

So we have a twice-a-year stunt show at Talladega; maybe they shouldn’t even bother to call it a race. It up to the drivers to change that… if they want to.