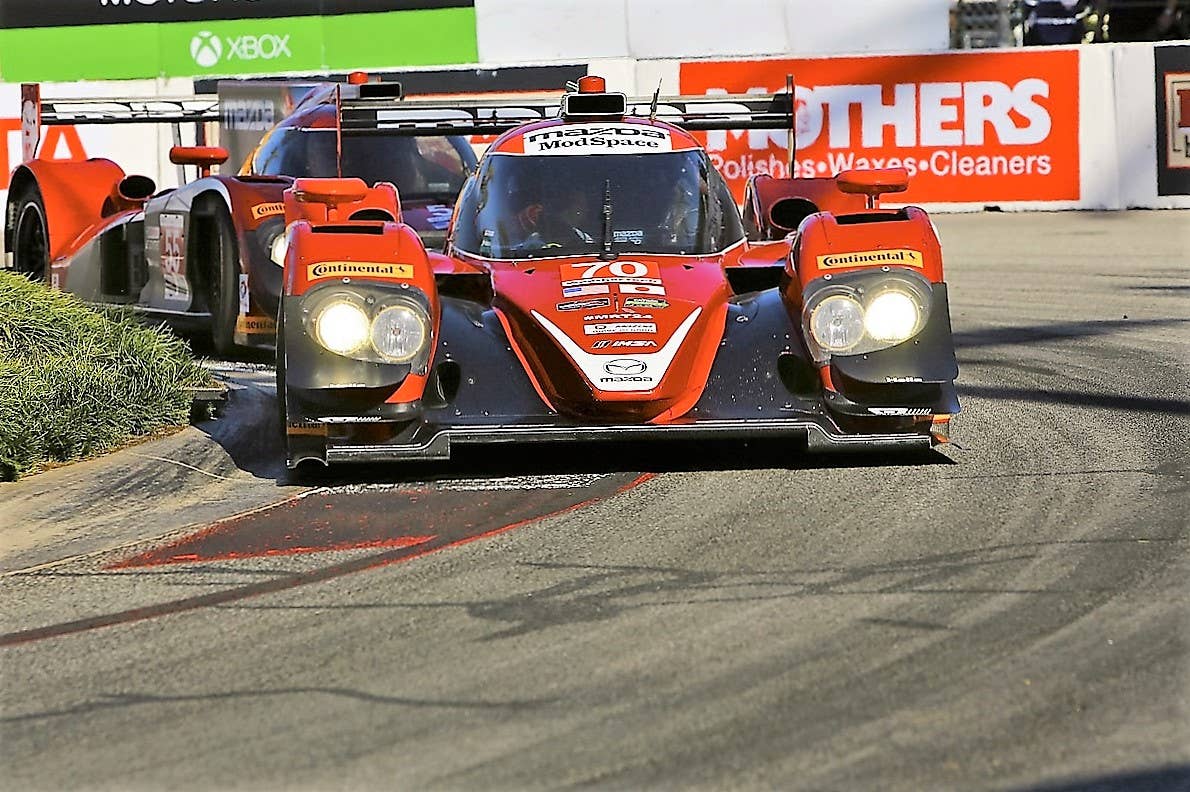 For reasons known only to inscrutable Japanese executives at Mazda, the Prototype racing program was saddled with the hopeless diesel engine for the first two season. Try as they might, SpeedSource and its owner, Sylvain Tremblay, tried to do two impossible things: Make the engine go fast, and not break. It never went fast, and it broke constantly.

At the end of 2015, the executives finally relented, and allowed Mazda North America to try a four-cylinder turbocharged gas engine, similar to the one they raced in the American Le Mans Series.

At the season-opening Rolex 24 at Daytona, the car was quick. And at the fourth race of the season, this weekend's Bubba Burger Sports Car Championship race at Long Beach. it was faster. Tom Long drove his car into second place at the start, and at the end, the two Mazdas were fourth and fifth, behind the venerable -- and soon-to-be phased out, Chevrolet Corvette Daytona Prototypes.

“It was pretty exciting," Long said. "We had a phenomenal start, and when the front row started to rub going into Turn 1, I thought ‘OK, here’s our opportunity.” As the No. 5 car started to go toward the tires, I just let the brake go and rolled right across the center of the turn into second place. I felt like our Mazda had the pace to stay up there, but traffic was difficult. I got snookered a little bit at some unsuspecting places. So, I’ll file that away for next time. Overall, I’m really proud of the effort for the team. Look at how we started the weekend, obviously very quick, but we had so much hard work that the guys put in and we made progress in every session.”

It's only a matter of time before Mazda gets its first podium, and first win. And two long years of misery will finally come to an end.