Star McLaren pilot Fernando Alonso also struggled and faces the possibility of being bumped on Sunday. 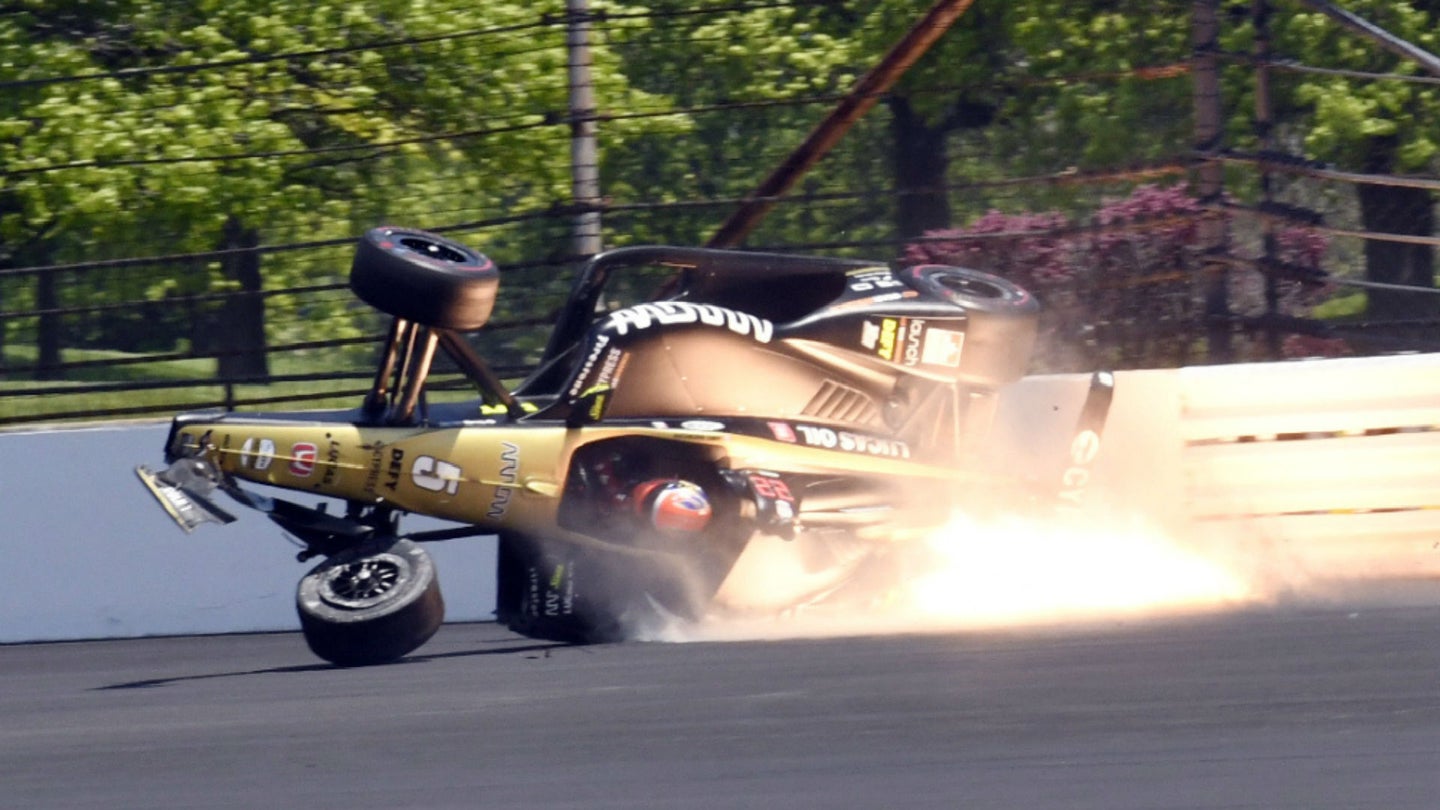 A hectic day of Indianapolis 500 qualifying saw Chevrolet-powered cars nearly lock out the top five spots before being spoiled by ace rookie Colton Herta from the Harding Steinbrenner team. In all, Ed Carpenter Racing's Spencer Pigot topped the sheets with a best average speed of 230.083 miles per hour. On the other side of the coin was Arrow Schmidt Peterson's James Hinchcliffe who, for the second year in a row, faced a tough qualy outing and crashed out at Turn 2 in his No. 5 Honda Indy car.

Pigot narrowly edged out Team Penske's Will Power, winner of the 2018 Indy 500, who clocked a 230.081-mph average 'round the 2.5-mile superspeedway. Fellow Penske drivers Simon Pagenaud and Josef Newgarden completed the top four, while ECR's Ed Jones and Ed Carpenter came in sixth and seventh behind Herta's Honda.

As for Hinchcliffe, he was able to walk away unaided from the crash after taking a few moments to regroup. He opened up to media after being cleared at the Indianapolis Motor Speedway infield care center:

“We obviously overstepped today, which is unfortunate,” the Canadian continued. “It’s a shame. I don’t know what else to say.”

Team co-owner Sam Schmidt explained that ASPM is currently prepping a back-up car to run in Sunday's qualifying round in hopes that Hinchcliffe avoids being bumped out of the field for a second consecutive year.

Sunday, the fastest nine drivers will compete to solidify their spot in the oval classic's 103rd running. That list is as follows:

Additionally, the bottom six qualifiers will shoot it out to see who takes the final row as three teams are certain to lose out. That list is as follows:

Check back with The Drive as we provide coverage leading up to next weekend's edition of the Indianapolis 500.

Last year it was Thor, and now it’s Batman. Who will do a better job at waving the flag?