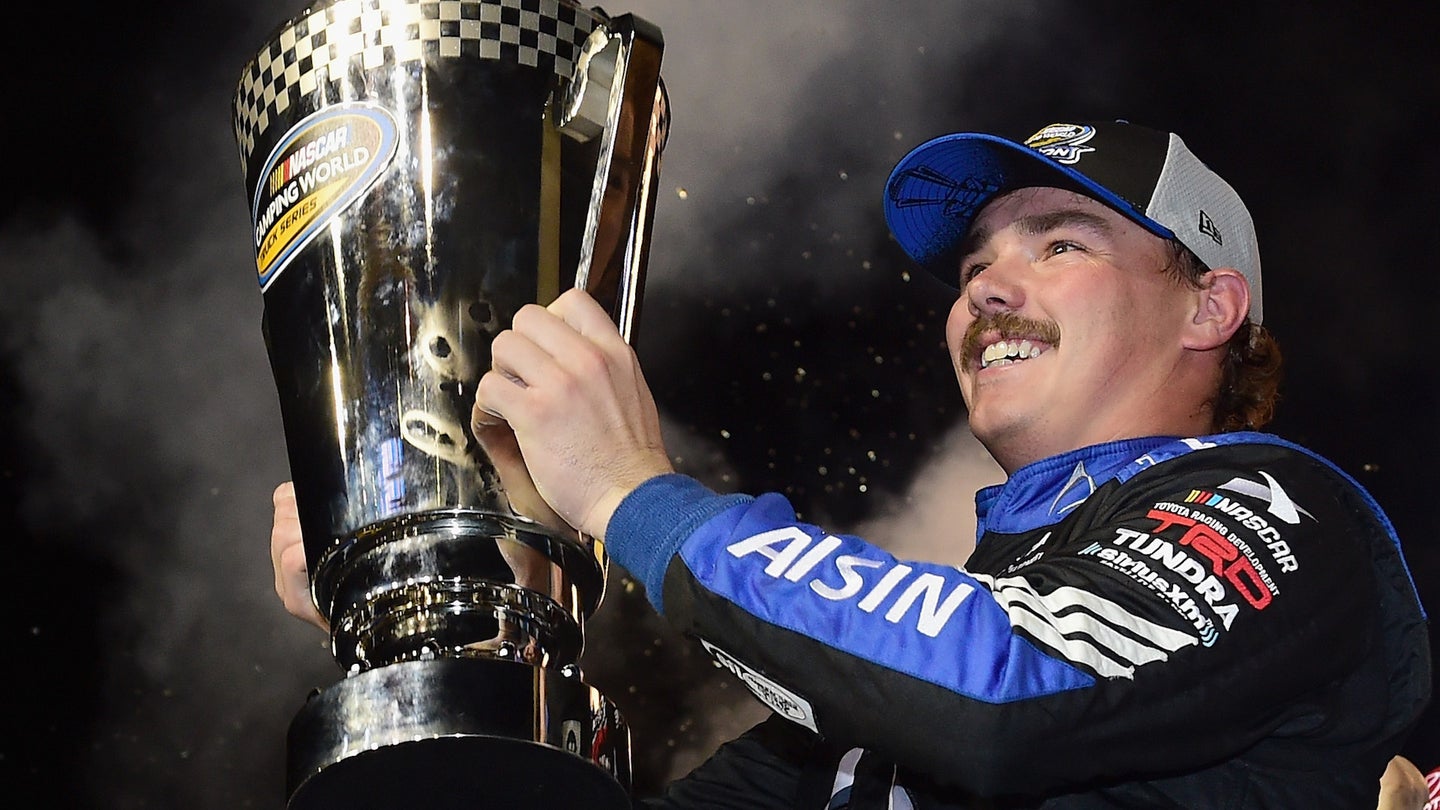 Brett Moffitt claimed his sixth win of the 2018 NASCAR Truck Series season at Homestead-Miami Speedway on Friday night and simultaneously claimed the 2018 championship. It is the first championship for both Moffitt and his team Hattori Racing Enterprises.

“It just speaks to our people and how badass everybody on this race team is,” Moffitt said. “They do a hell of a job no matter what’s going on; whether we have troubles or not, they keep working and keep preparing to go to the race track week in or week out whether they know we’re going or not, and that just says a lot.”

“We were just tight there,” Gragson said. “We needed to make better adjustments on pit road. That’s where it comes down to me. I need to do a better job. On the bright side, racing for a championship, I never would have dreamed of that when I started racing six years ago that I’d be in this position with Kyle Busch Motorsports and Safelite AutoGlass, Toyota, Switch, everybody who helps me. It’s my last truck race with Kyle Busch Motorsports. Man, I wanted to go out on top, but it just wasn’t meant to be."

After starting on the pole, Enfinger led the first 33 laps, including a stage win at Lap 30. Moffitt took his first lead on Lap 40, and he battled Gragson for the lead as well as the eventual win and championship for the remainder of the 134-lap race. Moffitt was up front when the second stage ended at Lap 60.

The yellow flag waved only twice during the race, dividing the race into its three stages. Gragson took the lead on Lap 67, soon after the final restart. After several laps of battling for the top spot, Moffit retook the lead on Lap 99, just before a cycle of green-flag pit stops. Moffitt gave up the lead to make his final pit stop on Lap 102. When the cycle completed on Lap 106, Moffitt was back up front and led the remaining distance.

Moffitt led a race-high 59 laps. Gragson and Enfinger were the only other drivers with double-digit tallies in the laps-led column, with Gragson leading 34 laps and Enfinger 33.