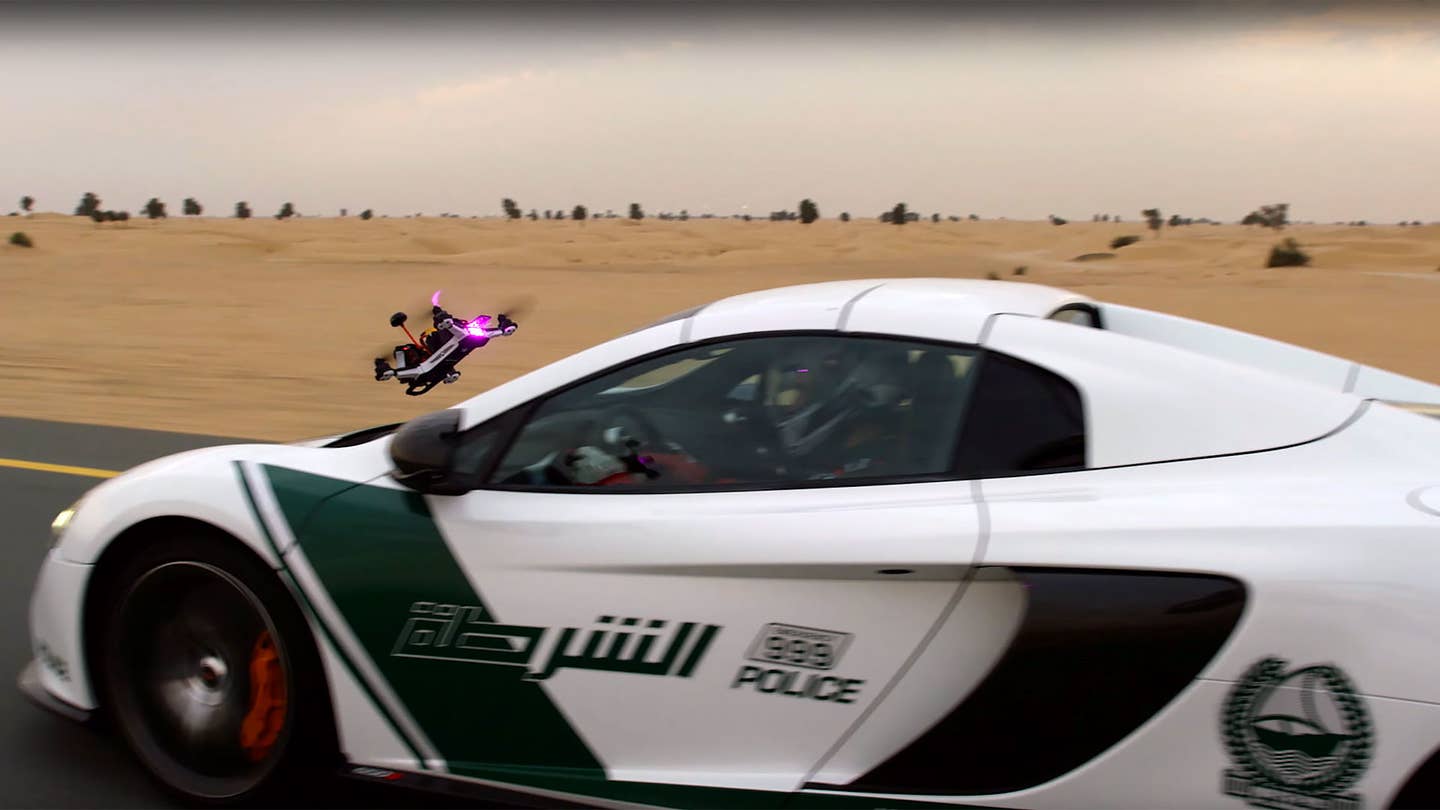 If you’re a fan of fast cars and stunts and racing and Dubai, well, this has been quite the week for you. Hot on the heels of Ken Block’s Gymkhana Eight hoonstravagana, here comes a video of a Dubai Police-owned McLaren 650S racing a quadcopter drone through a Tron-like light course in the heart of the U.A.E.’s biggest city.

The video is a promotion for the upcoming Drone Grand Prix, which isn’t to be confused with the Drone Racing League. The former, which takes place March 11–12, will pit 32 of the world’s best racing drones and their pilots in a battle for a million dollars’ worth of prizes. The top gun on the airborne race course takes home a cool $250,000.

While the drone-on-drone competition is sure to be plenty entertaining—like star fighters racing, but in miniature!—it’s hard to imagine the actual races will compete with the sheer levels of rad in this video. A 641-horsepower super sports car facing off against a quadcopter might seem an unfair fight at first blush, but the diminutive flying machine’s mobility and agility make it a mean competitor for the 207-mph McLaren. Add in the visual pop of vivid neon arches mounted like slalom gates across the city, and you’ve got one-and-a-half minutes YouTube gold.

Final thought: We have no idea if the twist ending is real or just a gimmick. But, either way, well played.