The Future of Autonomous Racing Could Be Beautiful

Tron designer shapes 20 driverless race cars that will compete at street circuits around the world as a support series for Formula E. 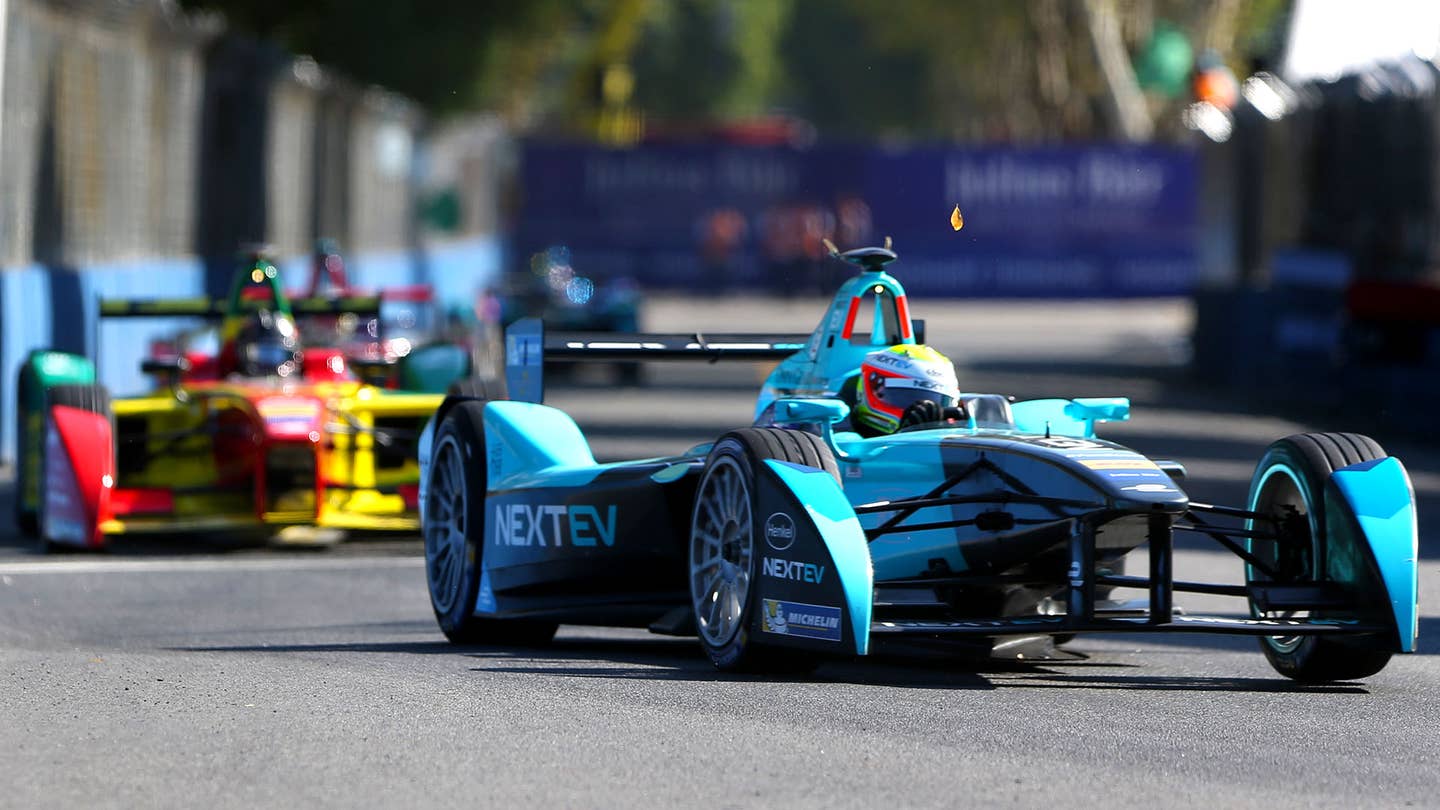 Daniel Simon designed the light cycles and light jets in Tron: Legacy. His cinematic portfolio, billed as “Style for all galaxies,” also includes Captain America’s Hydra Schmidt Coupe, plus the bubble ship and drones from Oblivion. His nuts-and-bolts efforts include the Bugatti Veyron Fbg par Hermes and indecently gorgeous Lotus C-01 motorcycle. That’s all the evidence we need to declare him the absolute coolest choice to design the real-life autonomous race cars for the Roborace series later this year.

There’s nothing computer animated here. Roborace intends to put 20 driverless electric cars doing up to 186 mph on street circuits in global capitals as a support series for the all-electric Formula E motor racing championship. That means the non-human competitors in the support race have a top speed that’s 46 mph faster than the human-controlled cars in the main electric racing event, making them the fastest autonomous vehicles in the world.

This, in fact, is the point. Roborace founder and venture capitalist Denis Sverdlov says the mission “is to demonstrate that the future of automotive and information technology is already here and can even work in extreme conditions.” It’s the old adage “racing improves the breed,” the breed this time being the software that will one day command our cars to do our driving for us.

Simon’s cars supposedly will be shorter and not as tall as traditional race cars since they’re unpeopled. This likely will make them look even more futuristic, as engineers will be able to put battery packs and aero elements anywhere they like, unworried by human concerns like line-of-sight. The plan is for 10 teams to each field two identical cars during a one-hour race; the duplicate hardware leaves the battle for victory down to each team’s artificial intelligence algorithms and software.

No one knows how the series will fare when it kicks off with the 2016-2017 Formula E season this fall, but it has the potential to be massively instructive as a glimpse into what current autonomous tech can do when pushed to its limit. More than that, since software is bereft of human fear, once you put 10 of these autonomous race cars on track with orders to win, we’re curious to find out how far you have to push a robot before it blinks.