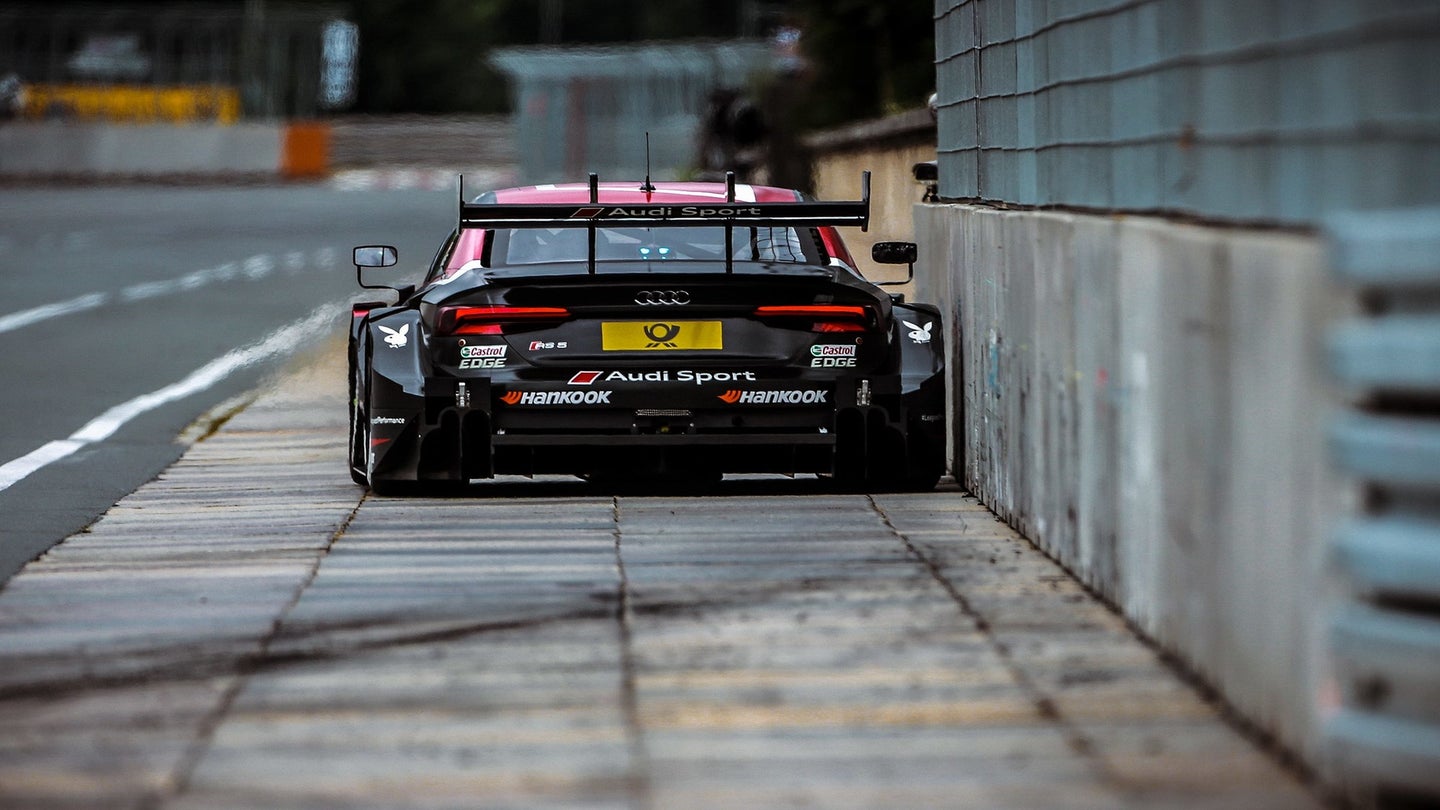 The upcoming 2018 DTM race season has brought about a series of rule changes specifically revolving around reducing downforce. The Audi DTM team has always been ahead of the curve in terms of its cars aero. The Mercedes DTM team believes the aero changes will balance the field while Audi believes the aero takes it a step further than balancing and gives them a disadvantage.

“We proved last year, especially at the end of the season, that we had the best aerodynamic package." Audi Head of Motorsport Dieter Gass told Motorsport. "New rules are no advantage for Audi at all, You can say it’s a disadvantage. We do lose some of our potential, but we try to compensate on other aspects.” Motorsport went on to ask for a comment on the thoughts that the aero hurts Audi more than the cars from BMW and Mercedes. "I think, unfortunately, they are right."

Along with adjusting regulations regarding the number of engines to be used per car and the minimum weight, the series estimated that downforce would be reduced by a third by removing aero such as side end plates as well as removing one of the front canards. Mercedes is looking forward to progress in its motorsport program with the new aero changes.

Driver Edoardo Mortara told Motorsport, "Uniform aerodynamics can help us, in particular, compared to Audi. The distance from first place to the last runner-up was sometimes only half a second. I guess the uniformity of the components will push the field even closer together."

The 2018 DTM Championship season begins May 5 in Hockenheim, Germany.

This Half-Ton Hillclimber Is a Half-Sized DTM Lookalike