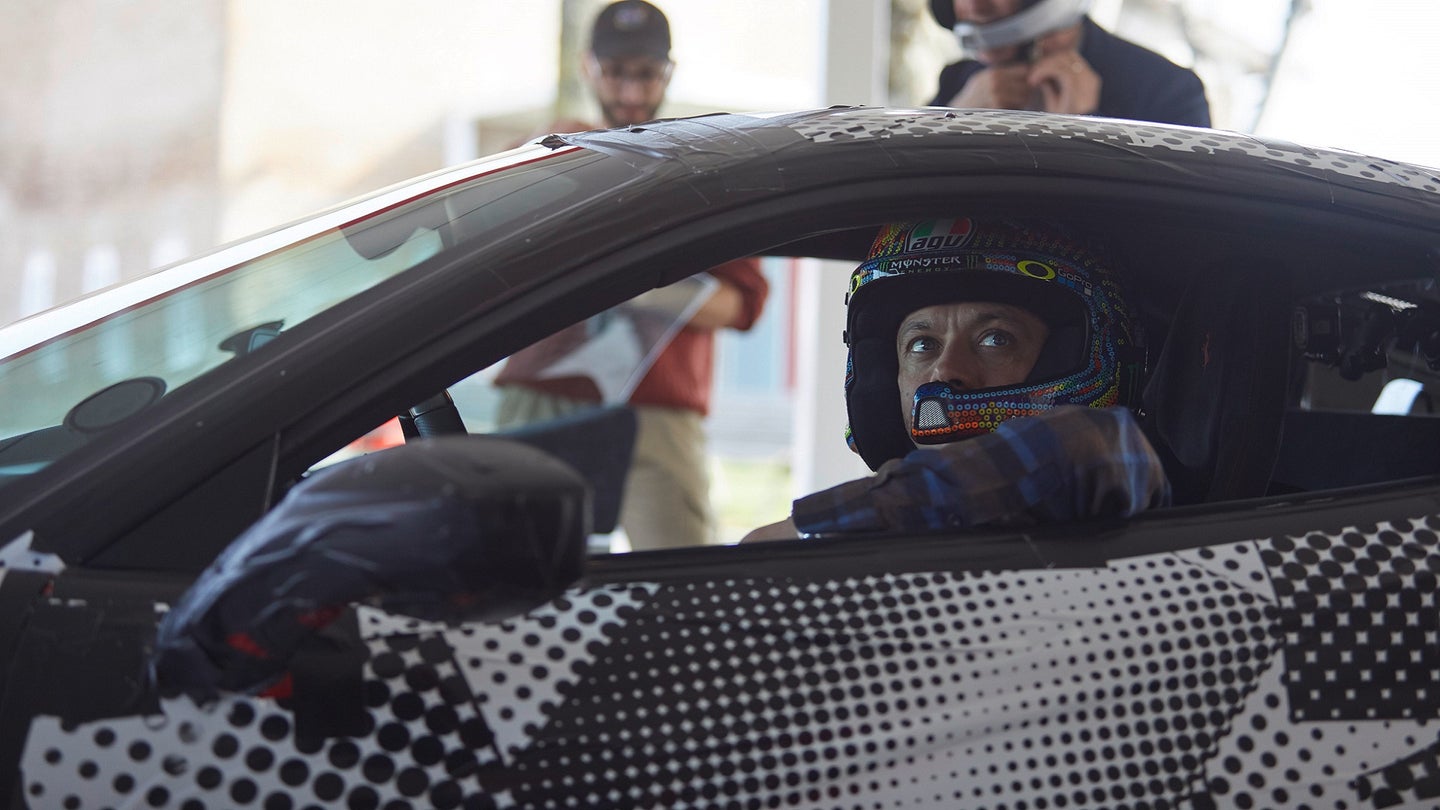 Nine-time MotoGP World Champion Valentino Rossi recently had the unique opportunity to get behind the wheel of the brand-spanking-new Ferrari 488 Pista at the automaker's own private testing facility in Maranello, Italy.

Rossi might be known for his illustrious MotoGP racing career and his incredible talent on two-wheeled machines, but he and Ferrari have a few more things in common than most would imagine. For example, they're both Italian, they're both extremely passionate about what they do, and they both love to go very, very fast. Perhaps it's the latter that made Rossi opt for piloting the new Ferrari 488 Pista rather than the "normal" 488 GTB or the all-new Portofino around the 14-corner test track.

The relationship between Rossi and Ferrari isn't a new one by any means, as the global superstar has previously climbed inside the cockpit of several of Scuderia Ferrari's Formula 1 cars. In fact, rumors that Rossi considered a move from MotoGP to F1 ran rampant from about 2005 to 2010, as the Italian participated in as many as 10 Formula 1 track days with Ferrari, albeit some Corse Clienti track outings were purely for fun and not for future career exploration.

Maranello's new track slayer follows in the footsteps of the 360 Stradale, 430 Scuderia, and 458 Speciale by reducing overall weight, adding more horsepower, and getting a hefty makeover in the shape of better performing aerodynamics and engine software. All in all the V8-powered Pista lost 198 pounds, gained 50 more horsepower, and increased downforce levels by 20 percent compared to the 488 GTB. And judging by the look on Rossi's face during the filming of this video, the improvements were more than enough to convince him to add a Pista to his personal fleet.

Silent Ferrari 488 Caught Testing in Fiorano Could Be Hybrid

Despite making a speedy takeoff, the Ferrari 488 didn’t emit a single sound.