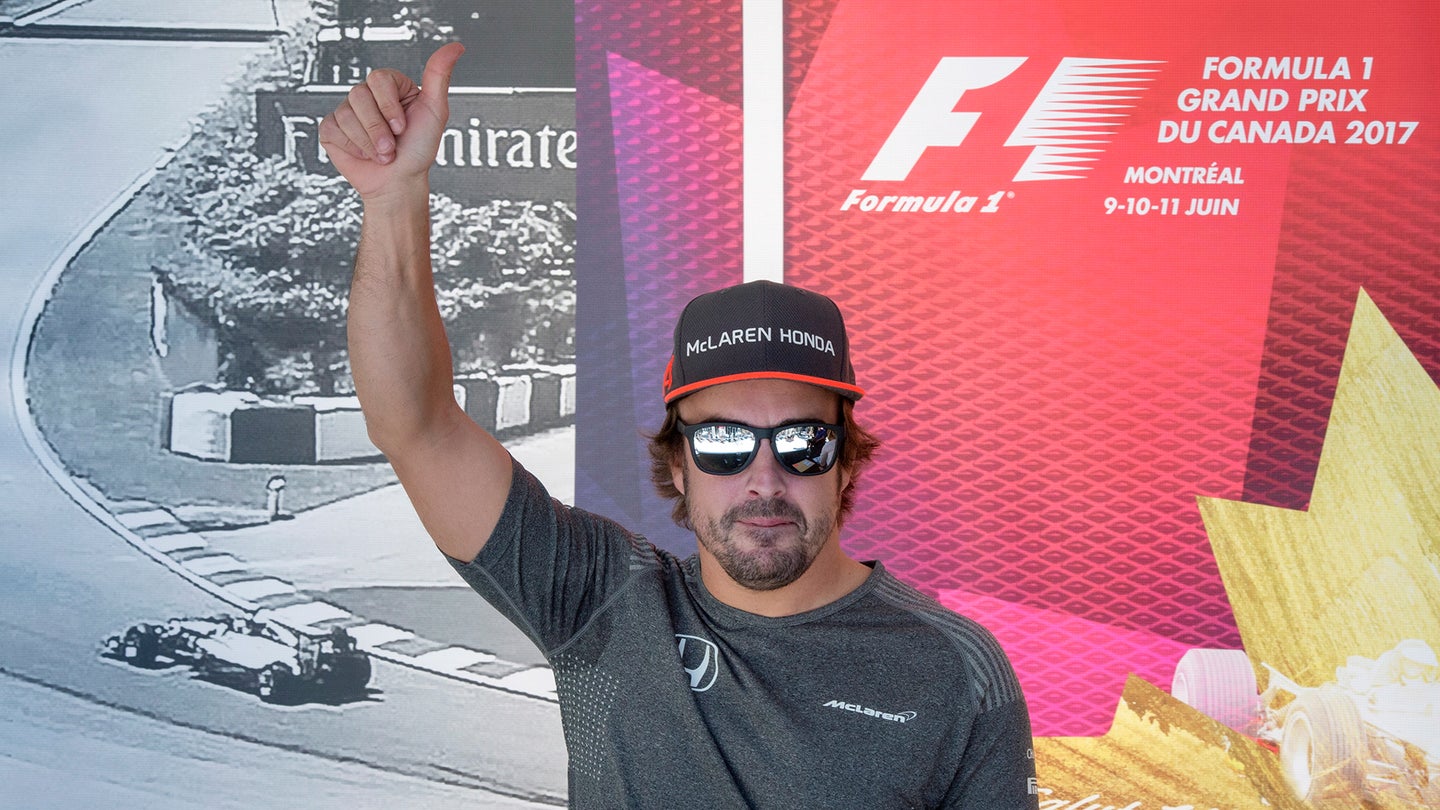 On the heels of some stern words from McLaren to Honda, Fernando Alonso finally dropped the bombshell that everyone saw coming. At today's driver's press conference ahead of the Formula One Canadian Grand Prix, Alonso said he would leave McLaren if the team continues losing.

Previously, Alonso had said he wanted McLaren to show him they had a winning car for 2018 by October. Today's statement, however, moved the timeline up a bit.

Simon Lazenby, a reporter for Sky Sports, asked: "What has to change to keep you at McLaren?"

The reply was very matter-of-fact. "We have to win. You know, if we are winning before September or something like that, that I will make a decision. I will stay," said Alonso.

A follow-up question was asked a few minutes later, requesting clarification on what Alonso had said about leaving McLaren. Alonso said he would make a decision in September or October, but his entire answer was much more involved that just that. (The original declaration Alonso made about leaving McLaren is at 12:34. The second exchange starts at the 18:11-minute mark.)

Alonso was also asked several questions about how his experiences at the Indy 500 compared to Formula One, specifically, that he seemed to be having more fun in the Indy paddock. By the end of press conference, he was fed up with the reporters not bothering to ask any relevant questions about the race at hand. (That happens at the 23:00-minute mark.)

The whole press conference is worth watching for Alonso's answers. They're very honest and show his general frustration with the season, and with Formula One as a whole. He has always said that Formula One is where he wants to be full-time. But now, after getting a taste of competitiveness in another series (albeit, with a similarly disappointing result), Alonso seems like he could, if given the right set of circumstances, leave Formula One.

Something massive is going to have to happen to keep Alonso at McLaren. It seems unlikely they'll be winning races anytime soon, at least without the aid of a huge wreck taking out half the field. Without Honda getting competitive by Baku and the end of June—or McLaren announcing a switch to either Mercedes or Ferrari engines—it seems less and less likely Alonso will stay with McLaren next year.