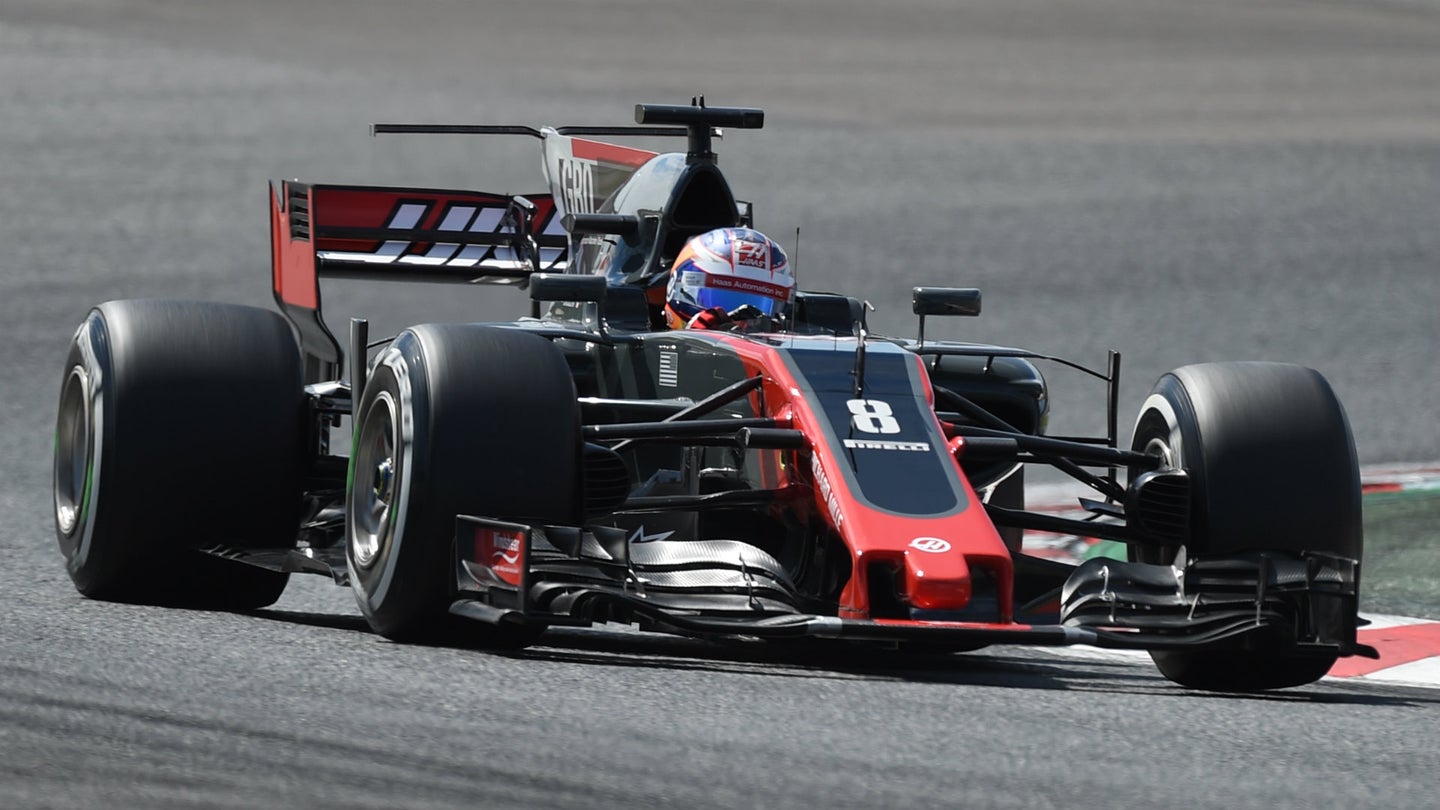 Haas Formula 1 Team, the newest entry in the field, is now in their second year, and still developing their own identity in the world of Formula 1. Their first car, the VF-16, featured a livery with an off-white primary color that covered much of the cockpit, engine cover, airbox, and nose, with a secondary color of gunmetal and red highlights, accompanied by an equally rosso Haas logo. The livery was carried forward on their 2017 car, the VF-17, though the white lost the war to the grey, with much of the car turning the color of foul weather. The team has released mugshots of its new livery update, to be run from the forthcoming Monaco Grand Prix.

And its new livery is... boring. Gray has become the livery's primary color, with black playing backup, a strip of which runs from the barge boards along the base of the sidepods and floor before creeping back up the engine color toward the rear wing. The Haas logo is now in white, outlined by black, and though red is still present on the car, the pictures suggest it will be limited to but a single stroke on the engine cover and the Haas Automation logos. The color combinations are reminiscent of the forgettable Sauber C33 from 2014. Its livery too featured more gray than an English winter, with further parallels made by an equally inadequate use of its secondary colors of red and white.

Haas may want to look at the rest of the field and rethink their livery. The current Formula 1 field may have a more diverse color palette than at any other point in history; current fans can name teams based solely on the primary color of their livery. Pink, orange, silver, red, white, matte purple, yellow, blue and gold, blue and red... and then gray. Simple and handsome falls short when the rest of the field is peacocking with the full rainbow at their disposal.

The Monaco Grand Prix takes place on Sunday, the 28th of May, the weekend after this one. With how close-fought this championship is turning out to be, it's not a race to miss. Time zone conversion for the race weekend sessions can be found here.