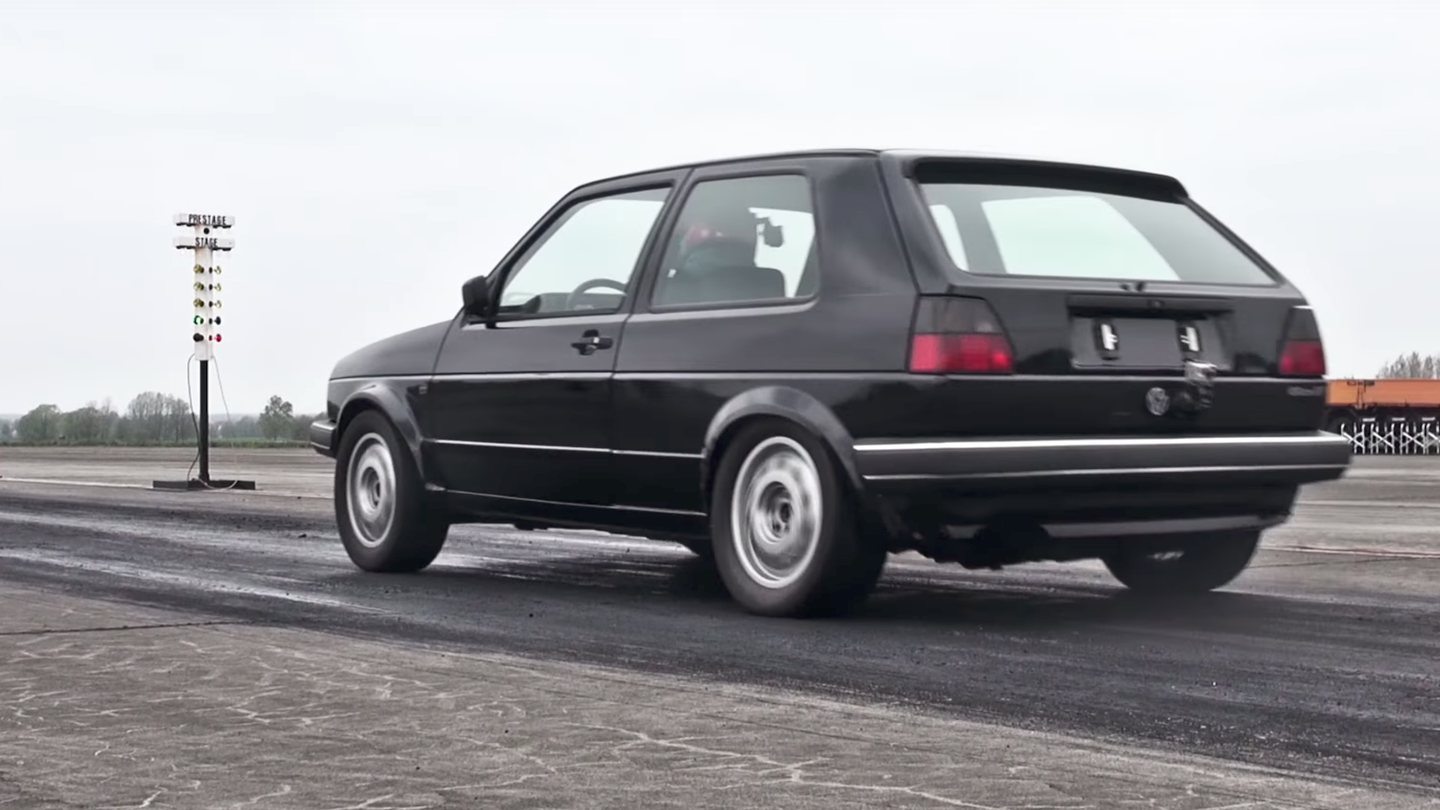 From the factory, the sport-trimmed Mk2 Volkswagen Golf GTI came equipped with a 137-horsepower, 1.8-liter, fuel injected four-cylinder motor. Apparently for VW and the customers who bought the cars new off dealership lots almost three decades ago, that was just enough power. Almost 30 years later, however, some mad genius figured out how to stuff almost 1,100 more horses under the hood of a standard Mk2 Golf—and damn, does this thing move.

A video shared on YouTube in April shows a 1,233-horsepower Mk2 Golf running an 8.67-second quarter mile and reaching 174 miles per hour (converted from 281 kph). Unlike the original front-wheel-drive Golf, this car was modified to put power down to all four wheels using a 4Motion all-wheel-drive system.

According to the YouTube description, the modified Mk2, built by Boba Racing, managed 0 to 62 mph in 2.5 seconds and has a top speed of 217 mph. So it basically runs neck-and-neck with a brand new Porsche 911 Turbo S.

Not that you'd ever know that to look at this VW. From the outside, you can barely tell this thing is modified at all. Talk about a sleeper.