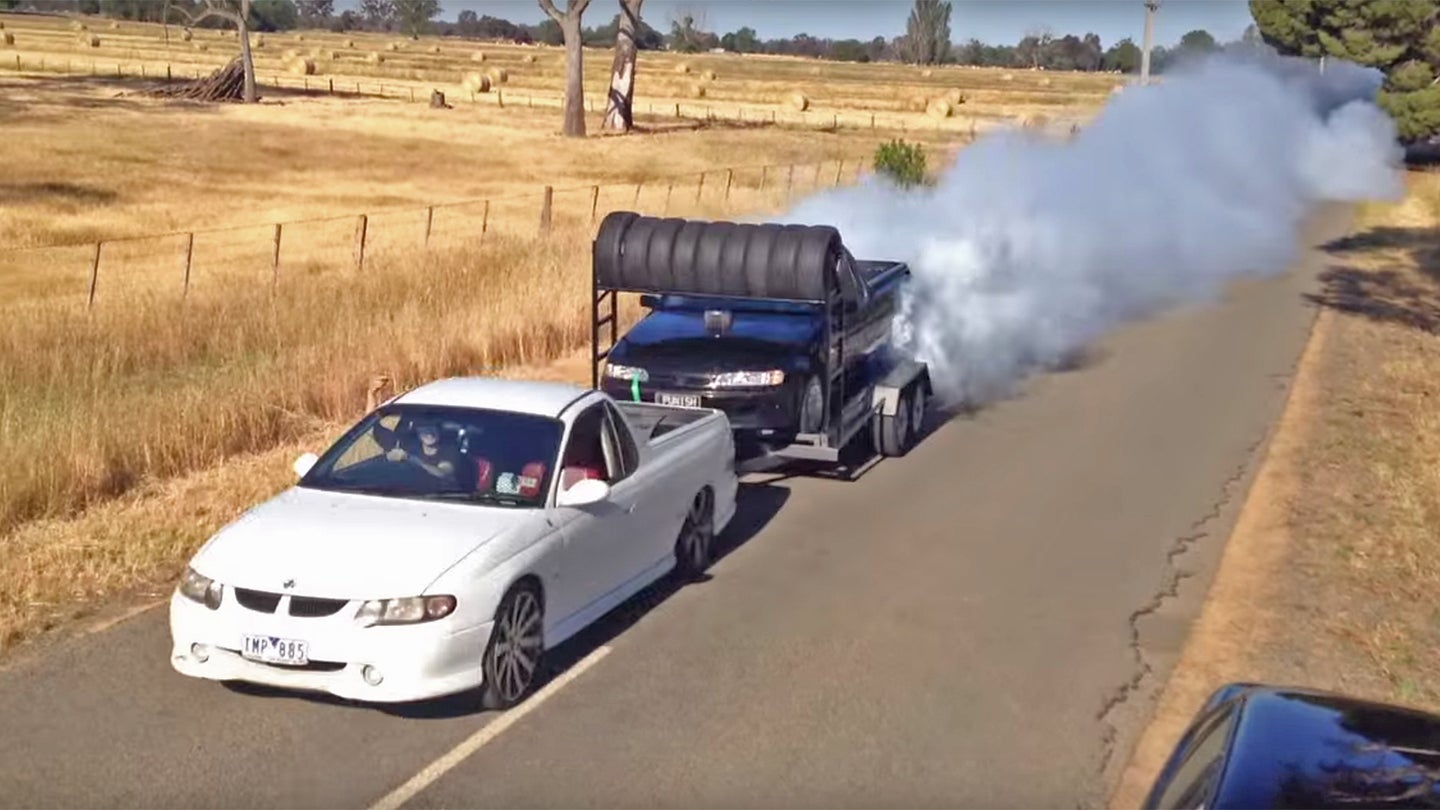 For the record, we at The Drive have no idea what compelled a couple guys down in Australia to do a burnout with a Holden Commodore ute while said ute is being towed by a second Holden Commodore. But we're damn grateful that these Aussie heroes did it...and even more grateful that somebody else climbed up to a nice vantage point high above the road in order to obtain the best possible angle while filming this epic act of hoonery.

Sussed out of the depths of the Internet by the gang at the Top Gear website, the video isn't long—it's over and done with in less than 10 seconds—and it it isn't new, with the upload date on the YouTube clip reading November 6, 2013. But that was well before The Drive existed, so we say it's fair game. Besides, a stunt this badass—it's a burnout on a moving trailer, for God's sake—is every bit worthy of being revisited today. And tomorrow. And every day

Points to these Aussies for making sure they have plenty of spare tires, though. With burnouts like this, they're gonna need all the rubber they can lay their hands on.