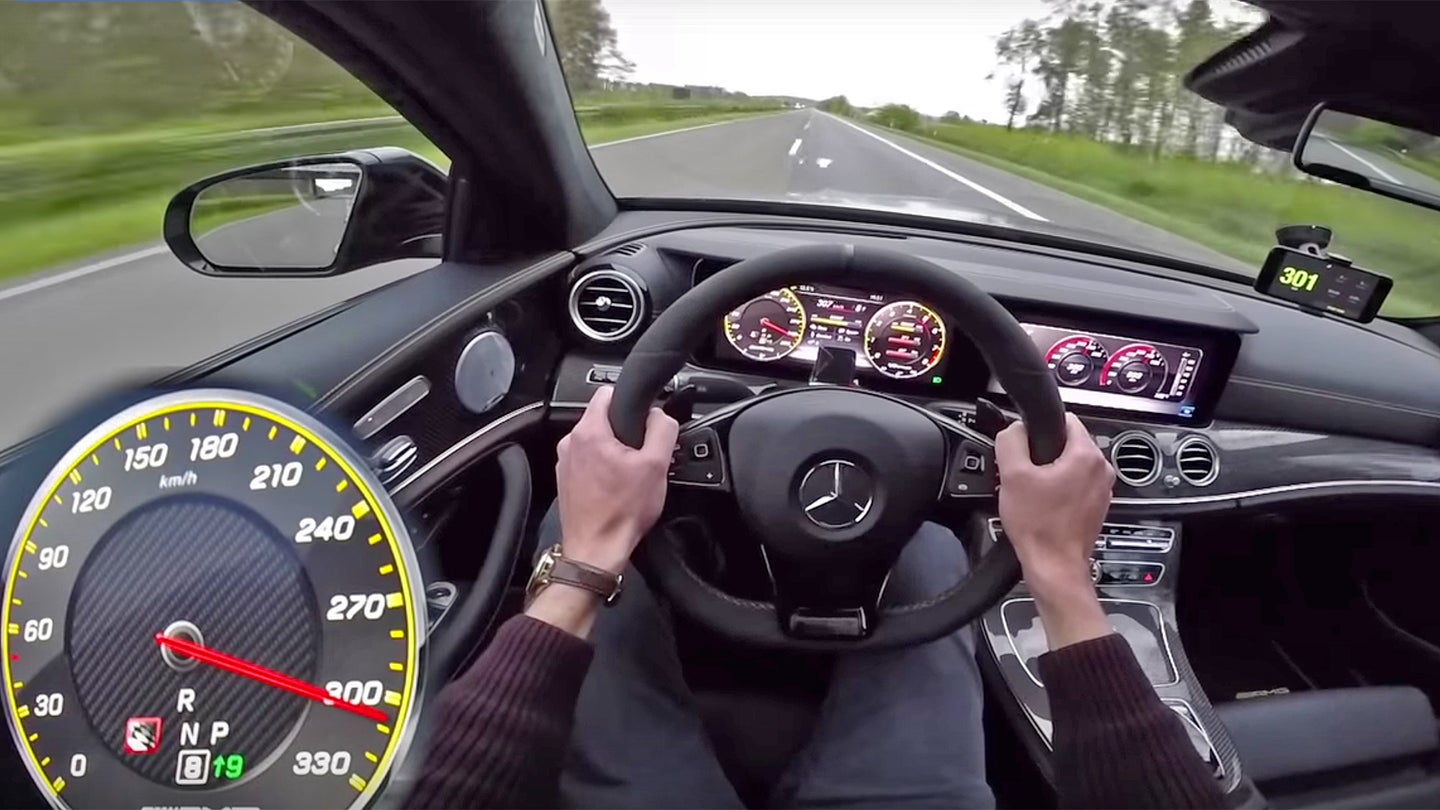 Mercedes-Benz's AMG models have come a long way since the days when they were simple Teutonic muscle cars, concerned with straight-line acceleration and top speed stability above all else. Nevertheless, every car from the German automaker's high-performance division still carries that autobahn-conquering spirit somewhere within its sheetmetal. And few carry it more effectively than the new 603-hp Mercedes-AMG E63, the latest in a long line of mid-sized, max-powered Mercedes four-doors that dates back to the fabled 300E Hammer.

Sadly, most of us reading this (assuming you haven't used Google Translate to toggle this story from English to German) will never have the chance to push the all-wheel-drive 2018 Mercedes-AMG E63 S to its top speed on the limitless superhighways of Germany. But the folks behind the YouTube channel AutoTopNL have given us the next best thing: a video of a new E63 going for broke on the autobahn, as seen from the driver's point of view. Think of it as a poor man's form of virtual reality.

Shot from what seems to be some sort of forehead-mounted camera rig, the video shows the driver ripping off a quick blast of acceleration (complete with a muted roar that could only come from an AMG V8) between an array of parked big rigs at what seems to be a rest stop, before coming to a stop on the on-ramp and launch controlling like a bastard straight onto the all-but-empty highway. From there, it's pedal to the medal through eight of the nine forward gears, eventually topping out at an indicated 307 kilometers per hour on the speedometer. Which, in 'Murican figures, translates to a nice, even 190 mph.

(Yeah, we saw the iPhone rig on the window that seems to suggest the car actually ran out of legs at 302 kph. But who's to say that random speed-measuring app—if that's what it is—is any more effective than Mercedes-Benz's own speedometer? Besides, "See What It's Like to Hit 187.24 MPH in a Mercedes-AMG E63" just doesn't have the same appeal.)