This Maniac Built a Chrysler That Can Run Low Nines

He's chasing down a record to be the fastest Chrysler 300 of them all. 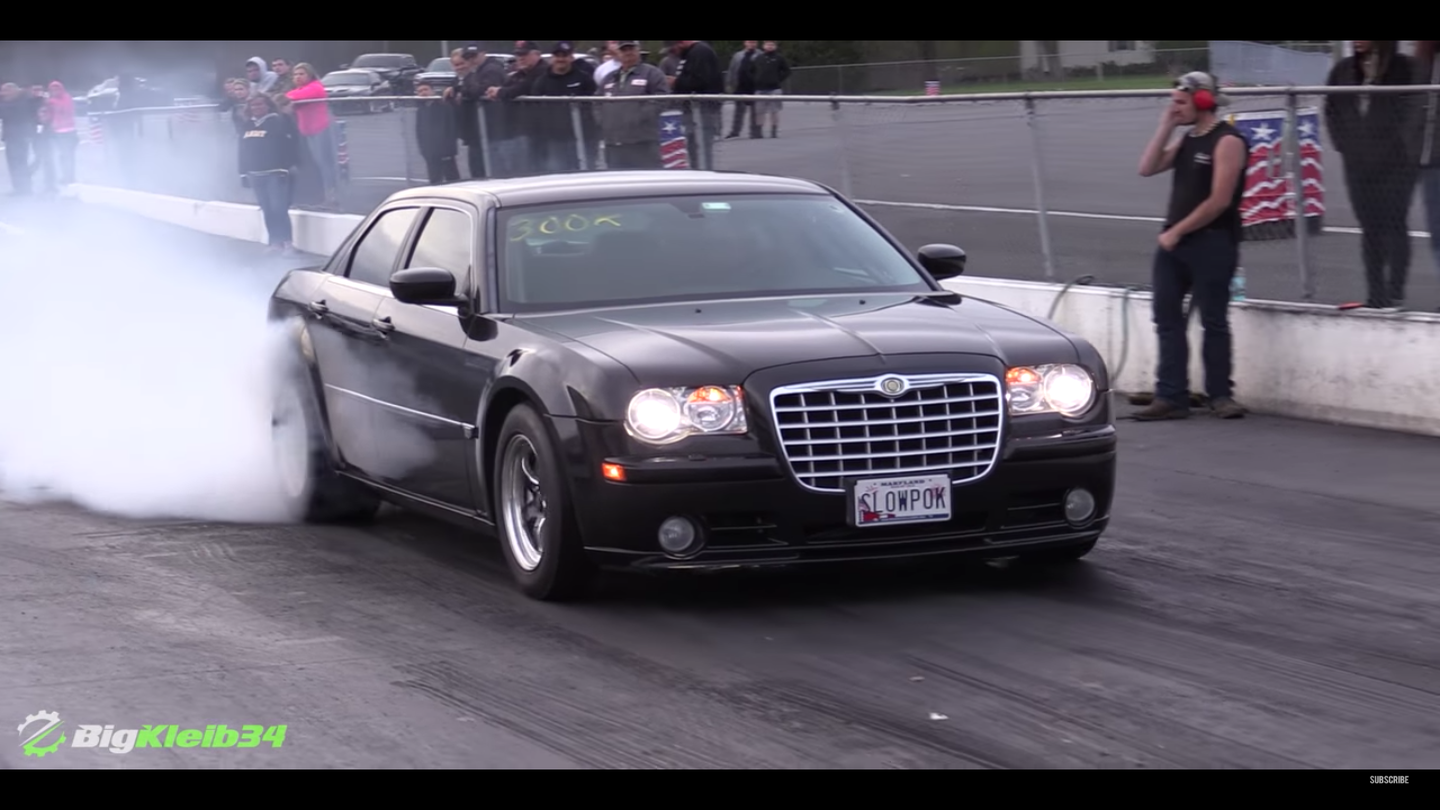 When blessed with money and time, there are many different ways to spend both. Many go straight to the simple solution, golfing. Others pass the hours and burn the bills on the open ocean, taking up sailing. The daring among us often take to the sky, getting the blood pumping with a near-lethal dose of skydiving and extreme sports. A precious few, however, are the real pioneers: they mod the bejeezus out of Chrysler 300s until the cars can run with hypercars on a drag strip.

The guy in the video is one of those. He's trying to knock out the quarter mile in less than 9.4 seconds, faster than any 300 has gone, in his first-generation 300C.  Or it's a second generation car, depending on how you view the 300M, a front-wheel drive, warmed-over Concorde designed to be exported as a "sports" sedan to Europe. The jokes almost write themselves. Shockingly, it had little commercial success. So Chrysler created the 300, which they said was a proper luxury sports sedan.

The owner in the video agrees, as he takes the fully street-legal car on road trips and on drag strips. But that's not enough without a world record. Cunning readers know that the first-gen 300 already has numerous accolades in its trophy case — "Worst Interior Plastics in a 'Luxury' Car," Gang Banger Magazine's "Car of the Year," and the coveted "Most Likely to Be Tackily Rebadged as a Bentley" distinction. But the owner wants more, a record only for himself.

He's already made great progress, with the 300 already running nines despite still being road legal and having a full interior. The car is supercharged and has nitrous, and runs so quickly it requires a full roll cage and a fire suit. How he plans to get to 9.4 seconds, we don't know. But to get the best mix of aerodynamics and cooling, he could always toss on a knock-off Bentley grill.