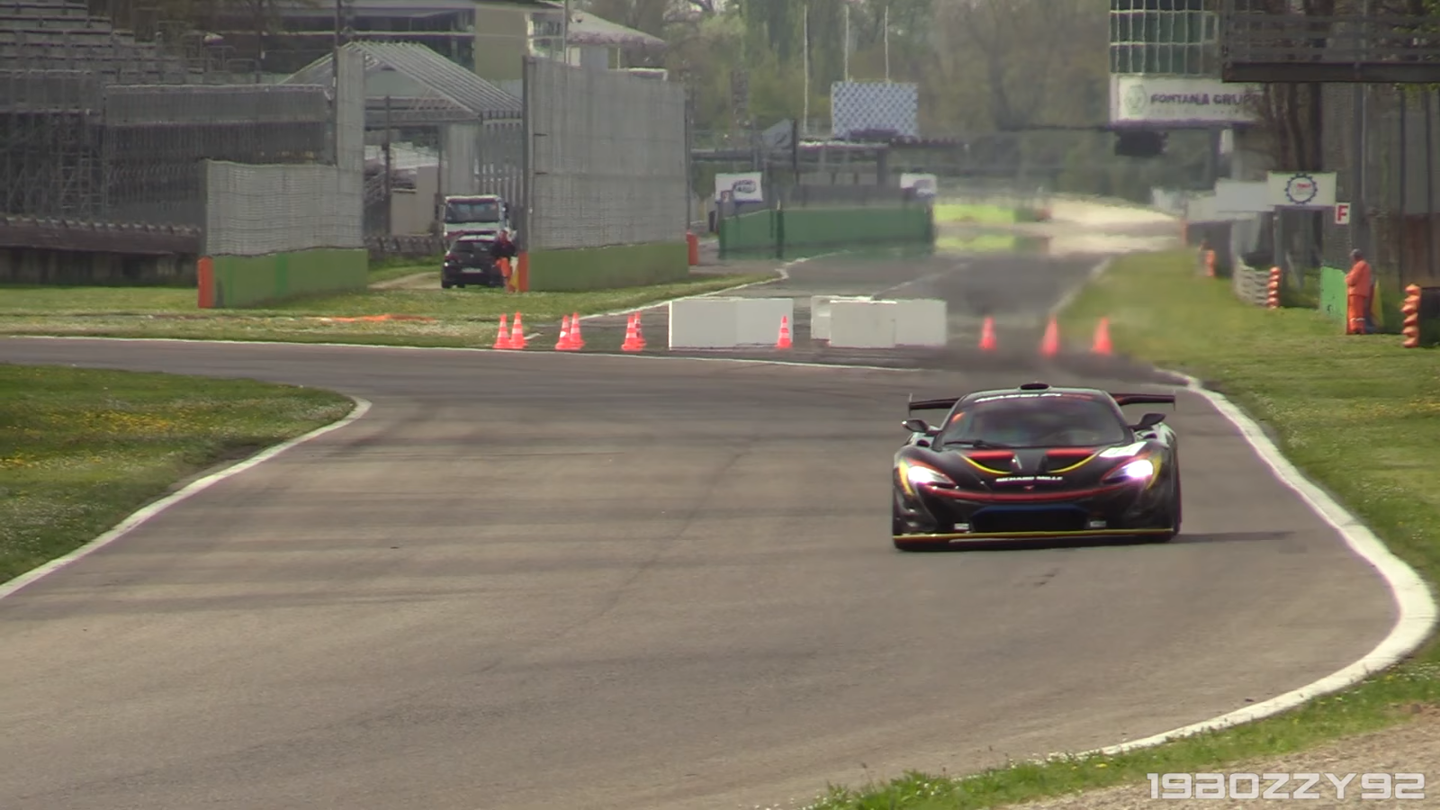 McLaren placed the P1 hypercar on an inconceivably high podium when it created a GTR version of the car. This was the first time that the automaker had revived the GTR moniker since the F1 GTR which won the 24 Hours of Le Mans in 1995, harkening back to the manufacturer's glory days of racing. It was priced it at $3.1 million, making sure that only top-level buyers could attain it, furthering its exclusivity even more. It's rare to see one out in the wild, let alone five of them like you see here in the video, all lapping the legendary Monza circuit.

Somehow, McLaren made the P1 GTR even more powerful than the road car. By introducing unique hardware like an iconel and titanium exhaust system, they were able to squeeze extra force out to 986 horsepower—certainly a resounding feat that beats out other boutique track cars like the Ferrari FXX K. That's 20 hp more than the "standard" P1, if you can call it that, promising for even more racing prowess on track.

The GTR puts its high power to use when combined with the aero, a fixed wing that brings about a 10-percent improvement of downforce when compared to the regular P1's active system. It's shed 110 pounds from road-spec by dropping all of the unnecessary luxuries for track use as well, enabling it to set records at tracks all over the world including the Goodwood Hill Climb.

Watch here as five different examples blast around the circuit with plenty of machismo to match the cars' rarity. Where, other than Monza, can you see action like this?