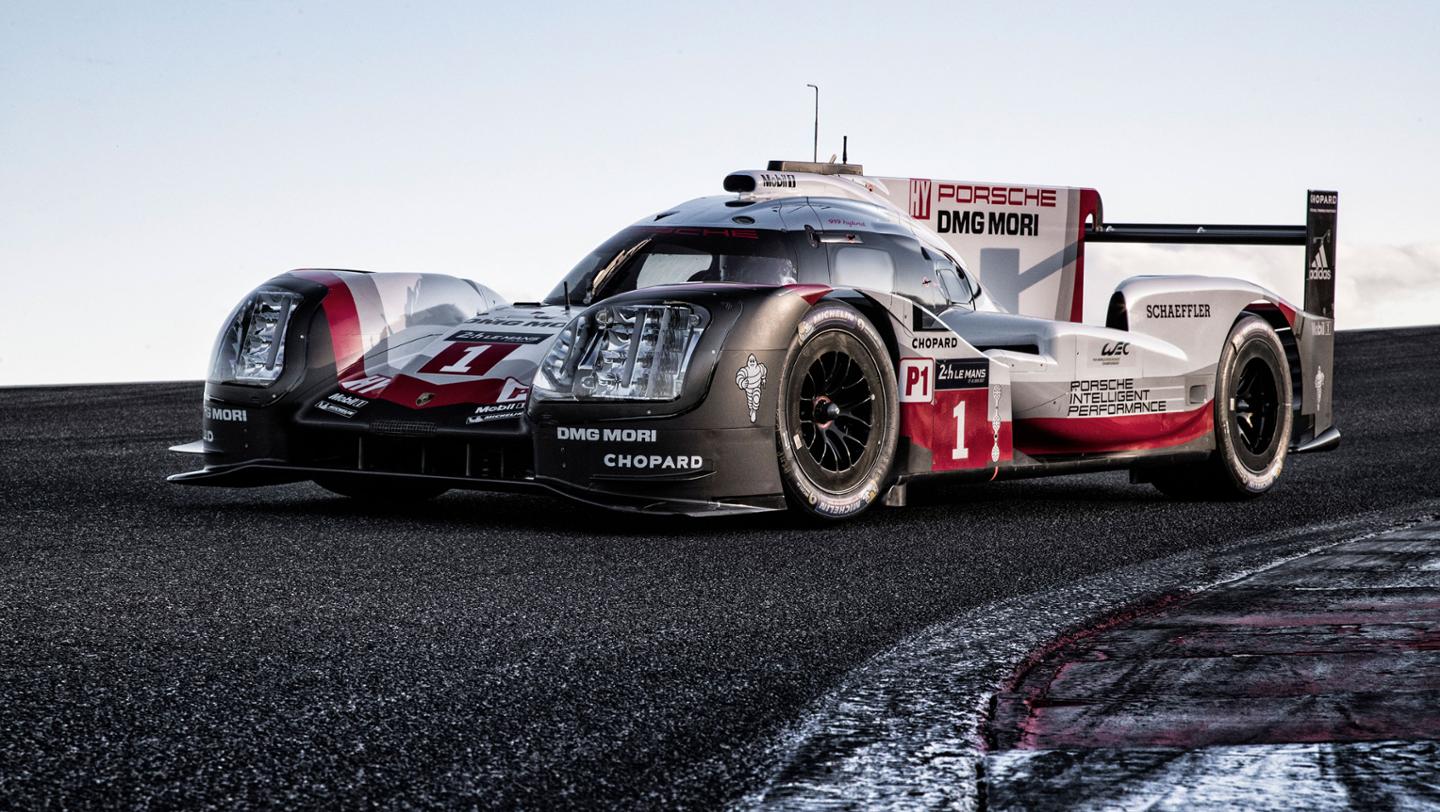 With Toyota hot on their heals, Porsche, last year's 24 Hours of Le Mans champions, have stepped up efforts to see that their title stays in Stuttgart. They've tipped their hand with the introduction of the 2017 Porsche 919 Hybrid, a car that shares a carbon fiber monocoque with last year's model, and little else. The manufacturer says that 60%-70% of the racer has been redesigned for this year's competition. In this video, you can see the 2017 car being put through its paces on track at Monza in the day and night, showing what it's got to its competitors.

Regulations for this year's series have been changed to make cars safer. The new rules have made the 919 Hybrid less aero sensitive, making for time loss of 3- to 4-seconds per lap, according to Porsche. They look to combat this by strengthening the car's powertrain in the future, reworking the 500+ horsepower 2.0L V4 engine that pairs with the 400 horsepower electric motors up front. This should put them right back towards the top depending on conditions.

Porsche has went with a truly inventive approach to the Kinetic Energy Recovery System (KERS). Thanks to the technology, the hybrid system can recover and store energy to maximize output.

TL;DR: KERS transforms an average of 80% of braking energy to drive energy, reducing the load on the combustion engine and reallocating it to the hybrid powertrain. It's then recovered and can be accessed by the push of a button from the driver.

Regardless of the crazy tech, it's pure entertainment to watch it around track. See it here as it blasts through Monza with glowing brakes and perfect noises to get you excited for the 2017 WEC season.