Rookie Dakar driver Bryce Menzies and co-driver Peter Mortensen's chance at winning Dakar 2018 is over due to crazy crash. 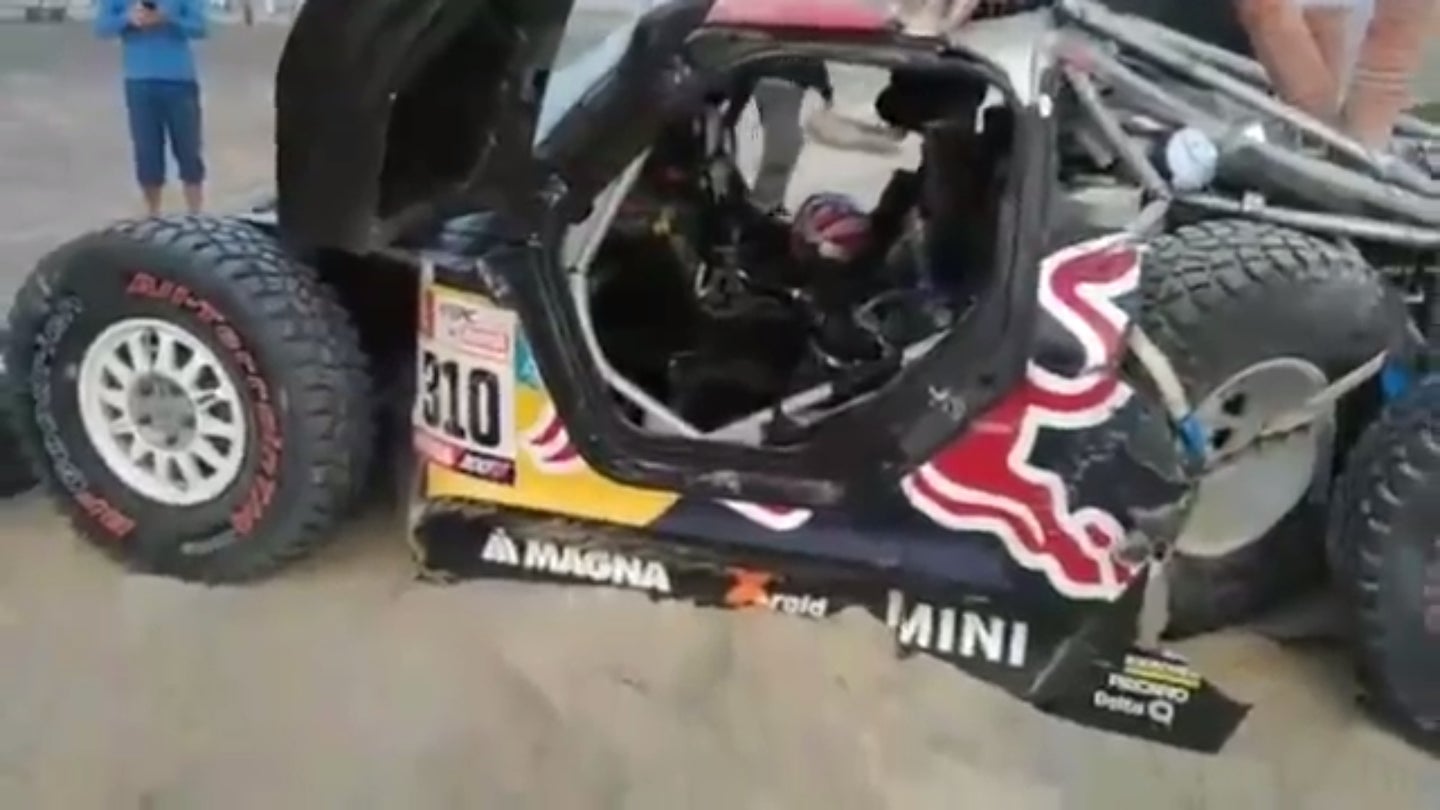 The Dakar Rally usually just called the Dakar is a 14-day off-road rally race which takes place in South America. American off-road driver and rookie to Bryce Menzies was hoping to win the Dakar. That was until his off-road rig somersaulted over a jump ending his race.

Menzies along with his also American co-driver Peter Mortensen were racing in a John Cooper Works MINI Buggy created by well known Dakar team X-Raid. Menzies was supposed to debut at the 2017 Dakar, but when attempting a world record jump in a trophy truck he fractured his shoulder. He still broke the record.

Sadly, Menzies and Mortensen's chance at winning the Dakar is over. The official Dakar Rally twitter reported that Menzies suffered a serious crash. Saying that both Menzies and his co-driver Mortensen appear to be okay, but their vehicle was heavily damaged.

Here is the footage of the crash via Bryce Menzies Instagram:

And here is aftermath of the crash.

After day one of the 2018 Dakar Rally Menzies and Mortensen had finished fourth. The crash occurred during Stage 2. It is hard to believe after watching the crash and the aftermath of the wreck that Menzies and Mortensen nearly walked away unscathed. Dakar initially reported that both drivers were okay, but Mortensen did break his ankle.

Menzies confirmed via Instagram that he will be returning to reattempt the Dakar in 2019.