A 204-mile per hour run in the half-mile drag is quite impressive from a 22-year-old Audi. 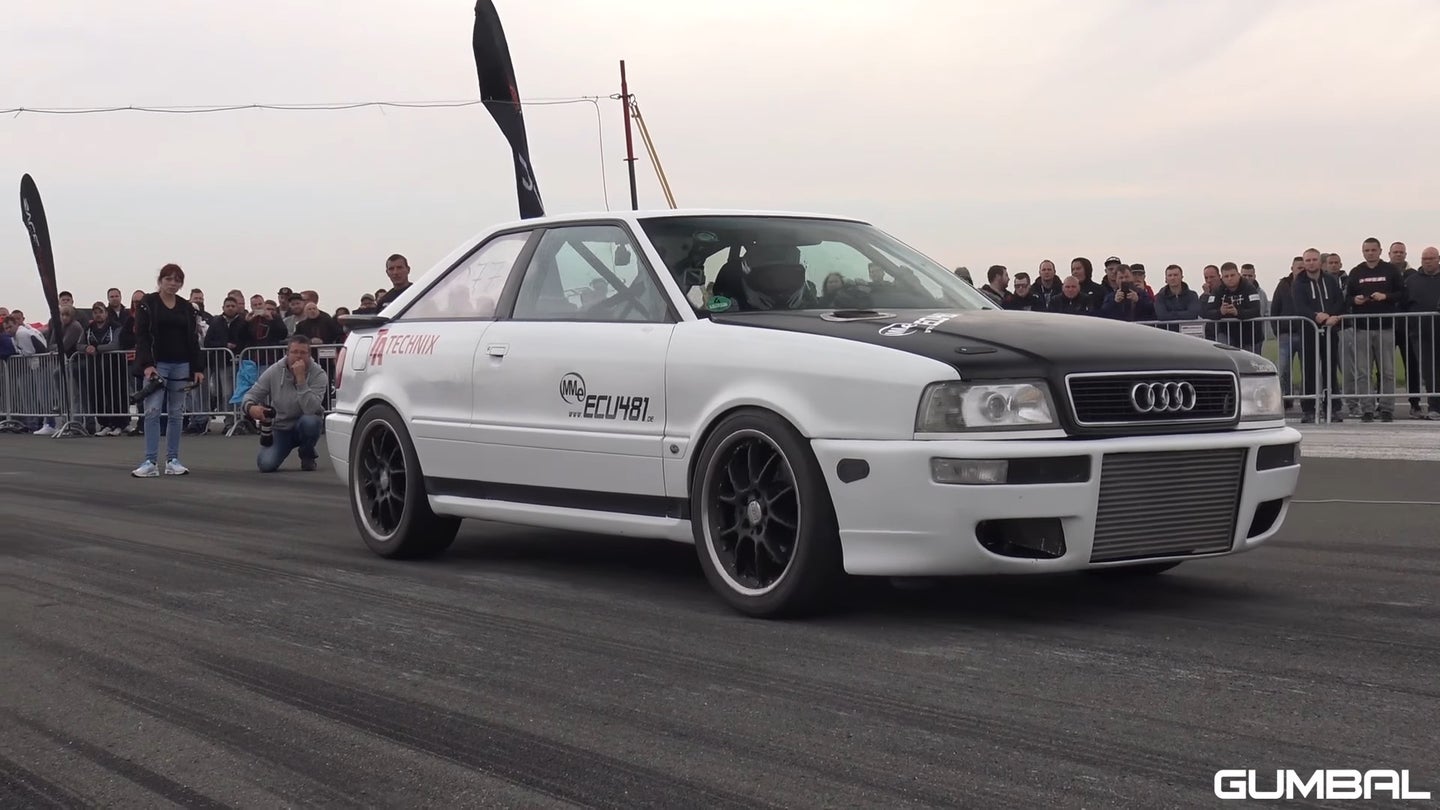 Tuned Audis and Volkswagens have been proving their mettle on the drag strip for some time, but if you still need convincing, here's a video of an old Audi S2 running a 204 mph half-mile that might change your mind.

Supercar-spotting channel Gumbal uploaded some great footage of the Audi S2 R30 Turbo Coupe testing at a drag strip in Germany. Its first attempt sees it hit about 197 mph in 15.14 seconds, which is nothing to scoff at. Its best run, though, was a blistering 204 mph tear in just 14.8 seconds.

However, we don't care as much about the numbers, because this car is much more fun to watch and listen to. Unlike some drag vehicles, this Audi's launches are nothing short of spectacular. There's little drama when it takes off, but the S2 loses grip in second gear from the acceleration and the driver has to wrestle with it to keep from spinning out. The car also sounds demonic at idle, and once it's anti-lag system kicks in, the S2's hood-mounted exhaust crackles, pops, and chirps all the way down the strip.

This ridiculous Audi is owned by Schönwalde resident Hakan, who gave Evocar Magazine the full details of his build last year. Hakan replaced his 1995 Audi S2 Coupe's 5-cylinder engine with a 3.2-liter VR6 engine from a Volkswagen Golf R32, which he says is better suited to handle this massive power increase. The build list is quite long, but the end result is a staggering 1,350-horsepower. That's a lot to handle, as you can see below.