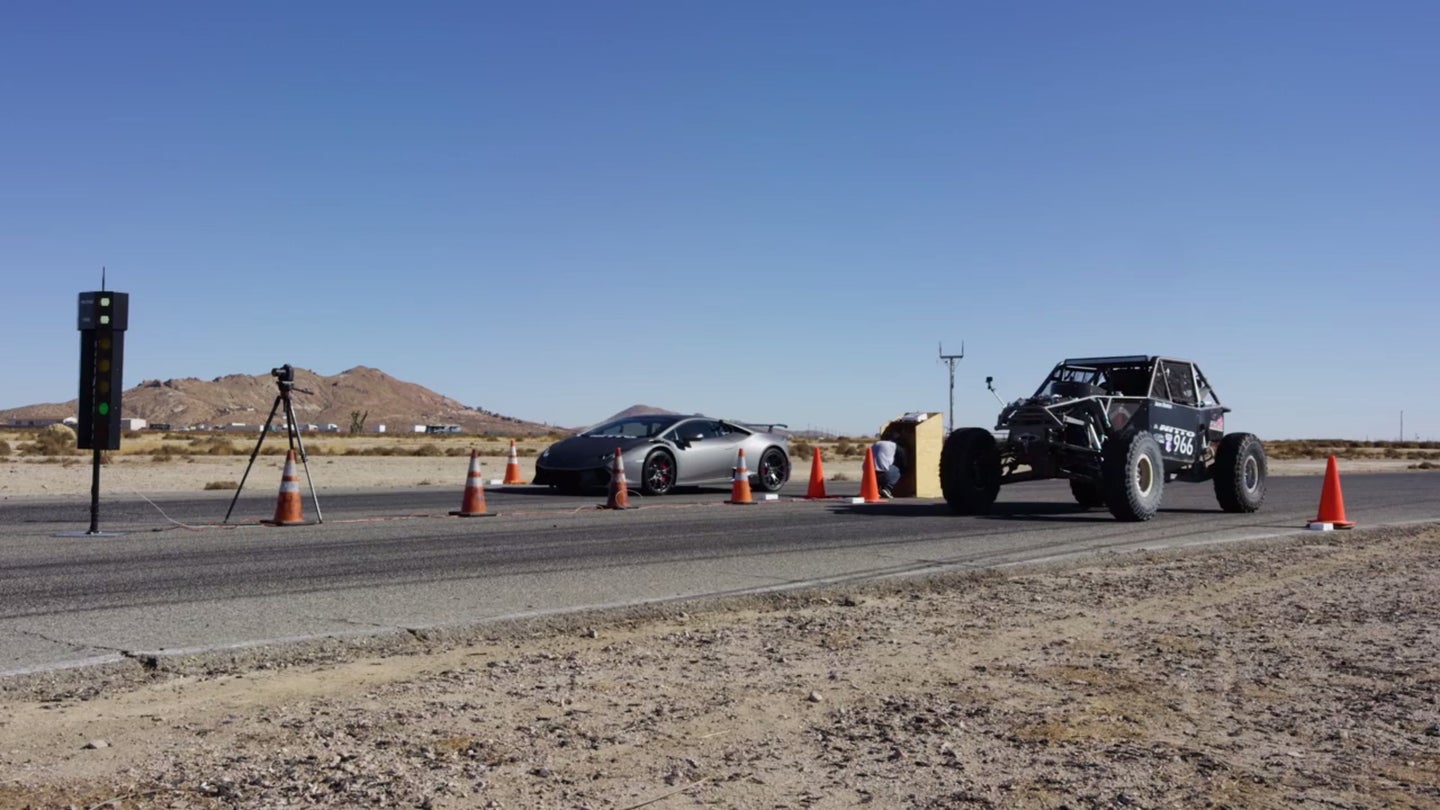 Samuel Hubinette was a former two-time Formula Drift champion and is now a professional stunt driver. Along with his wife, Stina, they created a stunt driving company called Hubinette Stunts. The way the pair showcase their skills for their company via a Lamborghini Huracan LP 580-2. Hubinette recently had a VF Supercharger kit added to the car which bumped up 200 more horsepower. How do you test your now 800-hp Huracan? You invite a 900-hp Ultra4 off-road race rig to race at Willow Springs International Raceway in California.

Piloting the Ultra 4 off-road race rig is Jason Blanton. I previously covered Blanton and his Ultra4 rig when he brought it to Hoonigan's Donut Garage and destroyed its lot. He ended up making no. 5 on my Hoonigan Daily Transmission Best of 2017 list. In the Driving Line video, Blanton tells Hubinette all of the details on his rig and describes the engine as being basically a NASCAR engine.

Hubinette and Blanton line up the Huracan versus the Ultra4 rig. The Ultra4 rig is four-wheel drive, so initially off the line, it takes the Huracan, but eventually, the Huracan catches up. After the first race Hubinette jokes that he could not even hear his own engine or if he was spinning the tires due to the raw sound from Blanton's rig.

They go at it a second time, but I won't spoil that close race, you'll have to check out the video for that.

The pair race back to the start line with Blanton in the dirt and Hubinette on the road. They even play around with some donuts with Hubinette laying down some smokey white donuts and Blanton with some dusty dirt donuts. Eventually, they hit the road course together for some great shots of both cars hitting corners with the sun going down.

Check out Driving Line's YouTube video below of the Huracan vs. the Ultra4 rig.