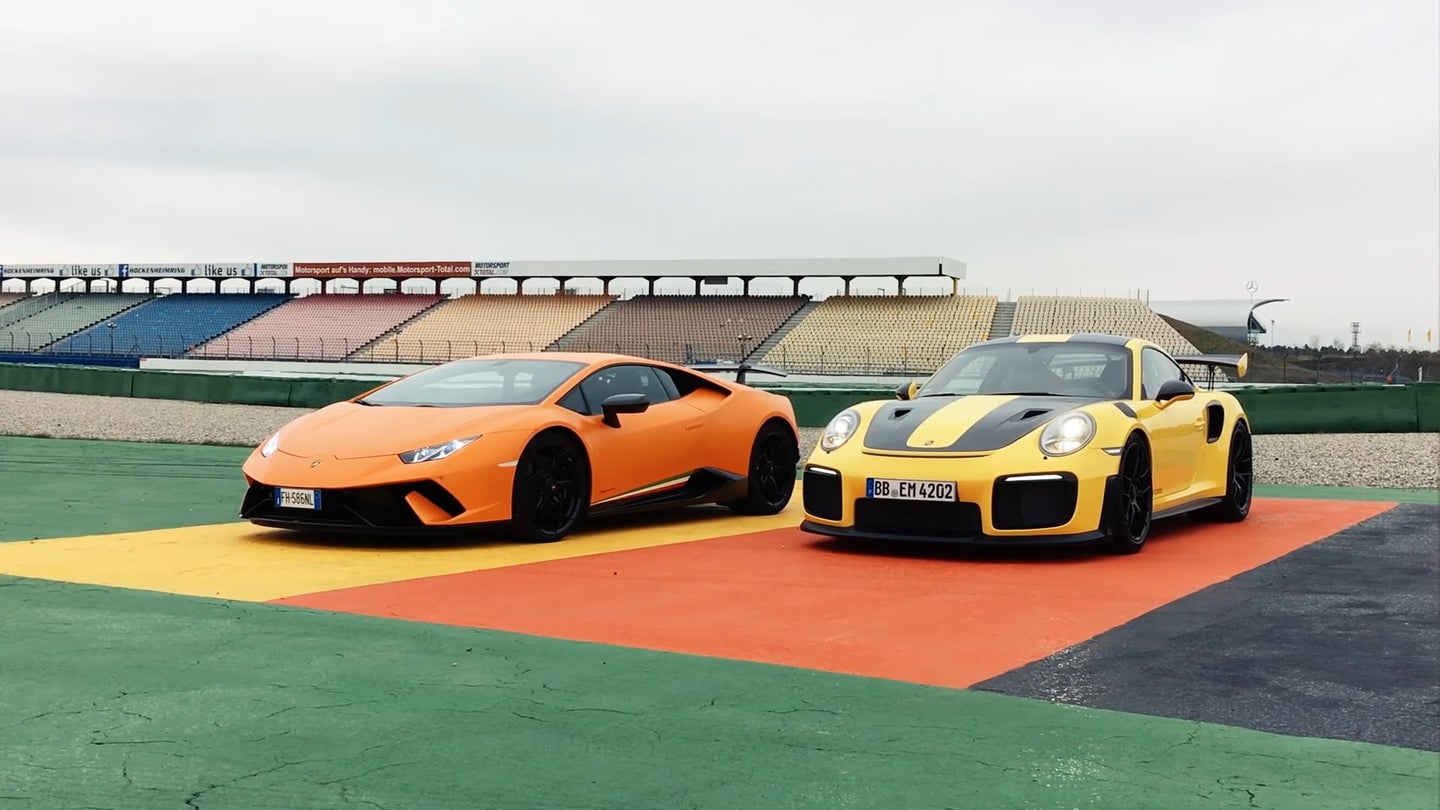 It's safe to say that the Volkswagen group has some of the best production track cars on offer right now—the Porsche 911 GT2 RS and Lamborghini Huracan Performante come to mind. They both sit at the top of the Nurburgring leaderboards in the street-legal production category, with the Porsche ahead by five seconds. What happens when we take them off the tired Nordschleife circuit and put them on a smaller, smoother track 150 miles away?

German magazine Sport Auto did just that, putting the two track-oriented VWs in a head to head battle on the 2.8-mile-long Hockenheimring. There's no commentary or annoying music, just three minutes of exciting onboard footage, crazy-fast laps, and wonderful exhaust notes––how very German of them.

While the Porsche's lap looks slightly less tidy than the Lambo's, it takes the win again with a 1.7-second lead over the Huracan; it's much closer, but even a second faster is a huge difference on the track. Both cars are quite impressive though, taking spots 1 and 2 on Sport Auto's Hockenheim leaderboard.

The Porsche may be faster in the hands of journalists and test drivers, but you can't go wrong with either of these track-bred monsters. The Huracan Performante's active aero system and forged carbon fiber components make it a force to be reckoned with. However, Porsche's magical rear-mounted flat-six formula proves that you don't need fancy aero bits to go fast.

Which car would you choose?