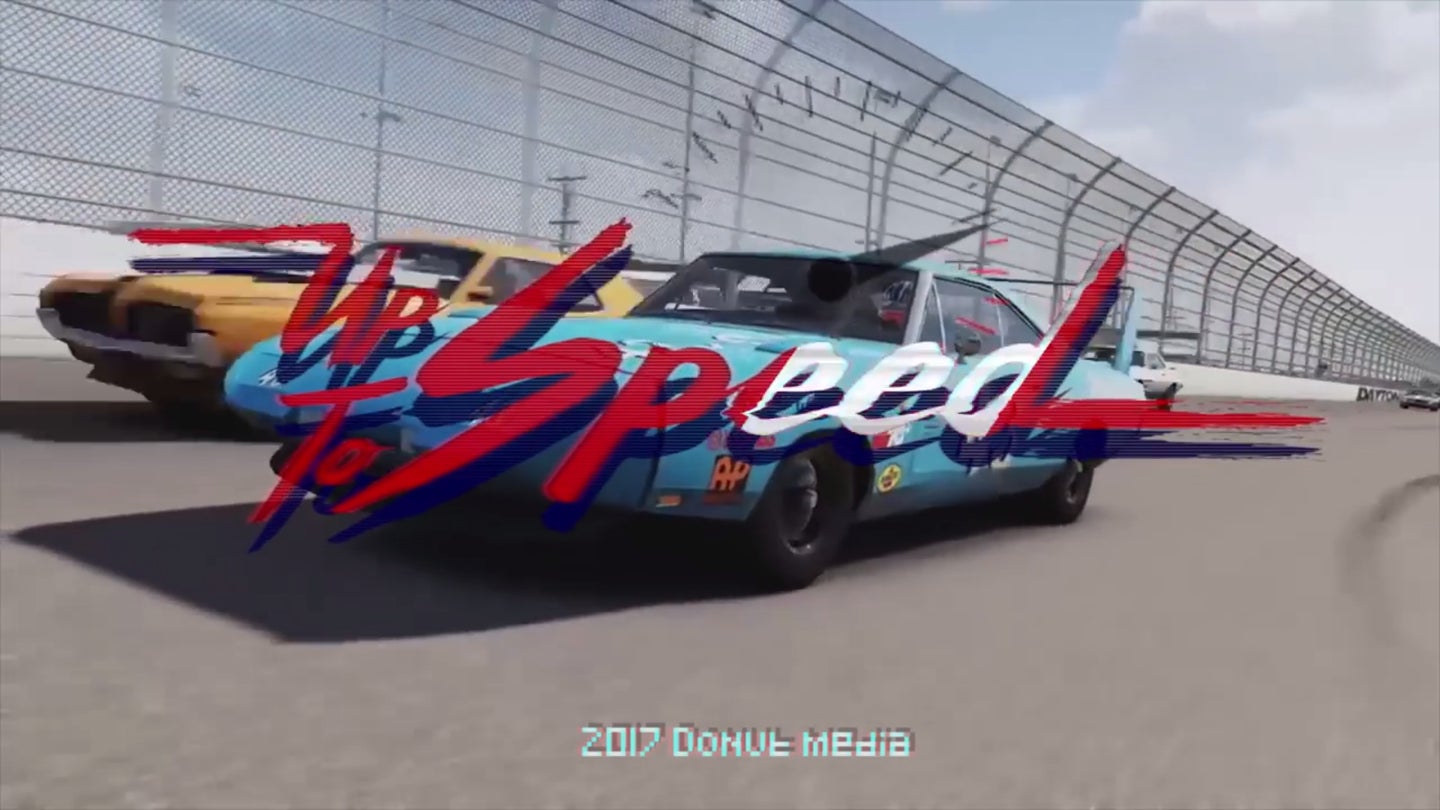 This week's Everything You Need to Know | Up to Speed video by Donut Media is about the Dodge Charger Daytona and the Plymouth Superbird. Donut Media's host James Pumphrey, gives the details on why the pair of historic cars were created and the impact they had.

In the late 1960s, Dodge was not faring so well in NASCAR. As Pumphrey puts it, the order came from the top of the company to "build a car that can win." The shape of the Dodge Charger limited its performance it had a large front grille opening, which created a lot of drag and a rear that initiated lift, which is not good for the top speeds achieved in NASCAR racing. Dodge attempted to remedy these issues with the Dodge Charger 500 in 1968, but the changes were not helping Dodge win.

In 1969 Dodge created the Dodge Charger Daytona. The Charger Daytona was basically a Charger with a nose cone for better aerodynamics, along with a very tall wing on the rear of the car. Pumphrey mentions that the car was developed with help from Chrysler's "missile division" when it was helping the United States military with Operation Paperclip.

The car debuted at the Talladega 500 and it won its first race. The Charger Daytona is also known for being the first NASCAR car to achieve a speed of more that 200 miles per hour. Chrysler created a sister car to the Dodge Charger Daytona creating the Plymouth Superbird. Back when Dodge and Plymouth were not doing well in NASCAR, famed driver Richard Petty had jumped ship to Ford. It is believed that Chrysler created the Superbird as a way to get Petty to return to the Plymouth team. It worked.

Check out Donut Media's Daytona/Superbird video below for more of the details.