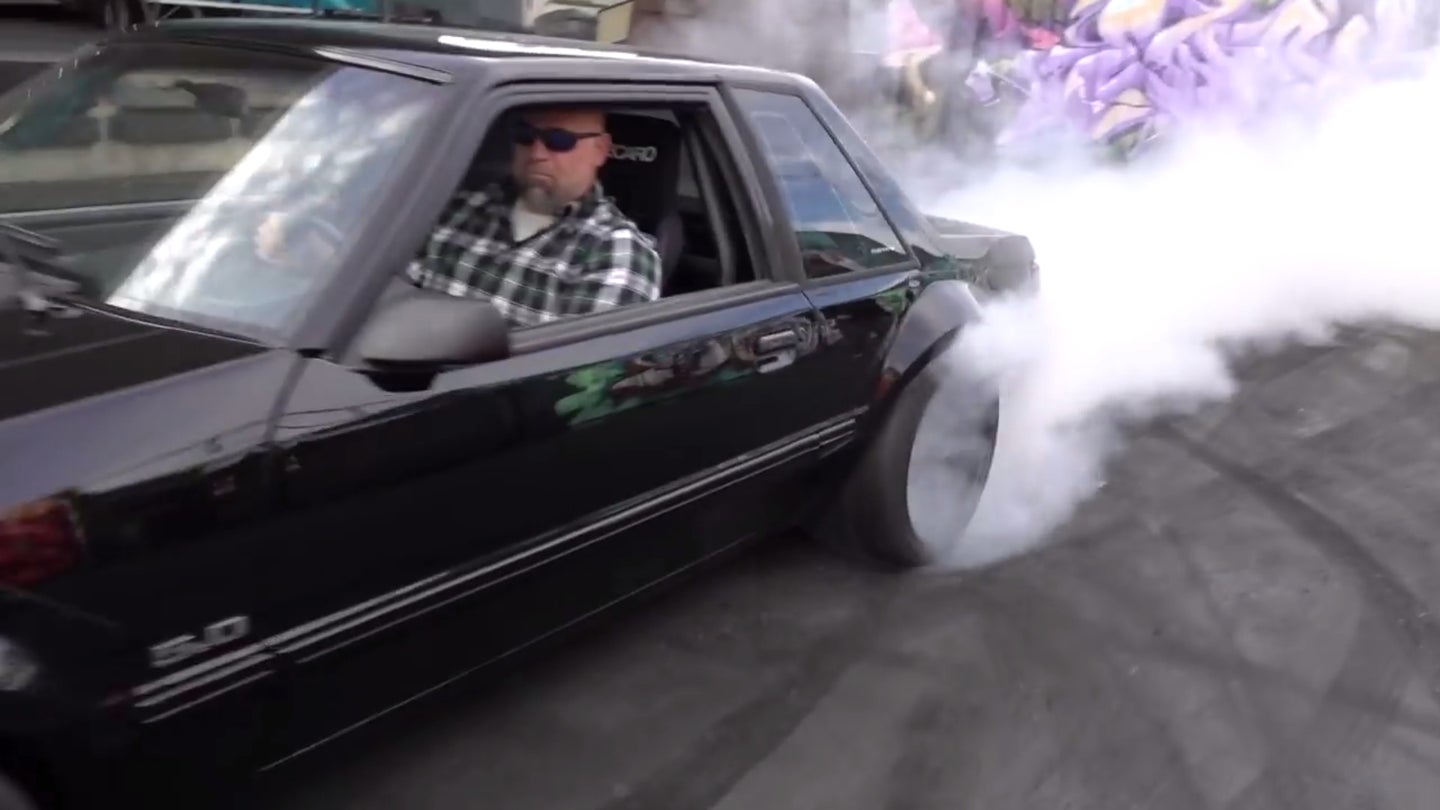 He has visited Hoonigan in the past as he was one of the first guests of its sister series A BREW WITH. If you have been following Farah you will know he has had a long-term project of creating his perfect canyon carver in the form of a Fox Body Mustang and he brought it with him to the Donut Garage. The car is a third generation 1988 Ford Mustang. In a previous life, it was a highway patrol car from 1988 to 1994.

The Mustang is powered by a 350 horsepower crate motor. Its chassis was built by Maximum Motorsports. It features independent rear suspension from a 2004 Mustang Cobra as well as custom Bilstein shocks, and most importantly a cup holder from a Mercedes G-Wagon. Farah's Mustang also has a set of HRE Wheels wrapped in 295 section Michelin Sport Cup 2 rubber to help with the canyon-carving grip.

Playing with the 2018 Ford Mustang's Futuristic Dashboard
The Drive

Hoonigan is known for some of its vehicles being in a bad state and undrivable. Co-founder Brian Scotto is an inside joke on its Is it Brian's? Does it run? video series. So Farah tells the Hoonigan guys that "Having a car that just works is glorious."

Farah knows what he's getting into bringing a car to the Hoonigan Donut Garage—donuts or burnouts are required. He is up to the challenge, but with his Mustang's wheels being wrapped in grippy Michelin Sport Cup 2 tires, water would be needed. He rips a solid burnout for a car with that much grip.