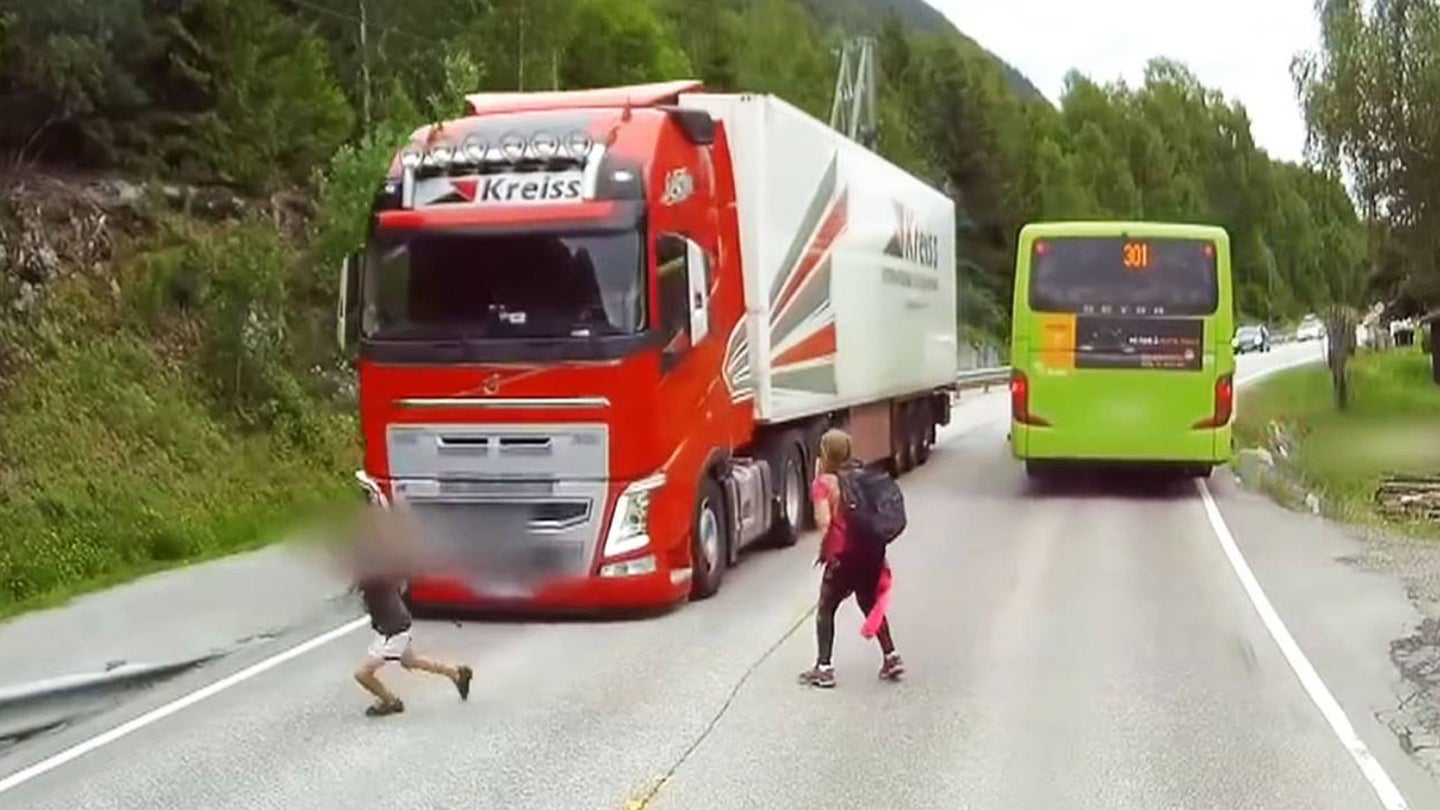 Volvo's famous obsession with safety doesn't end with its passenger cars, as the company's ubiquitous (in Europe, at least) semi-trucks are also equipped with a suite of driver-assist features including automatic emergency braking. But this video, which has been making the rounds this week, doesn't show the system save a child's life as others have suggested. According to an investigation by Volvo and the trucking company, what you're about to see is some God-level reaction time on the part of the driver.

The dash cam footage, taken from another truck, follows a bus through a rural area in southern Norway as it stops to let off a group of children. The kids initially gather on the shoulder of the narrow two-lane road at the back corner of the bus, but suddenly two of them sprint across the road without looking—right into the path of an oncoming semi in the opposite lane.

The driver in the camera truck sounds his horn to warn them, but it appears to be too late. One of the kids ends up directly in front of the semi, but the driver instantly slams on his brakes, and the child is able to stumble wildly forward and barely avoid getting squashed as truck slides to a stop. In the slow-motion replay at the end, you can see the Volvo FH got within a foot of them. If you're a parent, consider showing this to your children to press home the importance of stopping to look both ways when crossing the street.

The YouTube video title, along with several headlines this week, credit Volvo's automatic emergency braking system with saving the kid's life. And that's a fair conclusion, given how quickly the truck was able to stop. However, an investigation between Kreiss and Volvo showed that the system, which is more designed for stopped or slowed cars on the highway, never registered the "small-height child." The incredible save was "100 percent human reaction," in the words of the report, though we think "superhuman" is a better descriptor here.

Kreiss also posted on Facebook that it will be giving the driver, a "competent and experienced" employee, an award for his actions.