At those speeds, the result's not pretty on either side. 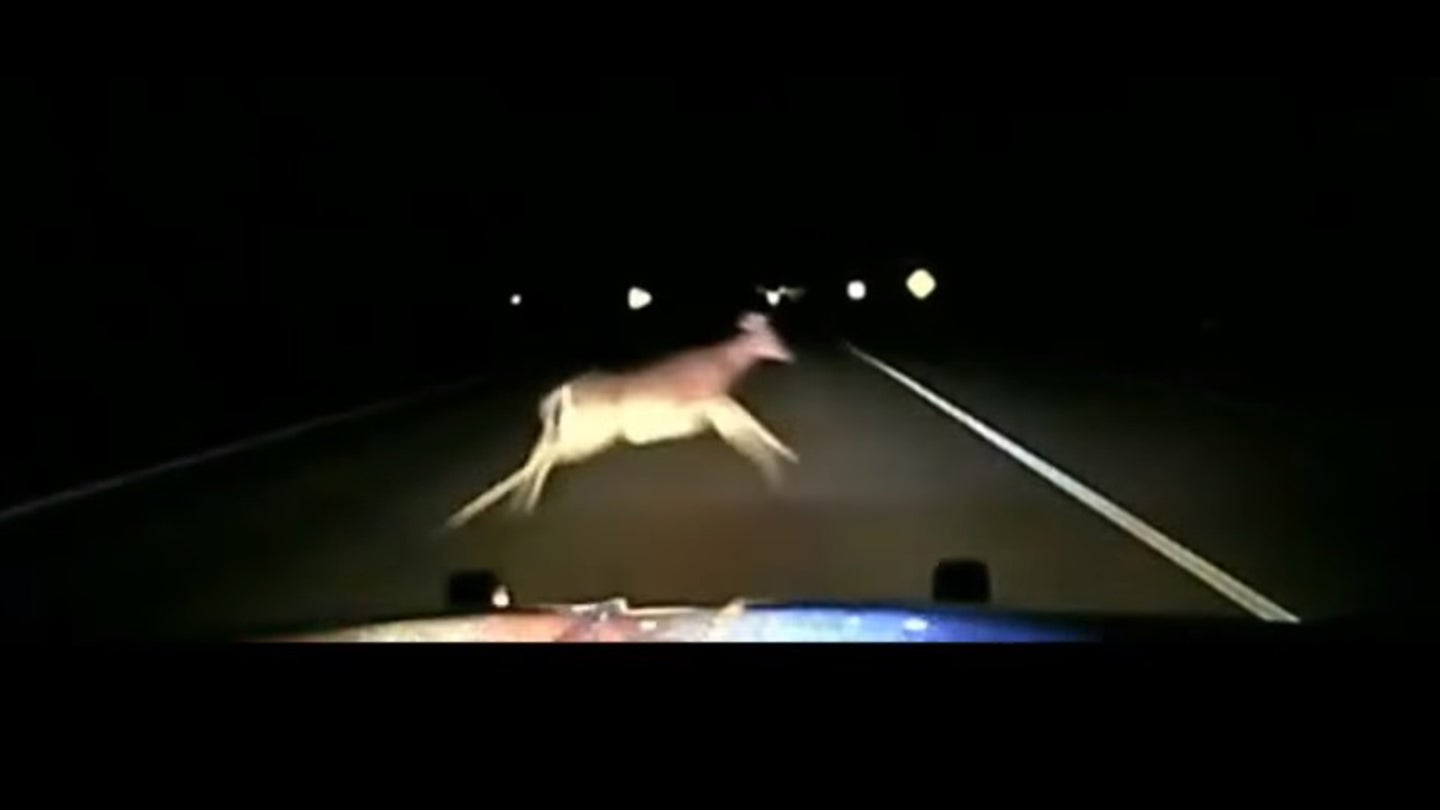 Deer season in Minnesota doesn't begin until November 4, but one sheriff's deputy got a head start last weekend when he struck a deer while traveling at 114 mph as he responded to a call in the middle of the night. Isanti County Sheriff's Office released dash cam video from the violent crash this week, and it shows the deputy is lucky to be alive. The deer? Not so much.

According to the Duluth News Tribune, the officer was responding to a call about a man with a gun early Saturday morning in Cambridge, Minnesota when the collision occurred. With the highway empty and his lights and siren on, the officer was reportedly traveling at 114 mph in his Dodge Charger, which the Isanti County News notes is within the department's standards for that situation.

In the video, it's impossible to see anything beyond the reach of the headlights as he books it down the road. And just after 0:30, that endless stretch of smooth asphalt is broken up by a full-grown deer trying to get across the highway. There's no time to brake; the deputy strikes the deer head on at full speed. As the department notes in its Facebook post, that trust in the strength of the car and ability to keep it steady after the airbags blew likely saved the deputy from serious injury. Swerving wildly at that point would have sent him flying off the road and possibly into a high-speed roll.

The deer was killed instantly, while the deputy walked away uninjured. The rest of the video shows the feed from his body cam as he exits the vehicle and examines the damage, which is, in a word, substantial. The front end is completely smashed in and covered in bits of liquefied deer. There's a picture below, but don't look if you're squeamish. It's not pretty.

This isn't the first dramatic deer strike we've seen this year (involving another Charger, to boot), and with the hunt just beginning, it won't be the last.