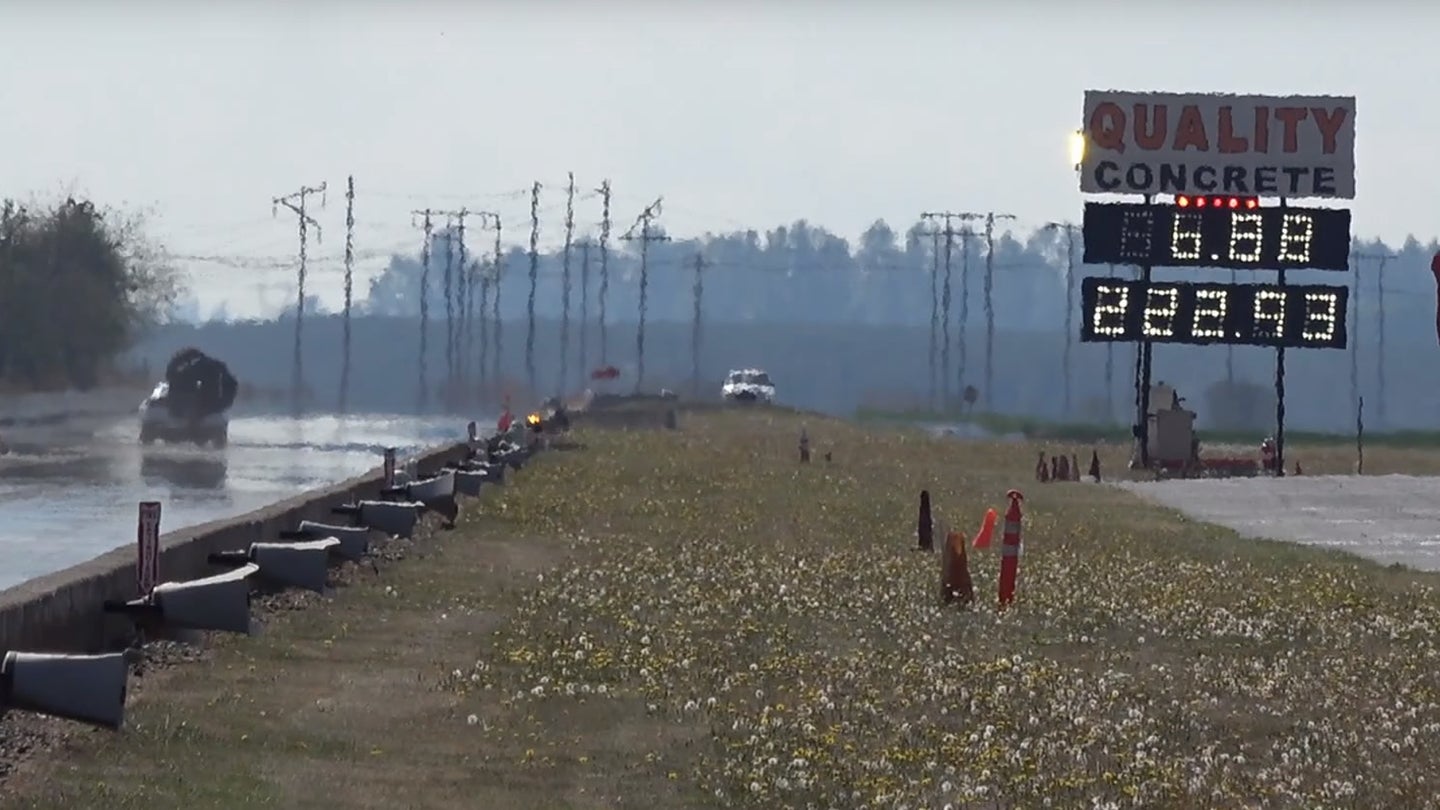 When you build a 3,000-horsepower Nissan GT-R drag car, you're out to take some names. The folks at Extreme Turbo Systems last trotted out their demonic project at a July showdown in Colorado, walking away with a record 255 mph standing half-mile run. This weekend, they showed up at a drag strip in Oregon and captured another prize—a 6.88 second quarter-mile blast at an astonishing 222 mph, both of which are world records.

Just for some perspective, that means the ETS GT-R is faster from 0 to 222 mph than most crossovers and economy cars are from 0-60. That kind of neck-breaking power is the result of years of development plus an arms race with rival tuning shop AMS Performance, whose own 2,500+ horsepower Nissan GT-R build previously claimed the AWD quarter-mile record back in March. Clearly, ETS couldn't let that stand.

The video from That Racing Channel on YouTube shows the team make three runs, beginning with a "lower power pass" to check the traction levels (which still produced a 7.29 second/187 mph result). They crank the boost up higher than ever before for the second pass, leading to a record 6.91 second/195 mph run—and a true code brown moment when the tires break loose in fourth gear and the GT-R kicks sideways. Driver Lucas English, who is the real unheralded star of all this, manages to reel it back in with inches to spare with a little help from the drag chute.

Since it's a cool, damp morning, the ETS crew opts not to dial back the power and instead wait for the clouds to break and the sun to warm up the track surface. When it does, they're finally able to put it all together and lay down an indisputable 6.88 second/222 mph world record quarter-mile run. At the current rate of progress, the AMS-ETR war should produce a 5-second Nissan GT-R sometime next year. We'll be waiting.