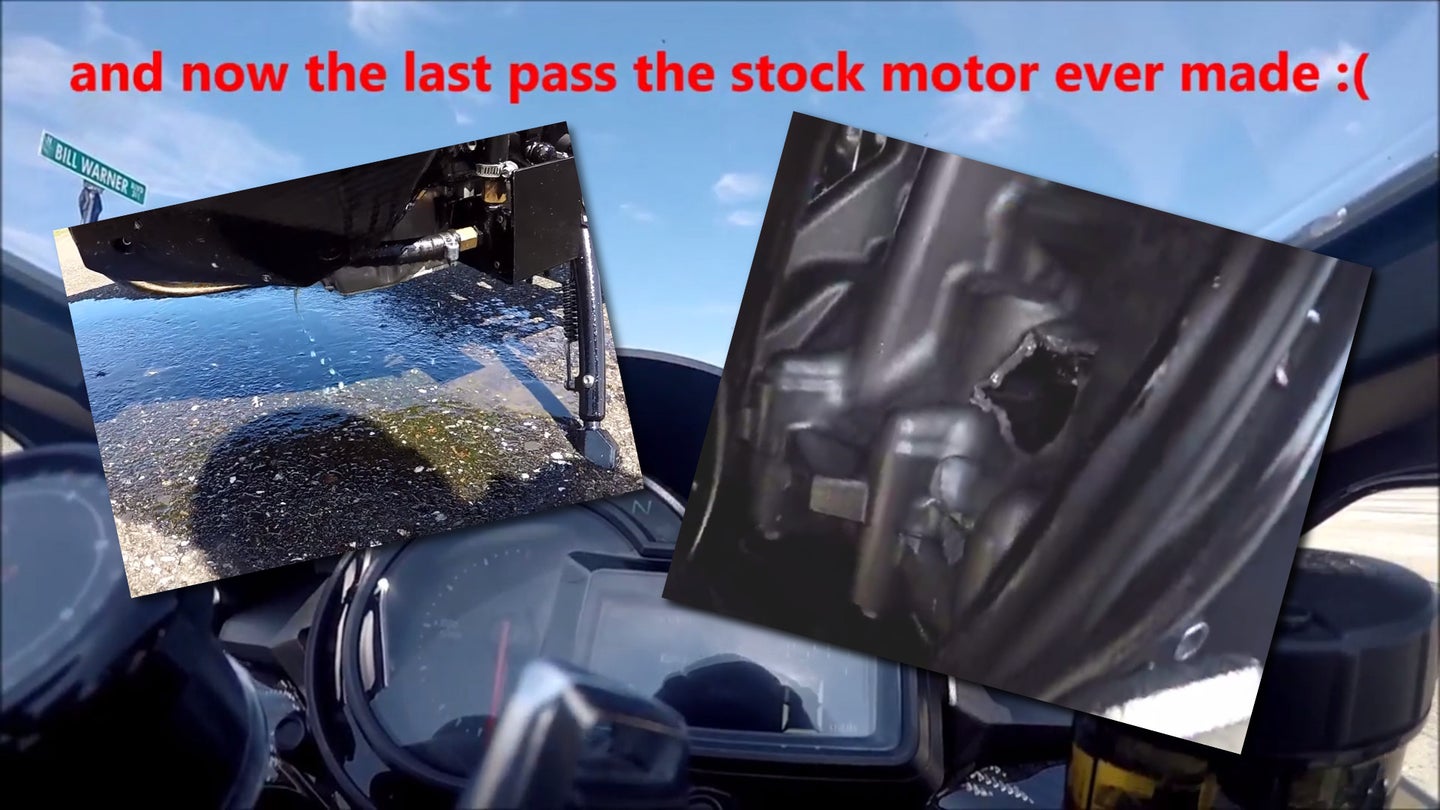 It's been two years since Kawasaki went insane and decided to stuff a four-stroke, supercharged engine into its literbike platform and create the first-of-its-kind Kawasaki Ninja H2. In stock form, the 200-horsepower engine is capable of pushing the bike a 0-60 mph sprint in 2.3 seconds and a sub-10 second quarter mile run at 152 mph. And apparently, it's also good at throwing a rod through the block and destroying itself at 188 mph.

User BOOSTEDH2 posted a YouTube video of his doomed high-speed run at an event over the weekend, which could have ended in disaster. In previous videos on his channel, he describes the various upgrades to the bike—including a Brocks Performance Stage 2 package, a Guhl ECU flash, and an MC Cycle Works intercooler—but notes that the engine and supercharger remain stock.

He manages to hit 230 mph on his first attempt, but that impressive show was also to be his last. The engine fails spectacularly at 188 mph as he's ripping through the gears on his second pass, making some demonic sounds and spraying fluid everywhere before cutting out entirely. He's incredibly lucky the rear wheel didn't lock up, though without seeing his hands its possible he managed to grab the clutch in time. He's also fortunate his rear tire didn't end up covered on oil.

A post-ride inspection reveals what he likely knew instantly: The bike threw a rod straight through the block, and the engine is done for good. But like any good gearhead, he ends his video with a message promising to rebuild.