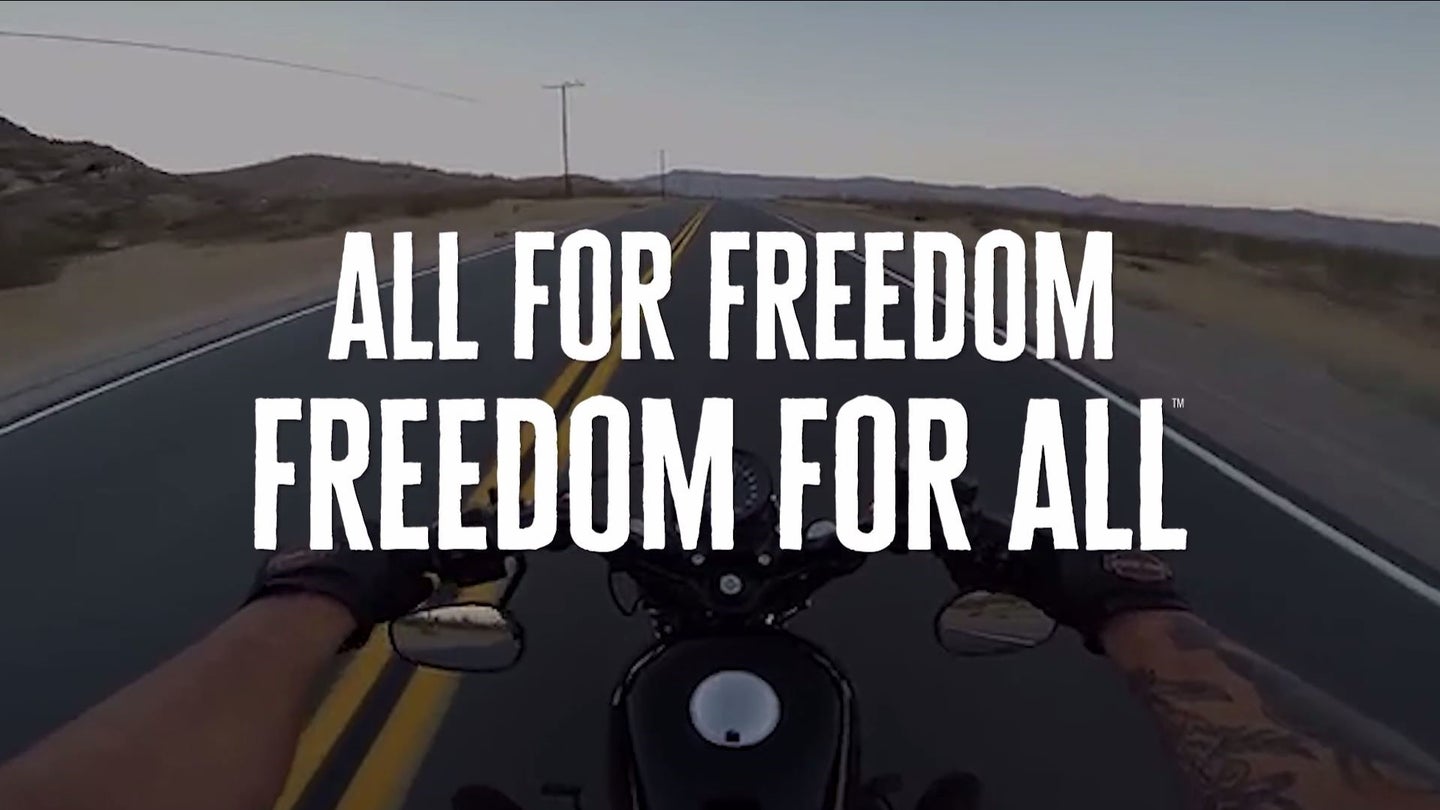 Harley-Davidson is embracing its reputation for freedom with its new brand platform, “All for Freedom, Freedom for All.” Part of that platform is the new #FindYourFreedom social media campaign. Launched on Facebook Wednesday, Harley published a video to the tune of Movin on Up by Primal Scream. The video shows old racing footage, a badass picture of the company's founders, riders from today, and everything between. We see a diverse group of people from all walks of life sharing a love of freedom via Harley-Davidson motorcycles. Also, there’s a random bald eagle in there, because, America. It’s an effort to bring in new riders, which Harley-Davidson desperately needs.

The video is about the people who ride Harleys more than it is about the bikes themselves. It hits home the strong community and brand identity that Harley is famous for. Rather than focusing too much on the past and “heritage,” Harley is showing us how much riders are enjoying Harley-Davidson bikes today. The video shows us that when you get a Harley, you aren’t just buying a motorcycle, you’re joining a club.

This is the first in a series of 30- and 90-second long videos containing user-generated content. You can be part of this campaign by posting pictures and videos of your Harley-Davidson experiences with the hashtag #FindYourFreedom. Harley is hoping that with enough hashtags, likes, and shares, it'll get non-riders into motorcycles with Harley-Davidson as their ambassador to the open road.

Is this going to help get some young blood into Harley dealers or should they be focusing more on their product line to bring in the youths?