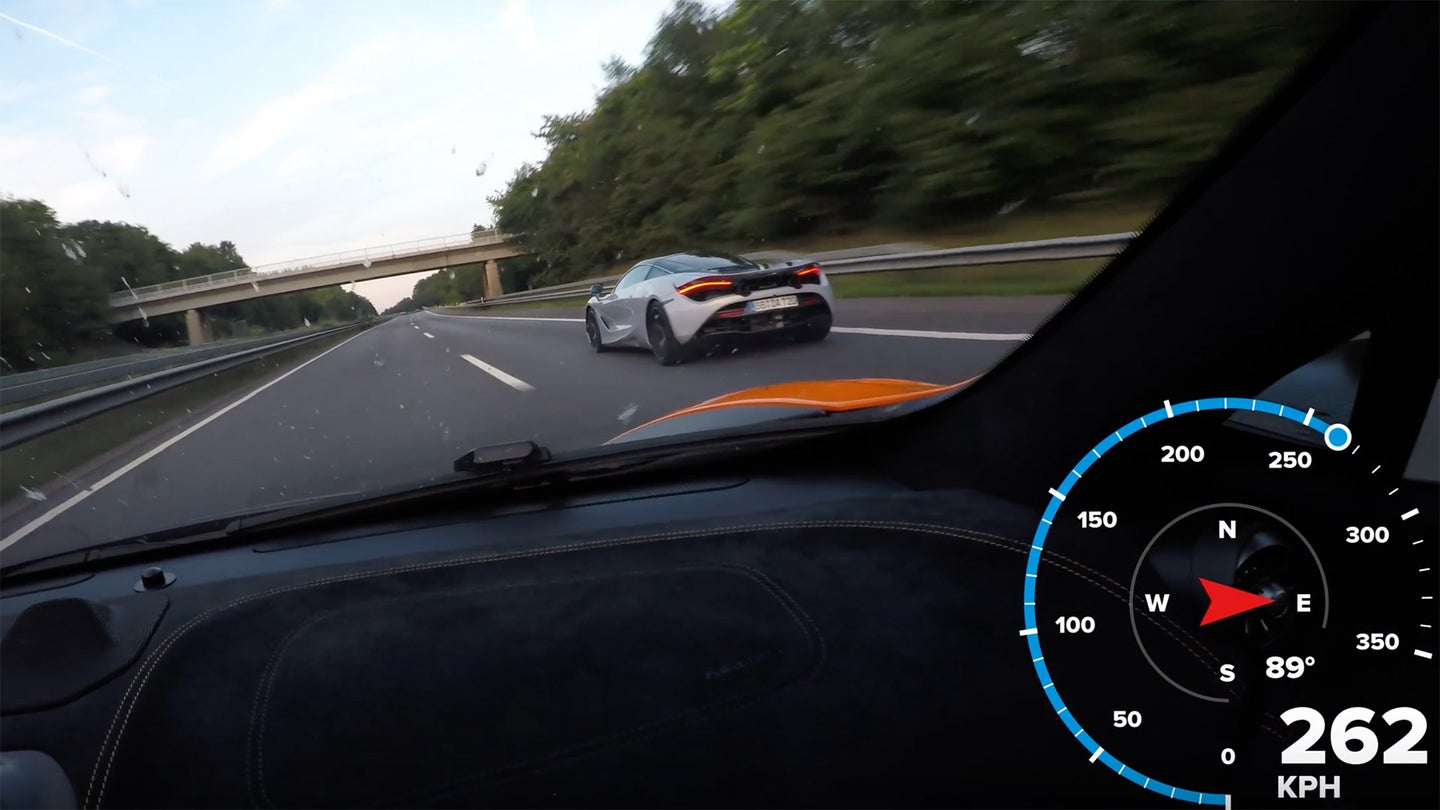 What do you get when two land rockets dual? An absolute dynamite video featuring high speeds and engineering wizardry. In the video below we have the privilege of seeing a McLaren 675LT go head-to-head with a McLaren 720S in an epic Autobahn battle of the fittest.

The 720S is able to sneak past the 675LT with a top speed of 212 MPH and a 0-60 time of 2.8 seconds (0.10 seconds faster). However, performance times are pretty much irrelevant at this point since they are both insanely gorgeous supercars that stick the the pavement like glue. The downforce created through both vehicle's aero kits allow the McLaren's to stay firmly planted during their Autobahn escapade and not flying through the air.