There's rich, and then there's this. 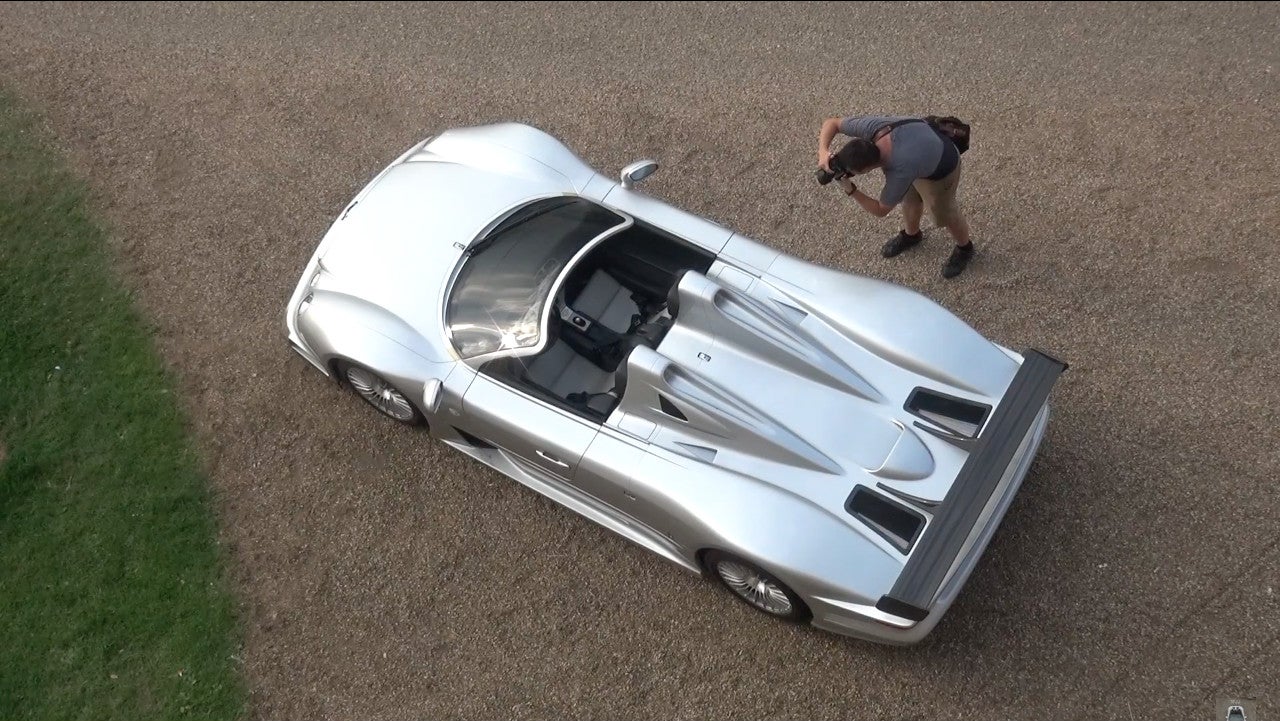 You'd have to be extremely carefree—and probably rich—to be willing to cane a car as rare as a Mercedes CLK GTR down a brush-flanked driveway. One YouTube videographer got a chance to not only film the CLK GTR being driven like it's in a TaxTheRich100 video, but got to do so from the best place possible—the passenger seat.

For those not in the know, the Mercedes CLK GTR is a homologation special, built to satisfy entry rules for the former FIA GT1 endurance racing classification, which required a minimum production run of 25 road cars. Mercedes built a grand total of 26 of these glitzy behemoths, with 20 being hardtop coupes, and the remaining six as roadsters, one of which is in the film below. Though the majority had 6.9-liter V12 engines, making 612 horsepower, six were built with a 7.3 liter V12 that made 655 horsepower, an engine that would later appear in the Pagani Zonda. The video's creator erroneously cites the power figure of the smaller engine.

For those interested, Tiff Needell once reviewed the CLK GTR on an older iteration of BBC's Top Gear.

It comes as a relief to see a car like this owned by someone who is unafraid of turning it around with a liberal application of the right foot. Too many cars that share genes with race cars are left on plinths, never taken out for a romp. Though we live in an age where the general public is more aware of the wealth gap than ever, can we at least be grateful that not all of the 1 percent are squatting on trust funds? Some of them are out there slinging homologation cars down tight roads, bringing camera-happy YouTubers along with them, so others may too enjoy their riches.