Jaguar Says 'Do a Barrel Roll' at E-Pace Reveal 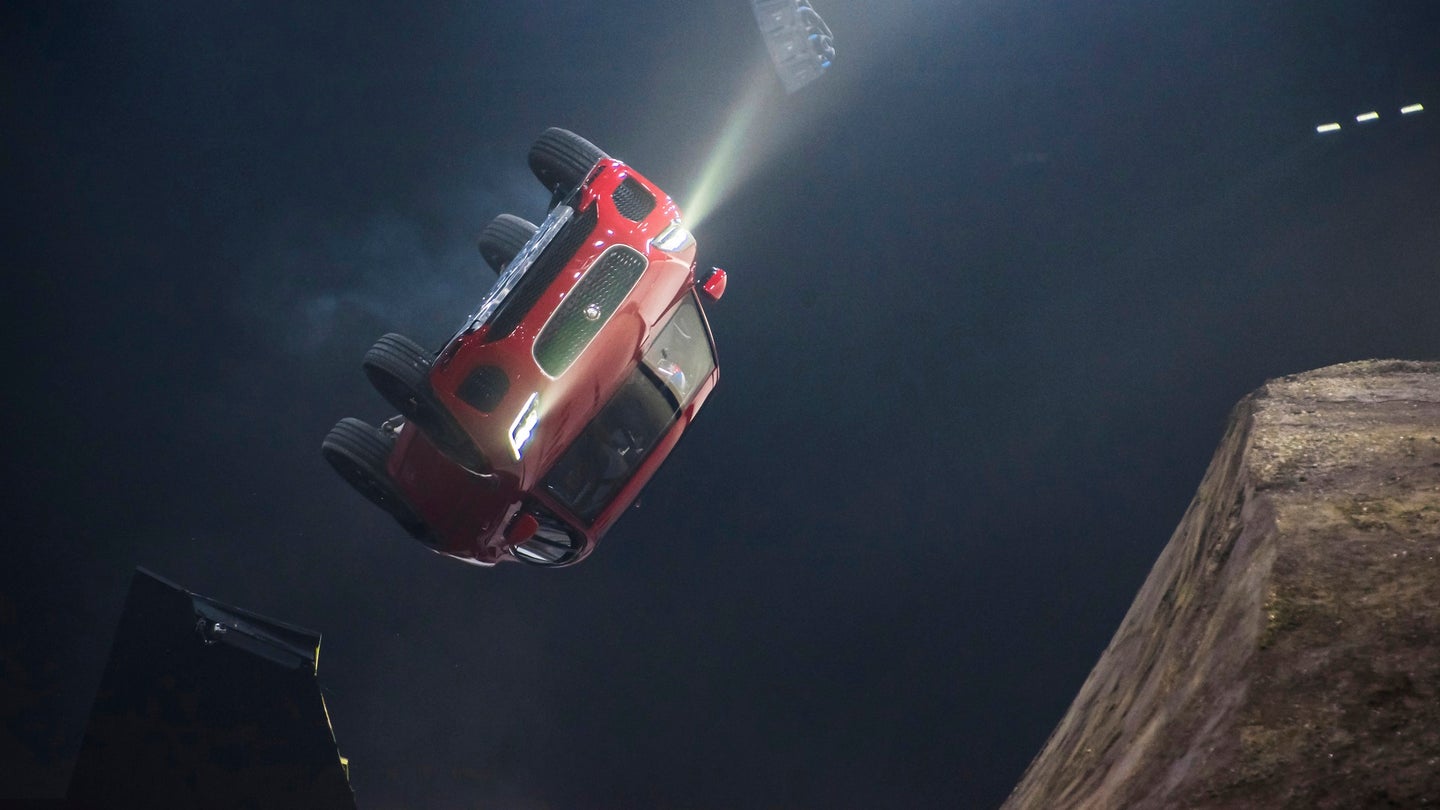 Someone at Jaguar must have played a little too much Star Fox. At Thursday's premiere of the new E-Pace in London, stunt driver Terry Grant set a new world record with a 15.3-meter corkscrew jump. This is somehow supposed to prove that the E-Pace lives up to Jaguar's "Art of Performance" philosophy. Regardless of Jaguar's marketing spiel, the E-Pace certainly looked good doing it.

This stunt became famous in the 1974 James Bond film The Man with the Golden Gun, when James Bond piloted a blatant product placed AMC Hornet X across a river, accompanied by a terrible slide whistle sound effect.

Though the Bond stunt looked cobbled together over a rickety bridge, quite the opposite is the case. Not only did the studio patent the jump so no other movie could use it, this was also the first movie stunt modeled by computer before attempting it in real life. Forty-three years later, Jaguar also designed the stunt by computer.

"Months of testing and analysis were completed to fine-tune the stunt, including achieving precisely the correct speed of run-up," said Jaguar in a press release. "The ramps were modeled extensively using CAD before any jumps took place. Terry experienced a G-Force of 5.5 during the 270 degree twist, and required a 525-foot run up to hit the air at the correct speed."

A Guinness World Records adjudicator was on hand to observe and certify the jump as the longest corkscrew jump for any production car. There have been longer corkscrew jumps, but those cars were modified for the task. "As far as I am aware, no production car has ever cleanly completed a bona-fide barrel roll," said driver Terry Sands in the press release. Perhaps that's why Jaguar chose to attempt this record. As long as the company completed it successfully, the record was theirs. The world record for the longest time driving in a roundabout was achieved in a similar manner, though without all the jumping and precise computer calculations.

The Jaguar E-Pace will be available starting later this year. Needless to say, you shouldn't attempt a corkscrew jump of your own, no matter how many times Star Fox's Peppy tells you to do a barrel roll.