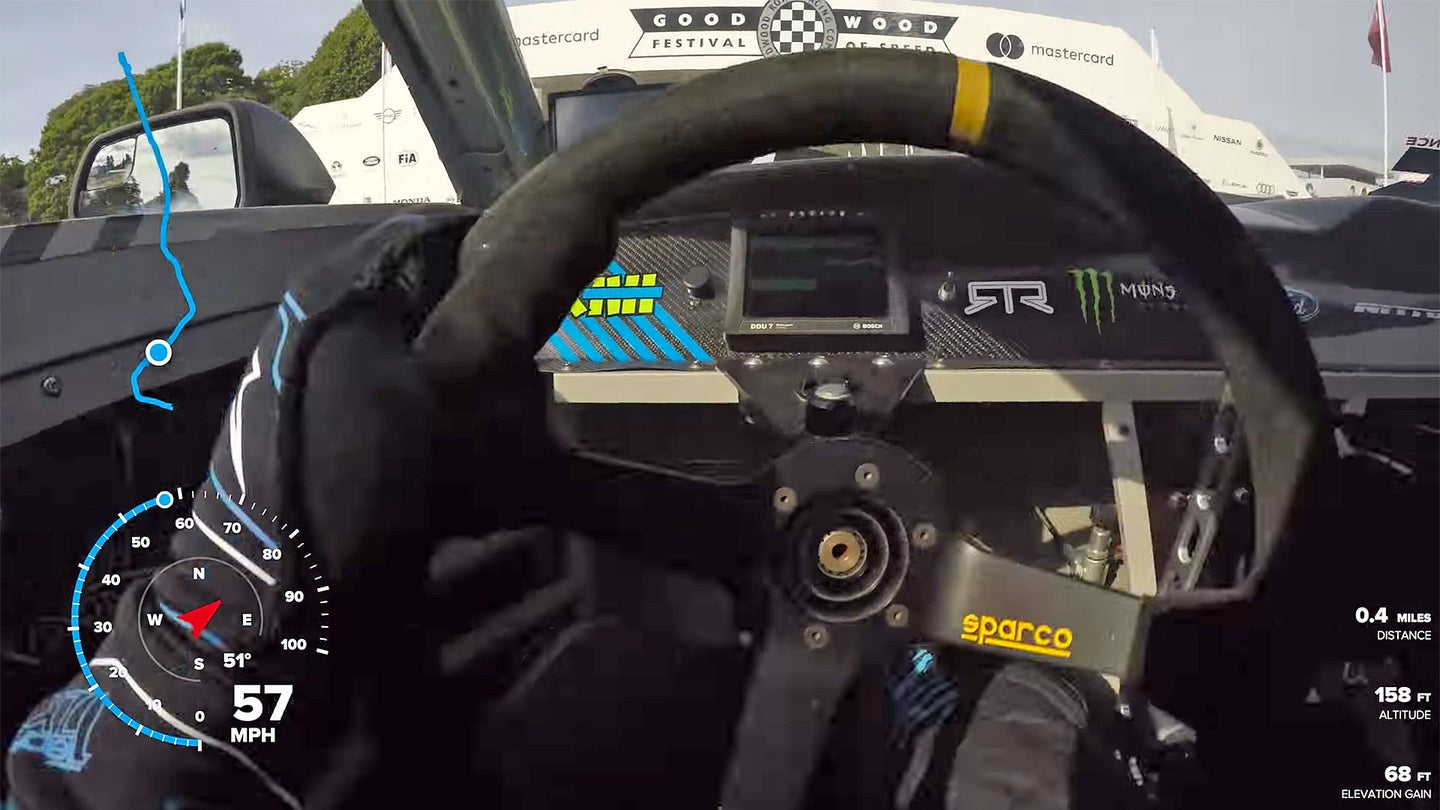 Let's face it: Goodwood Festival of Speed hill climb videos are a dime a dozen. Don't get us wrong, they're awesome—we are talking about supercars, vintage race cars, and other weird and wild speed machines blasting up a winding course at full whack—but after a certain number of videos, it starts to seem a little...rote.

But what about if you could see the hill climb from the perspective of one of the lucky bastards who actually gets to drive up it?

Well, if that sounds like your cup of tea, today's your lucky day. Because you can see what it's like to be Vaughn Gittin Jr. as he drifts his 950-horsepower Ford Mustang RTR Spec 5-D up the fabled course.

And when we say drift, we mean drift. Vaughn spends a good percentage of his Goodwood FOS run with the Mustang dialed into a nasty slide, countersteering all the way. Even when the 'Stang is pointed straight ahead, his hands are still a blur of motion, constantly providing microadjustments to the wheel all up the way the 1.16-mile course.

Of course, this is Vaughn Gittin Jr. we're talking about here. So he does take a break along the way to show the assembled crowd of Brits how to make some tasty donuts in the traditional American fashion before completing his blast up the hill. According to the speedometer that's projected on the video, he keeps his velocity at or below highway speed the whole time...but damn if it doesn't look like more fun than a lot of Goodwood runs that go way, way faster.

And if you want a little more of Vaughn's Goodwood go, here's the external view.