Nothing like watching 10 tons of metal show physics who's boss. 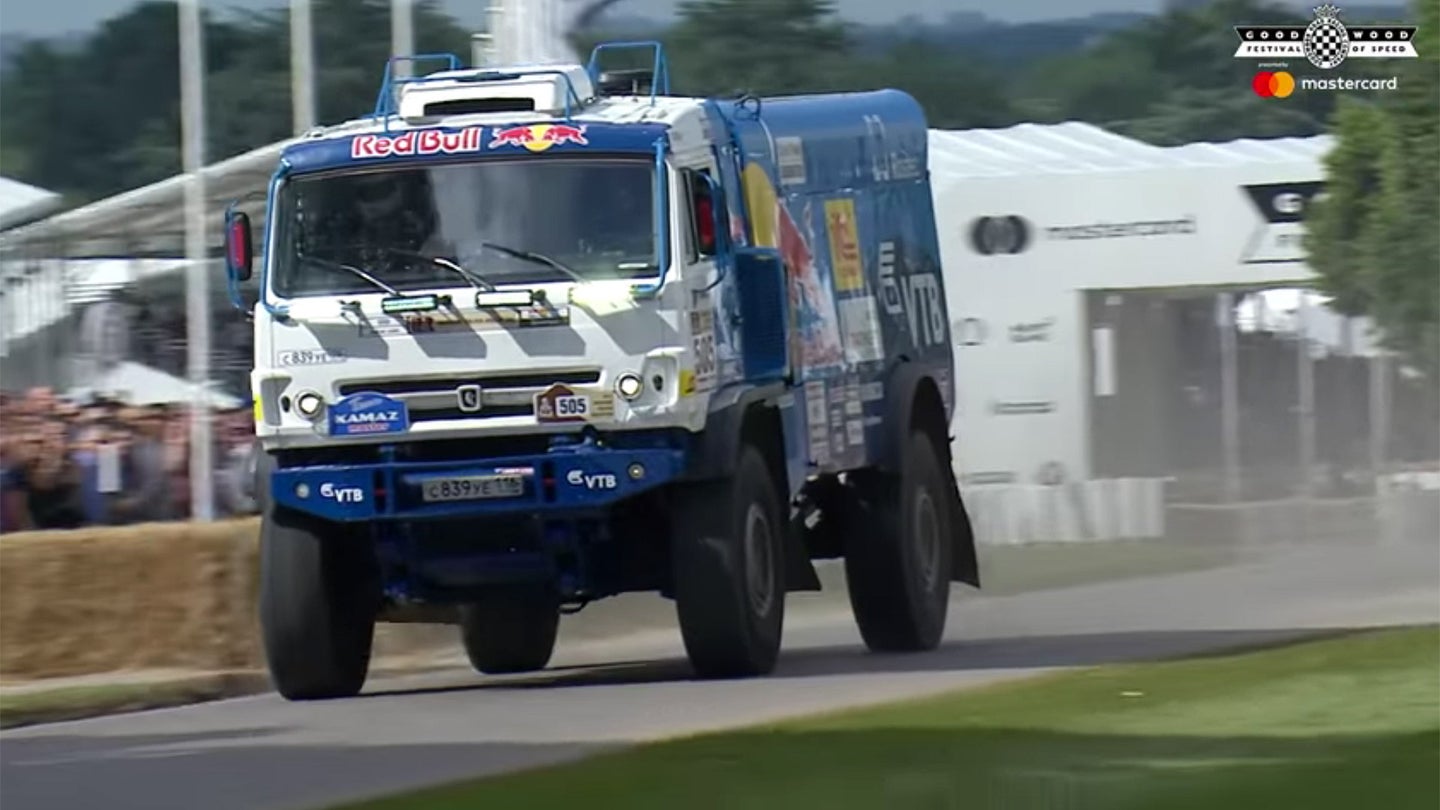 The Goodwood Festival of Speed's hillclimb is one of the few places on Earth where the masses can gather and see some of the rarest vehicles in existence—classic race cars, modern-day supercars, etc.—in motion. But while the likes of the Bugatti Chiron and the Ford RS200 Evo 2 are entertaining as hell to watch being caned up a winding road course, few things can match the batshit insanity of seeing a giant, 1,000-horsepower Dakar Rally truck scramble up the Goodwood hillclimb.

Based on the design and the number on the door, this truck appears to be the same goliath we saw blasting around the wilds of Russia in slow-motion in a video posted online earlier this month. Which means it's powered by a turbocharged 16.2-liter diesel engine, and has the ground clearance and suspension travel to handle every bit of nastiness liable to be thrown its way during the 5,900-mile journey from Russia to China.

The truck is a little slow off the line, especially compared with some of the other launches we've seen at the Goodwood hillclimb—but that's to be expected, considering this is a 10-ton truck packing a turbodiesel engine. Once it's moving, however, there's no stopping this giant Russian rally truck as it races its way up the 1.16-mile course, drifting back and forth and looking like it's on the bleeding edge of control half the time. It's not the first time one of these giant rally trucks has made its way up the Festival of Speed's signature event...and we damn sure hope it won't be the last.