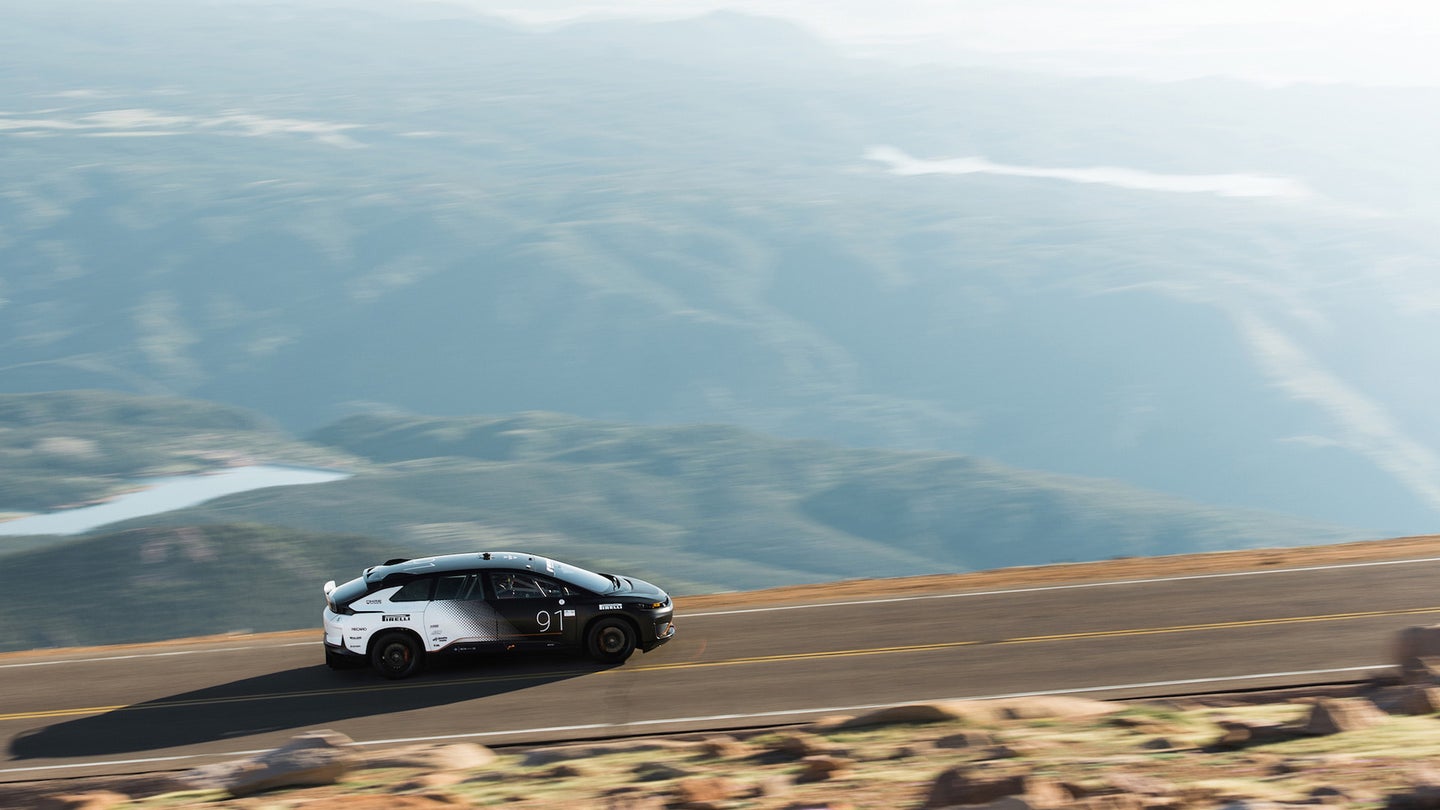 Electric auto company Faraday Future brought a pre-production example of its FF 91 crossover-thingy to the Pikes Peak Hill Climb last weekend and set a new record for fastest "production" electric car up the hill. Now, we have in-car video of the electric vehicle's run.

The FF 91 was first shown off to the world at CES 2017 in January. At its unveiling, Faraday Future announced that the car would be to launch from 0 to 60 in just 2.39 seconds. The car company also showed off the handling capabilities of one of its FF 91 test mules in a slalom setup at the car's launch. To us, the electric car's moving abilities were pretty damn impressive considering how the car looked—long, heavy, and boat-like. And it looks like those characteristics helped the FF 91 during its Pikes Peak run last weekend.

The FF 91, driven by British sports car racer Robin Shute, set a time of 11 minutes and 25.082 seconds racing up the mountain. This run beat the previous electric production car record set by a Tesla Model S in 2016.

"My goal was to push the FF 91 beyond what we thought she could do," said Shute, according to a press release. "We were able to identify key battery pack relay and system seal issues that will directly result in improvements in the production process. That's what makes this a successful event for Faraday Future."