Johnny Blaze is gonna be pissed if he finds out you're stealing his schtick, Peter. 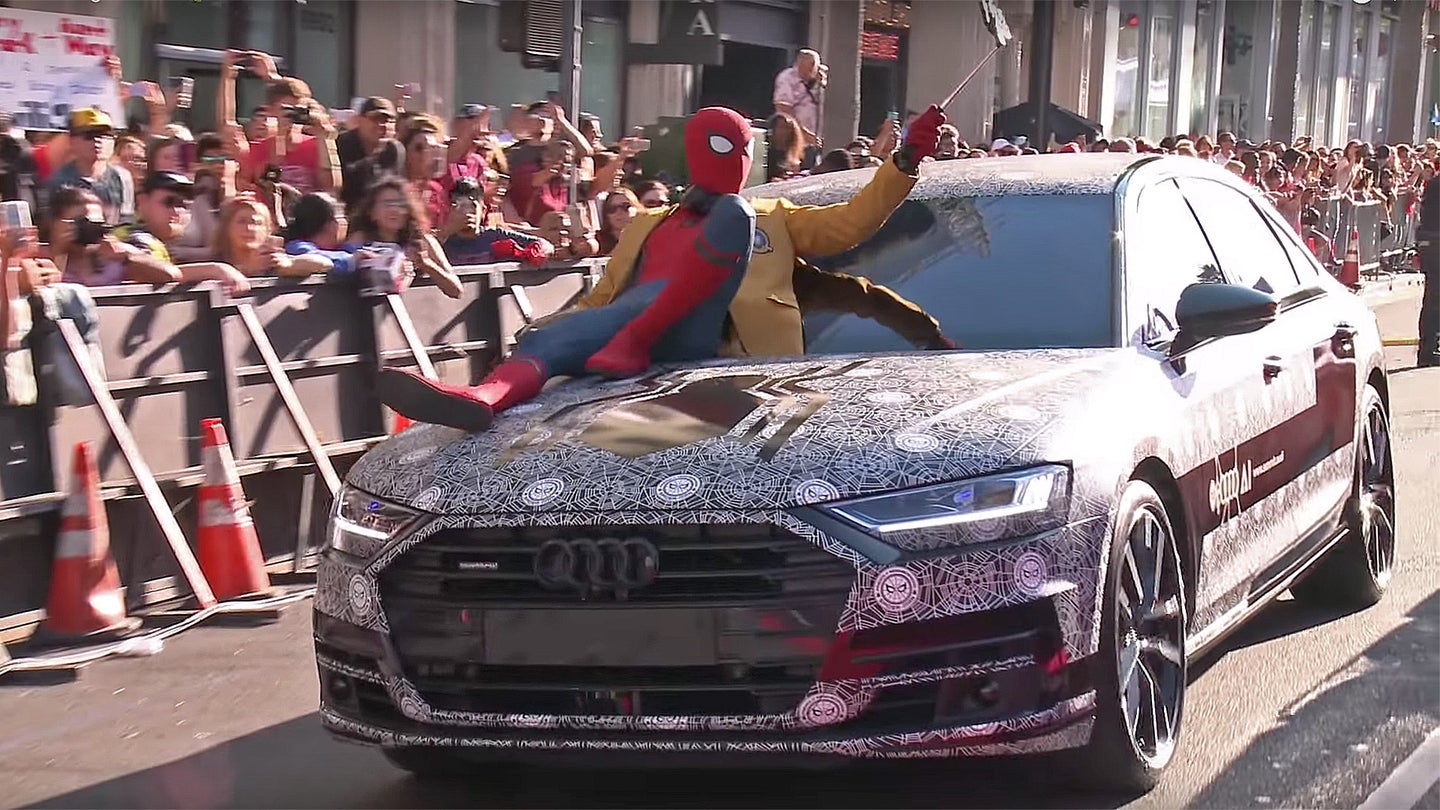 All right, all right—we stretched the truth a bit. Technically speaking, Spider-Man isn't ghost-riding the whip in the new 2018 Audi A8 as it rolls up to the premiere of Spider-Man: Homecoming; someone else is behind the wheel while the web-slinger sprawls out on the hood. Considering the new A8 will come with Level 3 autonomous driving features that let it cruise along under its own guidance in certain conditions, however, crawling onto the hood while the car is in motion does seem exactly like the sort of thing a teenage driver with superhuman agility and the ability to cling to any surface would do.

Also disproving our case: Spider-Man isn't real. (A fact which came as quite the blow to your author as a child.) In this case, he seems to be played by some sort of stunt performer, given the impressive flip he does off the Audi's hood and the speed with which he "changes" into actual Spider-Man: Homecoming star Tom Holland.

The all-new A8's presence as the star car at the new Spider-Man movie's Hollywood premiere is just a tiny piece of the new luxury sedan's deep-set relationship with the latest movie in the Marvel Cinematic Universe, part of a partnership between Audi and the MCU that stretches all the way back to the first Iron Man film in 2008. (In something of a callback to that, Robert Downey Jr. and Jon Favreau rolled up to the Spider-Man: Homecoming premiere in a new R8 Spyder.)