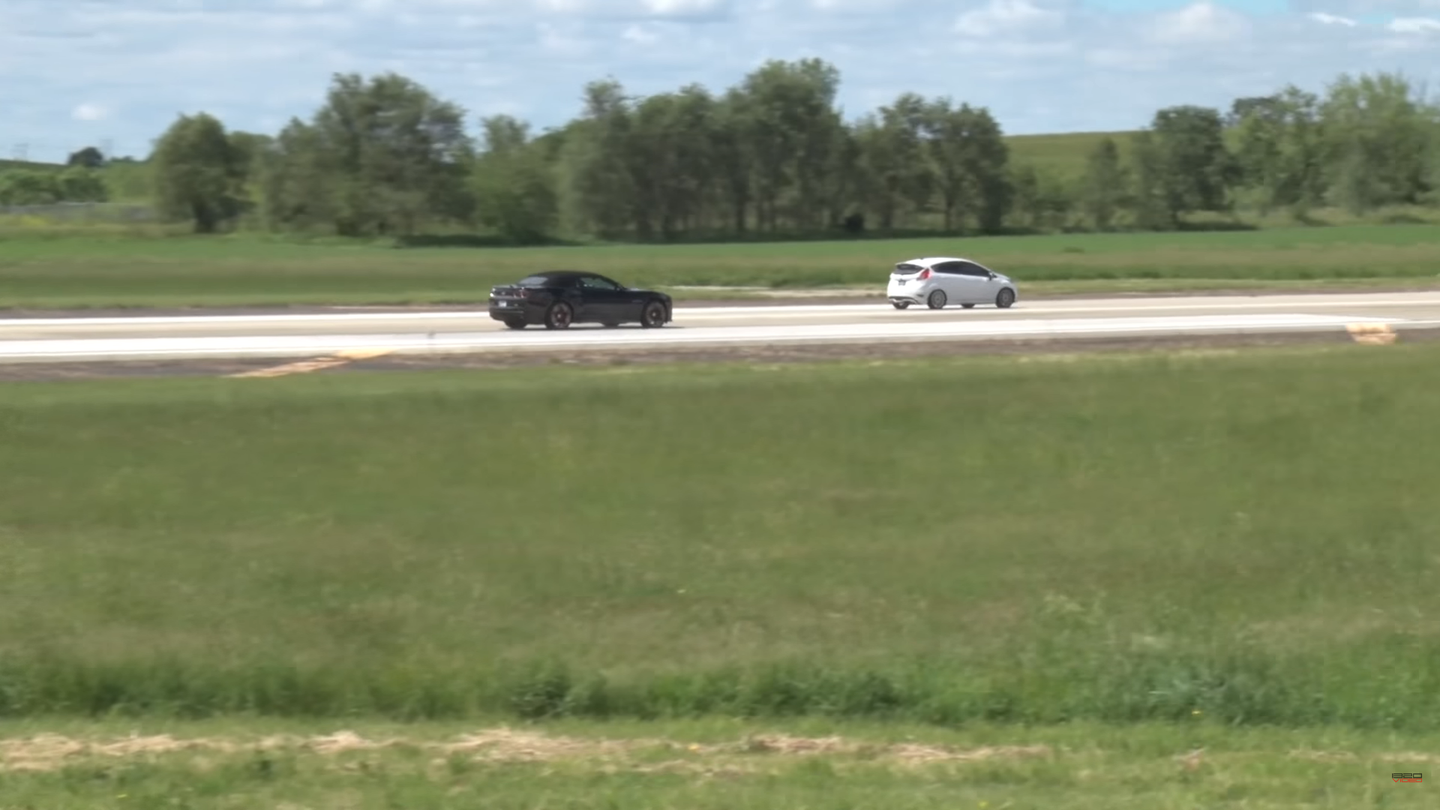 Drag racing is a quintessential part of car culture and a must-do for anyone looking to put his or her car through its paces. It applies the same, basic concept of racing in a straight line to see who's the fastest, but comes in many forms. Participants can range from NHRA Funny Cars with thousands of horsepower to stock minivans with nothing to lose. Drag racing is a great way to test your car's top speed or see how your customized performance car fares against similarly modded vehicles. YouTube channel 1320video's latest film displays the latter as a custom Ford Fiesta ST beats a slew of other performance cars on the strip.

This 2015 Fiesta ST has almost every bolt-on you can think of installed. The owner says it's probably pushing 360-plus horsepower with help from the turbocharger kit alone. That's Focus RS territory from a car that goes for under $20,000 new and weighs 2700 pounds. Not that this car needs more power, but it could definitely benefit from a tune to make it even more insane.

The Fiesta had its successful weekend at Omega Motorsport's No Fly Zone Midwest in Rantoul, Illinois, an annual gathering of drag racers looking to drive the half-mile mile at crazy speeds.

The owner wanted to challenge anyone he could to a race, and clearly had all of his cards in order because he annihilated almost everyone he contested. Notable victories were surprising, as the mighty Fiesta beat a Lancer Evo, Supra, Golf R, and Camaro ZL1. You can tell that the turbo kit is the big reason that the ST won every time: in each race, the Fiesta's competitor pulls ahead at the start, but the ST's boost kicks in a few seconds into the race and the car shoots past its competition.

It wasn't all fun and games though; the Fiesta ST broke down on at least two consecutive runs. Although neither problem was catastrophic, the owner plans to install a bigger turbocharger and come back next year to have another go.